Father of soldier slain in Iraq turns his grief into action 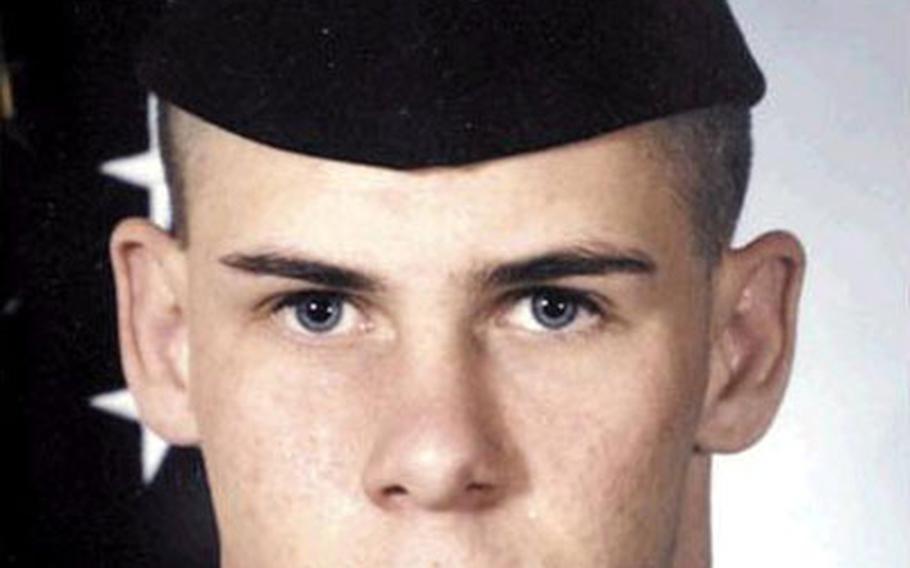 To mark the first anniversary of the Iraq war, Bill Mitchell carried a sign during the March 20 protest that read &#8220;Bring My Son Home Now.&#8221;

He told his family that his unit, known as the Iron Dukes, planned to leave Iraq on April 11. He died just a week before.

Then, his comrades had their tour in Iraq extended by four months. Instead of coming back to Germany to plan his August wedding, Mitchell, who was posthumously promoted, made a final journey back to California, where he was cremated.

No back-slapping welcomes or long embraces will happen now. Instead there a sobs of relief replaced by tears of sorrow.

His son&#8217;s death also compelled the father, an Army veteran, to speak out about the war.

He recently stood up for a civilian defense contractor who lost her job after The Seattle Times published her photographs of U.S. military coffins leaving Kuwait. He believes his son&#8217;s casket was among those that made the press.

Since the Iraq war began, the Pentagon banned journalists from taking photographs at Dover Air Force Base in Delaware, the first stateside stop for fallen soldiers returning home.

In April, the Air Force released more than 350 photographs, in response to a Freedom of Information request. The photos show airmen arranging flags on caskets inside a C-17 Globemaster and honoring them as they depart the aircraft.

But Mitchell said he believes the motive is political.

On May 4, one month after his son&#8217;s death, Mitchell mailed a harsh reply to Rumsfeld. He sent a copy to California Gov. Arnold Schwarzenegger, along with a flier for his son&#8217;s memorial fund.

While caring for Bianca is Mitchell&#8217;s priority, he also hopes to erect a memorial for Michael at a California park and send care packages to his son&#8217;s fellow soldiers.

He headed back to America this week, hoping to explain things to family and friends.

As part of the grieving process, Mitchell is trying to understand just how his son died. He&#8217;s been told conflicting information. His son was manning a machine gun and had killed three Iraqis before receiving a fatal shot to the head, Mitchell said.

He hopes to meet those soldiers later this summer, when they return from Iraq, Mitchell told his son&#8217;s company commander in a recent letter.

&#8220;I will be there to hear the stories from those who served with Mike, as unfortunately, my son will never be able to tell me himself.&#8221;