Fast rope: Reach out, hold on and slide 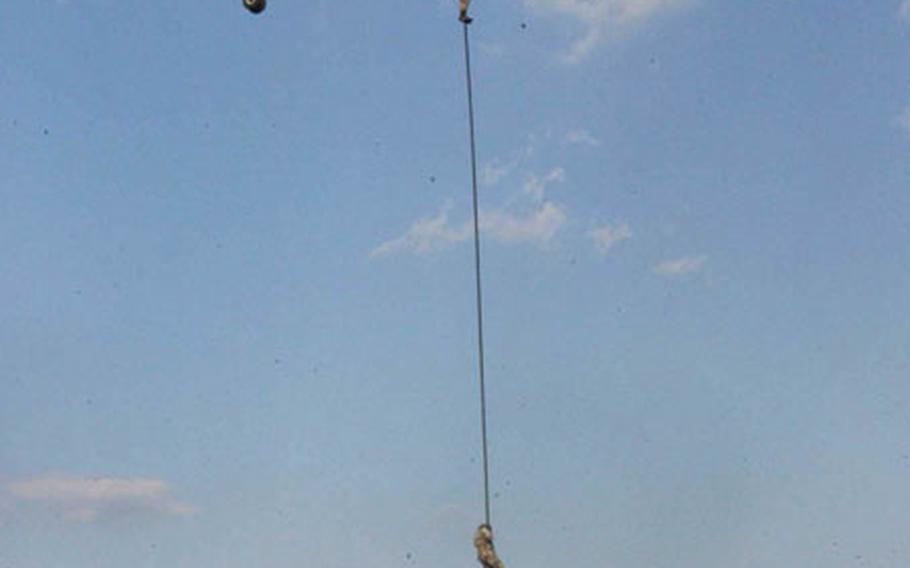 Philippine servicemembers rappel 70 feet from a U.S. Marine CH-46 as part of a fast rope jump during Balikatan 2003 at Clark Air Base, Philippines. (Juliana Gittler / S&S)

Philippine servicemembers rappel 70 feet from a U.S. Marine CH-46 as part of a fast rope jump during Balikatan 2003 at Clark Air Base, Philippines. (Juliana Gittler / S&S) 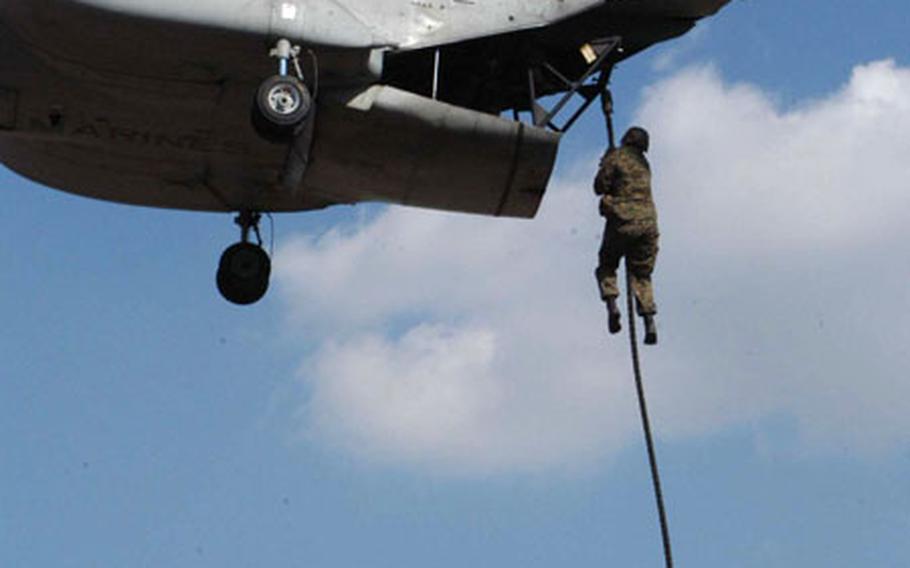 A U.S. Marine rappels 70 feet from a CH-46 as part of a fast rope jump during Balikatan 2003 at Clark Air Base, Philippines. (Juliana Gittler / S&S) 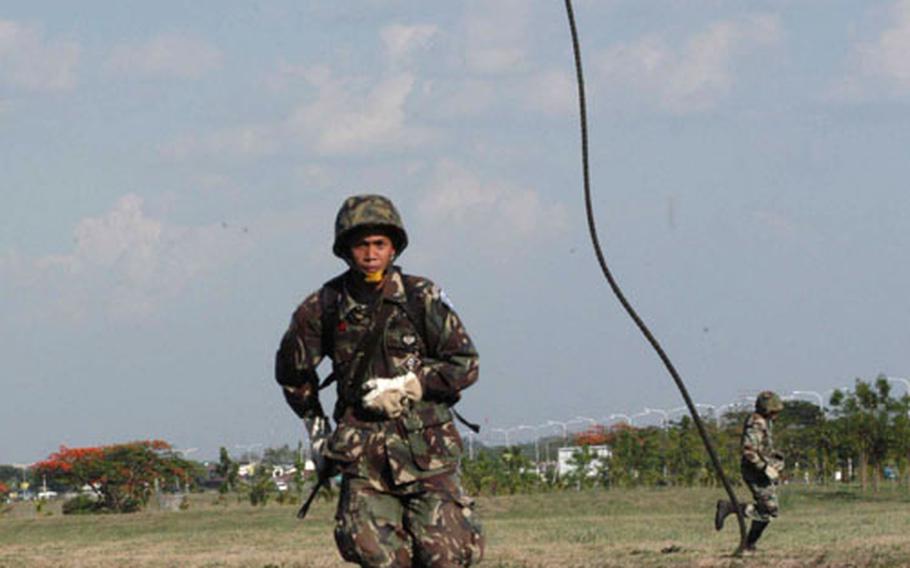 CLARK AIR FIELD, Philippines &#8212; It&#8217;s the final second that gets you, before reaching out to a rope dangling 70 feet above a hard, dirt field.

&#8220;You just have to drop your body out before your feet connect,&#8221; said Marine Sgt. Jorge Maleno, one of about 40 U.S. and Philippine servicemembers who rappelled from a hovering CH-46 helicopter during Balikatan 2003 in the Philippines.

Marines usually practice rappelling from fixed objects, Maleno said: &#8220;You get used to doing it off the tower.&#8221;

Fast-roping from a helicopter allows Marines to land where a helicopter can&#8217;t: on a mountain, a forest or a rooftop, said Staff Sgt. Samuel Turner of the 2nd Battalion, 7th Marines regiment.

Turner&#8217;s battalion, from Twentynine Palms, Calif., is temporarily stationed on Okinawa and joined Balikatan from there.

The rappellers at Clark Air Field, a former U.S. air base, dropped 70 feet during their exercise. But the rope extends to 90 feet, Turner said. Others are 120 and 150 feet long.

The key, many rappellers say, is not to hold on too tight or the thick, green rope will burn your hands, even through gloves.

After stepping from a dark aircraft into bright sunlight and deafening sound from the props, you quickly realize there&#8217;s nothing holding you to the rope but your hands and feet. To get there, you reach out, hold on until your feet hit the rope and slide down fast. It takes about 3-4 seconds to drop 70 feet. Most of the time, you land OK.

Kirsch said fast-roping is fun most of the time. Waiting on the ground is the toughest part.