Famous vets concerts over the years 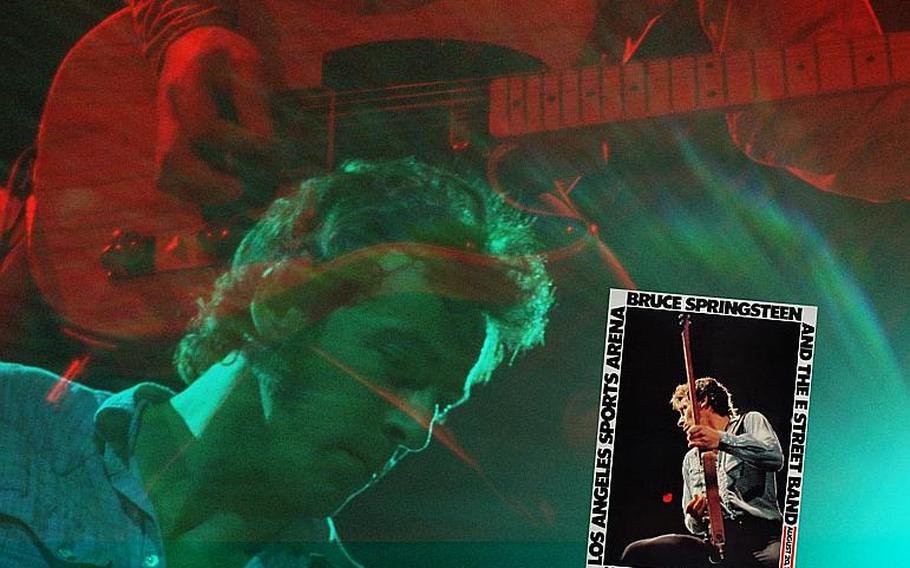 In 1981, Bruce Springsteen held a benefit concert and presented a $100,000 check to Vietnam Veterans of America. (Background photos courtesy of Sh)

Joe Walsh is hosting the first all-star concert to support VetsAid, his recently formed nonprofit organization that intends to help fund veteran-based charities. The guitarist, a Rock and Roll Hall of Famer as a member of the Eagles, has long been a friend of servicemembers. His benefit show has precedent, too. Here are four notable instances in which rock stars turned out to support the troops.

Springsteen didn&#8217;t go to Vietnam, but he was affected by the war when Bart Haynes, the drummer from his garage band, was killed there. He took an intense interest in the struggles of Vietnam veterans after reading Ron Kovic&#8217;s memoir &#8220;Born on the Fourth of July,&#8221; and looked for a way to help. It wasn&#8217;t hard to find an outlet. Vietnam Veterans of America, founded in 1978 as the Council of Vietnam Veterans to address the needs of vets, was on life support. The Boss threw them a lifeline in the form of a sold-out benefit concert and a $100,000 check to the VVA. &#8220;Unless we&#8217;re able to walk down those dark alleys and look into the eyes of the men and women that are down there and the things that happened, we&#8217;re never gonna be able to get home,&#8221; Springsteen told the audience that night. It was the beginning of a lifelong commitment to veterans by Springsteen.

This show, organized by nonprofit Welcome Home Inc., was held in conjunction with a telethon to raise funds for veterans groups and shown via tape-delay on HBO. The most memorable musical moment came when former Creedence Clearwater Revival frontman John Fogerty ended his 13-year boycott of playing CCR songs due to a legal dispute with his former record label. Among the songs played by Fogerty, who served in the Army Reserve during the Vietnam War, were anthems to troops in-country such as &#8220;Who&#8217;ll Stop the Rain,&#8221; &#8220;Fortunate Son&#8221; and &#8220;Bad Moon Rising.&#8221;

Stand Up for Heroes, presented annually by the Bob Woodruff Foundation and the New York Comedy Festival to honor injured servicemembers and support veterans organizations, consists primarily of stand-up comedy sets. However, the sixth annual benefit featured a poignant musical moment. Waters, a founding member of Pink Floyd, not only honored veterans -- he invited them to join his band. Waters knew the cost of war. His grandfather was killed in World War I and his father died in WWII. The bassist and songwriter took his empathy a step further, rehearsing with 14 wounded servicemembers he met at Walter Reed Army Medical Center in Washington, D.C., and joining them on stage for a three-song set that included the Floyd classic &#8220;Wish You Were Here.&#8221;

The free Veterans Day show, which drew more than 100,000 fans on a school night, was broadcast live on HBO. Organized to focus on the need to support veterans of the wars in Iraq and Afghanistan, the show featured performances by Dave Grohl, the Zac Brown Band, Rihanna, the Black Keys, Carrie Underwood, Jessie J, Jennifer Hudson, Bruce Springsteen, Metallica and Eminem. Despite the feel-good nature of the event, some feathers were ruffled by Grohl, Springsteen and Brown performing CCR&#8217;s anti-war song &#8220;Fortunate Son&#8221; and show closer Eminem issuing the greeting &#8220;Happy m*****f***ing Veterans Day.&#8221; Metallica seemed to get the tone just right by inviting dozens of servicemembers and their families onto the stage for their set. &#8220;We finally get to play for OUR heroes,&#8221; frontman James Hetfield said.