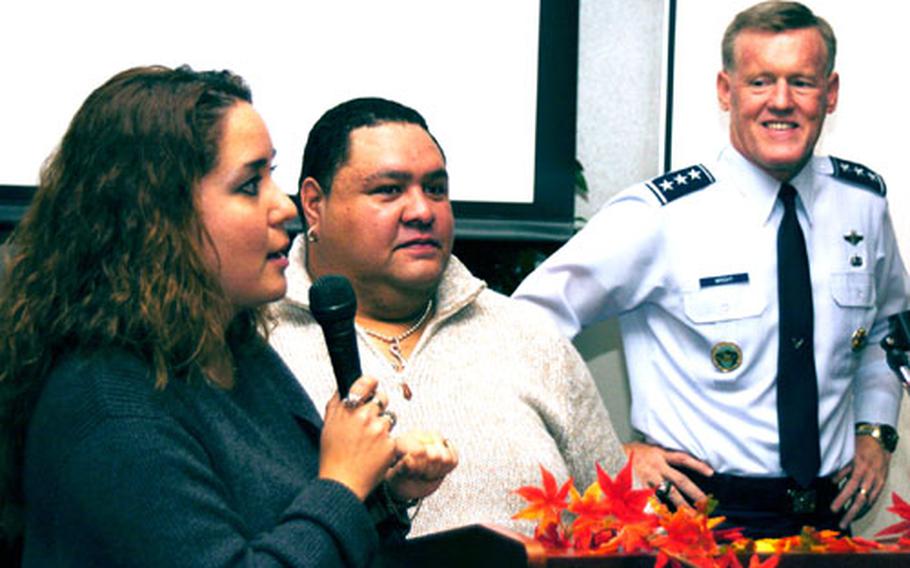 Christine Kalina explains the robes and equipment that her husband, Chad Rowan, center, better known as Akebono, used in his tournaments for members of the Yokota Officers Spouses Club on Tuesday. Looking on is Lt. Gen. Bruce A. Wright. Rowan, a legendary sumo wrestler, lives near Yokota. (Christopher B. Stoltz / S&S)

Christine Kalina explains the robes and equipment that her husband, Chad Rowan, center, better known as Akebono, used in his tournaments for members of the Yokota Officers Spouses Club on Tuesday. Looking on is Lt. Gen. Bruce A. Wright. Rowan, a legendary sumo wrestler, lives near Yokota. (Christopher B. Stoltz / S&S) 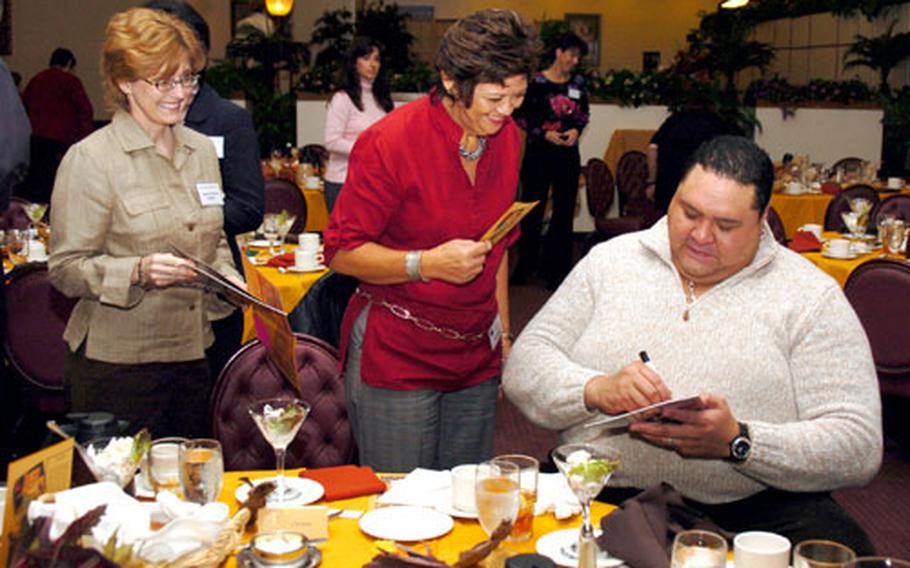 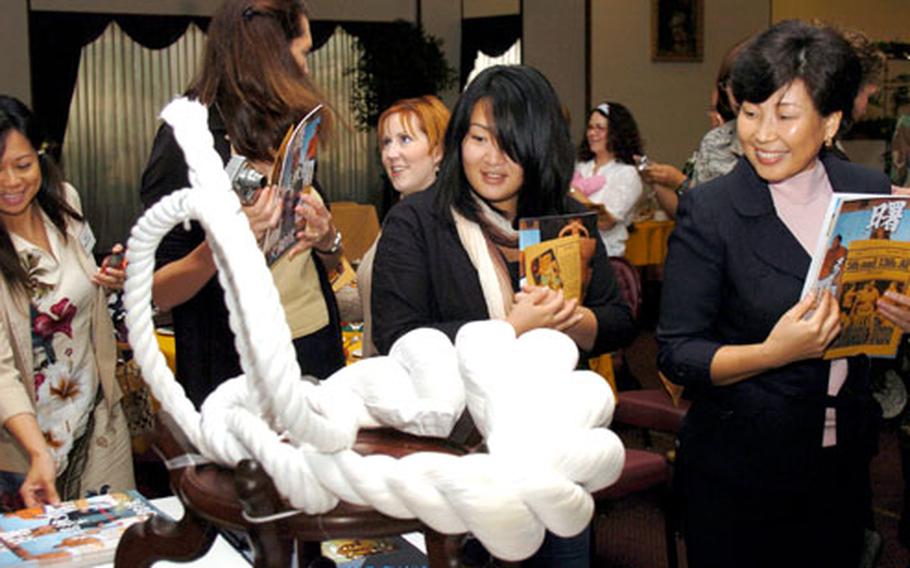 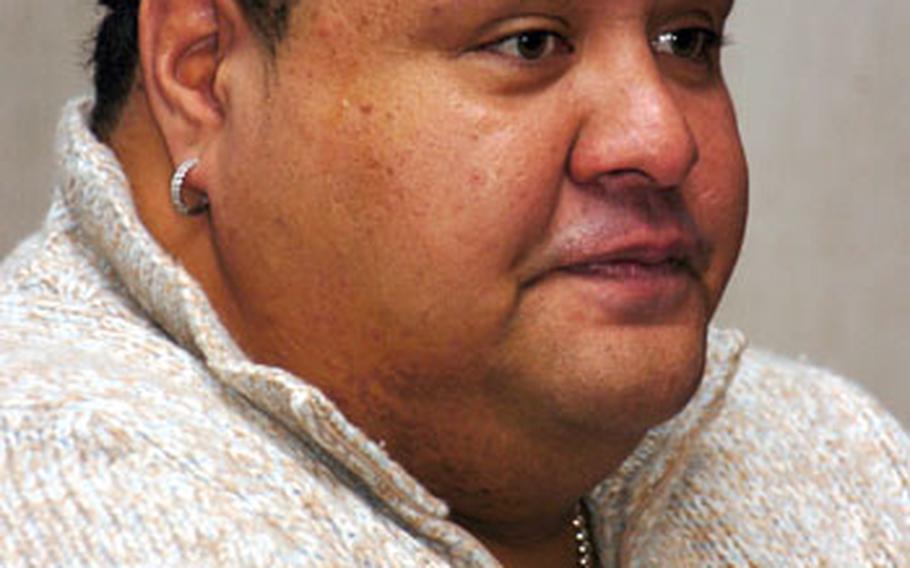 YOKOTA AIR BASE, Japan &#8212; When he left his home in Hawaii to become a sumo wrestler, Chad Rowan didn&#8217;t expect to find a little slice of America in Japan.

The slice was Yokota Air Base, and it was love rather than thundering combat on the sumo dohyo that led him to it.

Known by his sumo name, Akebono Taro, Rowan made his professional debut in 1988 and soon became one of the Japanese national sport&#8217;s most legendary practitioners.

He recently spoke to the Yokota Officers&#8217; Spouses Club about his career, life in Japan and his connection with the base.

It was a sad occasion that introduced him to his future. At his grandfather&#8217;s funeral, Rowan was approached by a family friend, who later became his stable master, and asked the 18-year-old to move to Japan.

Rowan said the hardest part of training was not the physical work but the respect owed to senior wrestlers.

Starting out, he had three major goals: win 10 tournaments, win the Emperors Cup and wrestle into the next century.

Rowan quickly achieved status as yokozuna &#8212; the highest rank in sumo &#8212; and was the first foreigner to do so. He won the Emperors Cup 11 times and retired after 13 years with a professional record of 566 wins and 198 losses while wrestling in the top division.

One person who always cheered him on is his wife, Christine Kalina. He met her when she lived at Yokota Air Base, where she continues to work.

He recalled fondly the first thing he told her when they started dating: &#8220;I didn&#8217;t realize home was so close to the stable,&#8221; referring to the coziness he felt at Yokota.

The couple married in 1998 and have lived in the Yokota area since. Rowan said that as an easily recognizable celebrity in Japan, one of benefits of having access to a restricted military facility is the privacy it affords.

His children attend Yokota&#8217;s schools, and he maintains strong community relations with the base, attending events such as Asian-Pacific Heritage celebrations, the Special Olympics and school graduations to help show his support.

Other bases have big pluses for him, too.

Lt. Gen. Bruce A. Wright, U.S. Forces Japan commanding general, described Rowan at the Spouses Club meeting as a man with a &#8220;humble commitment to doing the right thing.&#8221;

For some, Rowan&#8217;s presence was particularly special.