Famous horticulturist’s site is an eclectic treasure of gardens, steam engines and more Michael Meeks plays with his two daughters, Naomi (standing at side of truck) and Hannah, at Bressingham Steam and Gardens Centre in Norfolk near Diss. The family-friendly attraction is about a 40-minute drive from RAFs Lakenheath and Mildenhall. (Charlie Reed / S&S)

Michael Meeks plays with his two daughters, Naomi (standing at side of truck) and Hannah, at Bressingham Steam and Gardens Centre in Norfolk near Diss. The family-friendly attraction is about a 40-minute drive from RAFs Lakenheath and Mildenhall. (Charlie Reed / S&S) 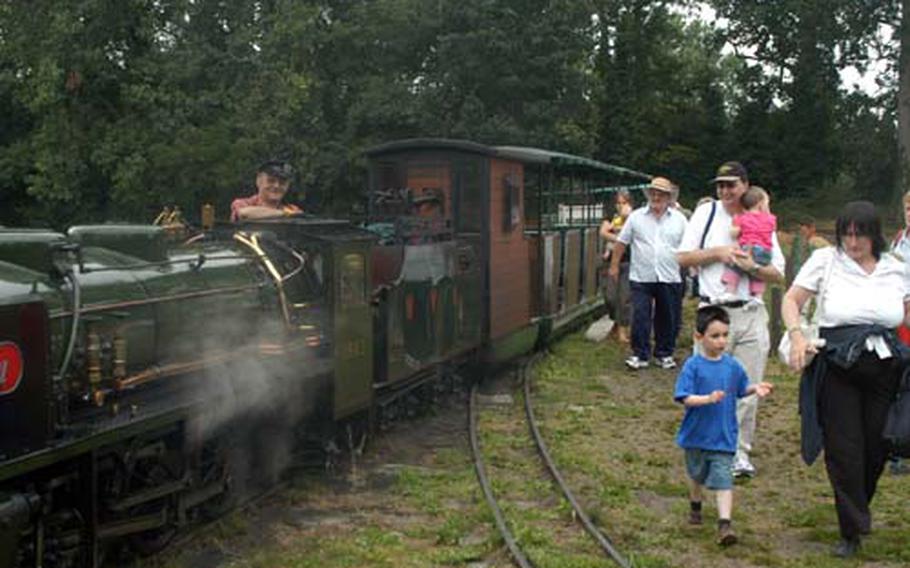 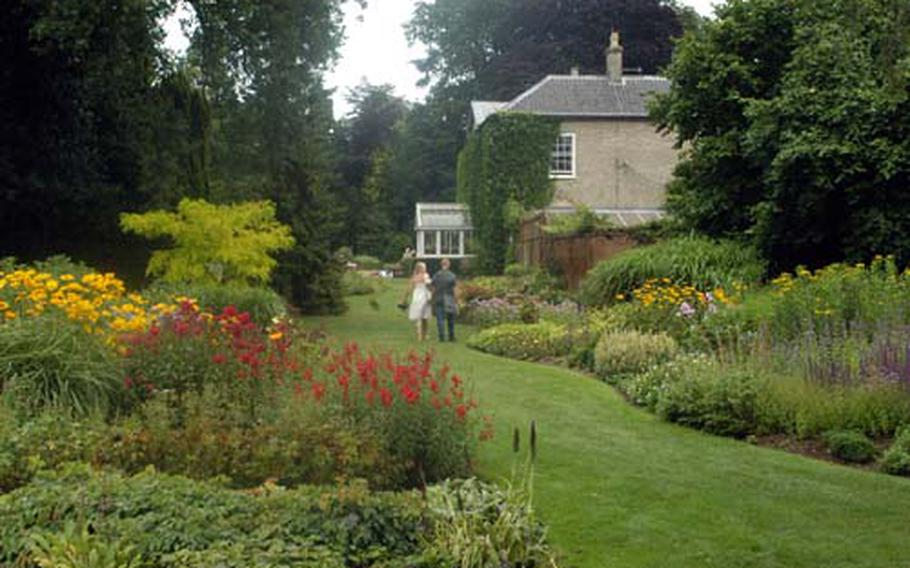 A couple strolls through the Dell Garden at Bressingham Steam and Gardens Centre. Located in Norfolk, near Diss, the family-friendly attraction is also an ideal place for couples to spend the day. (Charlie Reed / S&S) 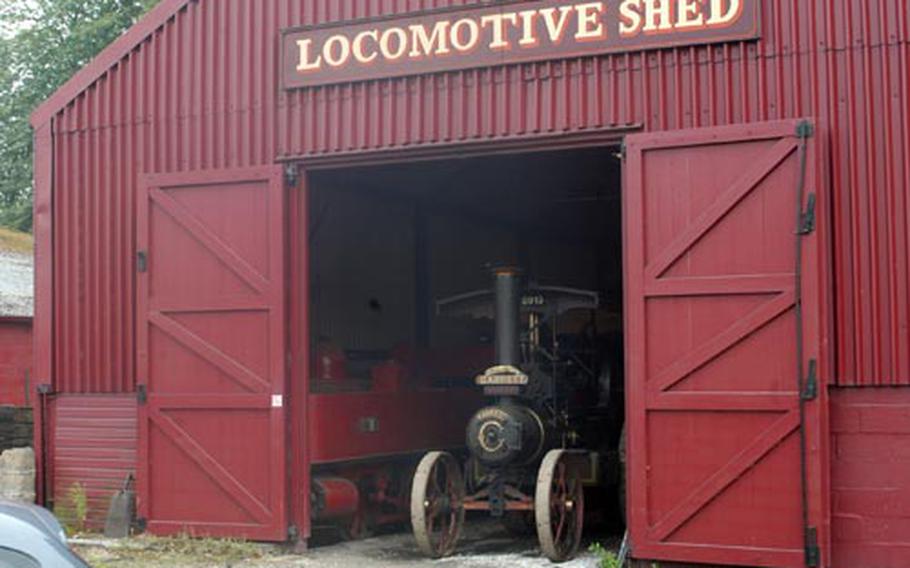 The locomotive shed at Bressingham Steam and Gardens Centre houses engines that are under repair at the site, which is affiliated with the National Railway Museum. (Charlie Reed / S&S)

And let us not forget the children, who can&#8217;t help but love the mock steam engines that crisscross the 20-acre site in rural Norfolk, only about a 40-minute drive from RAFs Lakenheath and Mildenhall.

The sprawling gardens have plenty of meadows for picnicking and exploring. Poking around the lush flower beds provides fresh air and lovely views at every turn. Take a seat in the summer house, a tiny, thatched-roof hut, in the Dell Garden then stroll through the coniferous Foggy Bottom Garden. There&#8217;s also a wholesale and retail garden center attached to the grounds for those who want to leave with a bit of flora for themselves.

There&#8217;s no connection between the English gardens/steam museum attraction except for the founder, Alan Bloom (who also originally opened the commercial nursery next door.) The horticulturist left a landscaping legacy with his "Island Beds" &#8212; a twist on the British aesthetic whereby the tallest plants and flowers emerge from the center of the manicured plot.

Well-known among the country&#8217;s gardening circuit from his appearances on the British Broadcasting Corp.&#8217;s "Gardener&#8217;s World," Bloom eventually retired from the green life and began concentrating on his hobby and second passion, steam engines, until he died at 98 in 2005.

"When he grew up [steam engines were] something he trusted more than petrol engines," said Alastair Baker, marketing manager at Bressingham.

The site boasts an impressive collection of retired royal coaches and vintage wooden locomotives, most of which are not only on display but fully functional. There are several staff engineers and more than 100 volunteers who also restore steam engines.

Affiliated with the National Railway Museum in York, the Bressingham center is gearing up to unveil its latest million-pound revival project: the Royal Scot, one of three historic trains that once competed to be the fastest ride between England and Scotland.

Even if you&#8217;re not particularly interested in steam engines, it&#8217;s an inviting display. Make sure to check out the "Dad&#8217;s Army" collection in the exhibition hall for a look at some of the props and sets used in the British cult-classic TV show about World War II.

The county fair-esque rides and gaming tents are sure to be a hit among the kids. The family-friendly cafe next to the carousel has plenty of outdoor seating to watch the fun and have a tea. For a bite outside the playland experience, hit the restaurant, which is a bit quieter and more formal.

Bressingham Gardens and Steam Centre attracts a pretty good crowd during the summer, especially during British school holidays. It&#8217;s a place to be enjoyed by the young and old looking for a relaxing day of lollygagging.

"It&#8217;s great for the kids, even if it rains, there&#8217;s plenty to do inside," said Newmarket resident Julia Meeks, who spent a recent afternoon at the property with her family. "It&#8217;s so good, this is our second visit."