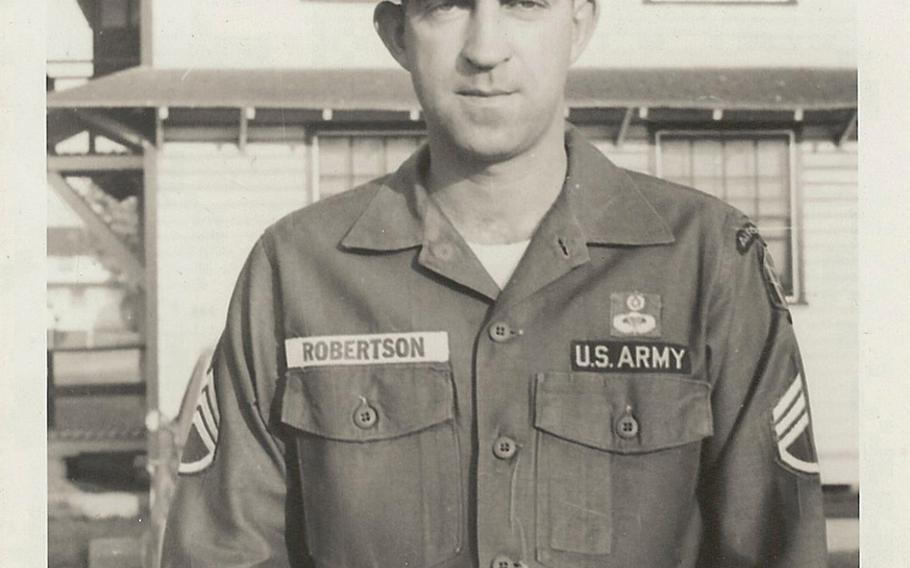 The family of Army Sgt. 1st Class John Hartley Robertson, seen here, has launched a GoFundMe.com page to raise the $15,000 needed for an exhumation and DNA test on Robertson's mother to see if a man in a remote village in Vietnam is in fact the missing Special Forces soldier as he claims to be. The search for answers was documented in a controversial film earlier this year titled "Unclaimed." (Courtesy of Myth Merchant Films)

The family of Army Sgt. 1st Class John Hartley Robertson, seen here, has launched a GoFundMe.com page to raise the $15,000 needed for an exhumation and DNA test on Robertson's mother to see if a man in a remote village in Vietnam is in fact the missing Special Forces soldier as he claims to be. The search for answers was documented in a controversial film earlier this year titled "Unclaimed." (Courtesy of Myth Merchant Films) 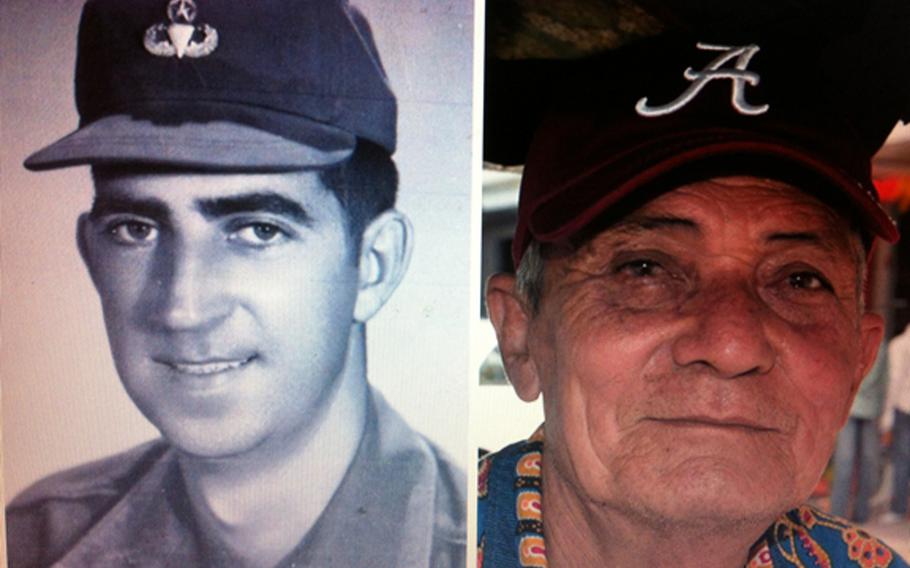 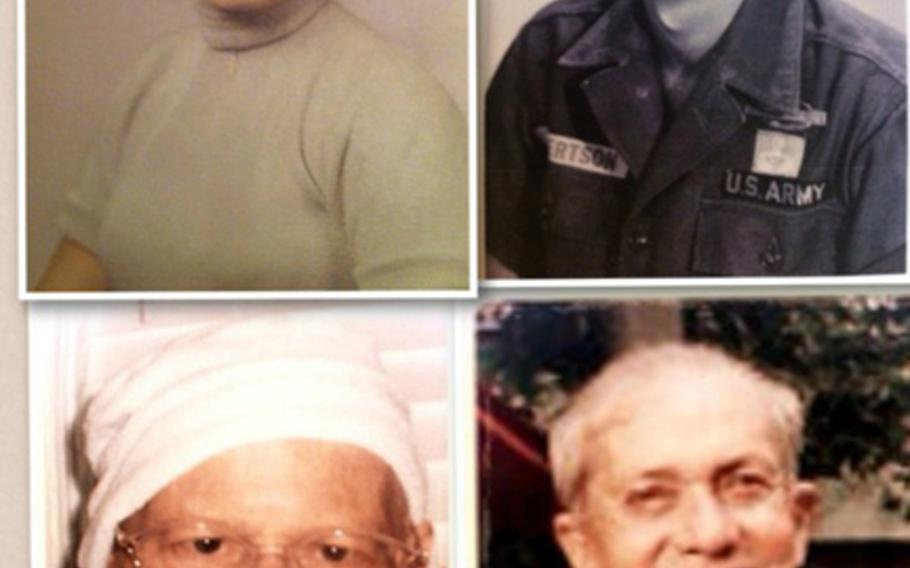 Army Sgt. 1st Class John Hartley Robertson, upper right-hand corner, as compared with the man in Vietnam who claims to be him, Dang Tan Ngoc, lower right, and photos of one of Robertson's sisters, left. (Courtesy of Cyndi Hanna) 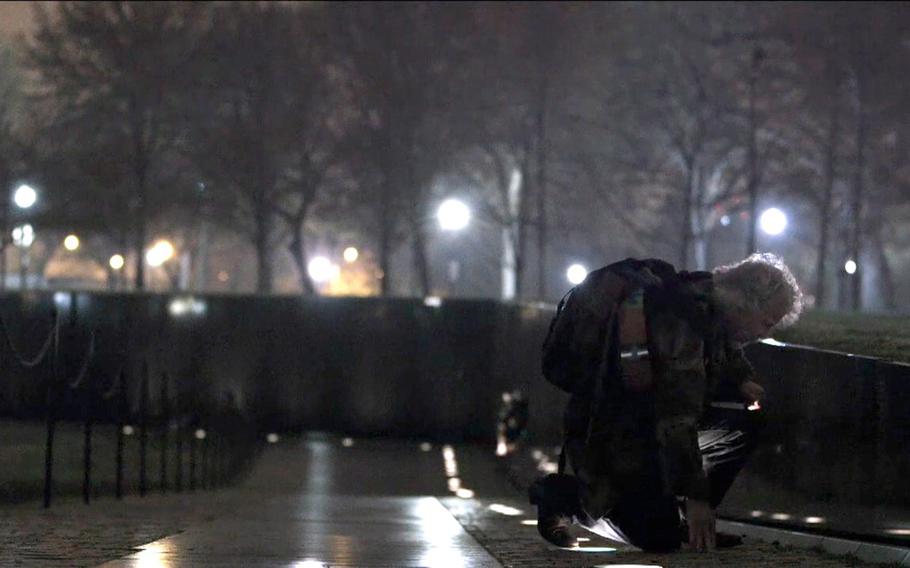 Vietnam veteran Tom Faunce visits the Vietnam Veterans Memorial in Washington D.C., in the film "Unclaimed," to get a rubbing of John Hartley Robertson's name. () 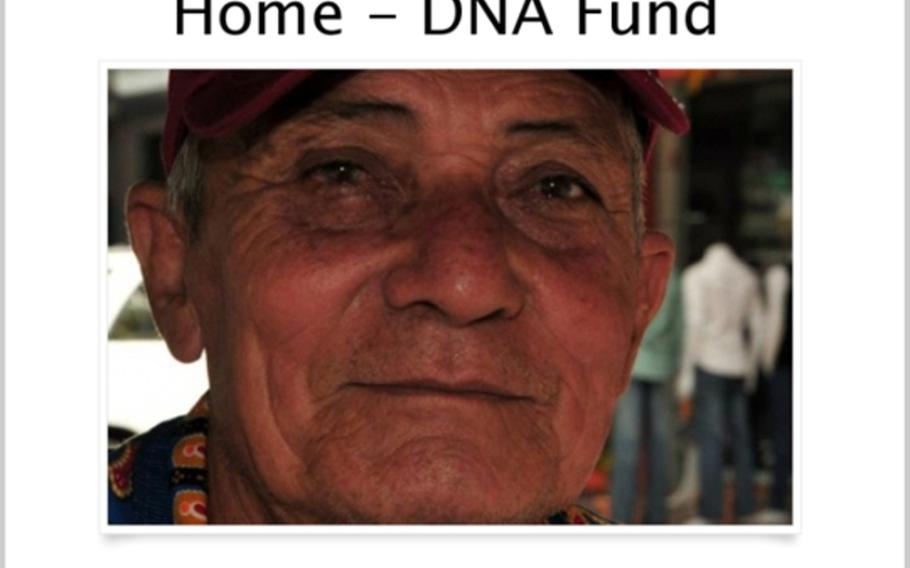 A flier for the Robertson family's GoFundMe.com fund-raising page. The family hopes to raise money to exhume Mildred H. Robertson and compare her DNA with a man in Vietnam who claims to be her son, Army Sgt. 1st Class John Hartley Robertson. (Courtesy of Cyndi Hanna)

For years, a man living in Vietnam as Dang Tan Ngoc has been claiming that he is Army Sgt. 1st Class John Hartley Robertson, a Special Forces soldier who went missing in 1968 and was declared dead by the U.S. government.

Ngoc’s story was the subject of a controversial documentary, “Unclaimed,” which premiered in the U.S. in May as part of the annual GI Film Festival. The film professed to have found the Green Beret living in a remote Vietnamese village, spurring an impassioned backlash from veterans.

The U.S. government has condemned Ngoc as a fraud, but members of Robertson’s family aren’t so quick to dismiss the claims.

They want to know for sure.

The family wants to exhume the body of Robertson’s mother, Mildred Robertson, from a Birmingham, Ala., cemetery and perform a mitochondrial DNA test to see whether the man living in Vietnam is John Robertson.

“We need definitive proof,” said Robertson’s niece, Cyndi Hanna, who launched a fund-raising effort on behalf of her family to cover the costs of exhumation. “I believe it’s him. I believe it’s him enough to try and confirm it one way or another.”

The controversy surrounding Robertson began during a 2008 humanitarian mission when Vietnam veteran Tom Faunce heard about a man claiming to be Robertson. Tormented by his own memories of the war and plagued by survivor’s guilt, Faunce made it his mission to investigate. He formed a team and returned to Vietnam to meet with Ngoc, who bore a striking resemblance to Robertson.

Robertson was last seen on May 20, 1968, aboard a Vietnamese Air Force H-34 helicopter that came under heavy enemy ground fire, according to a Department of Defense POW/Missing Personnel Office statement released earlier this year. The helicopter struck a row of trees, exploded into flames and crashed. American servicemembers who witnessed the crash reported there were no survivors, but Robertson’s body was never found.

In several meetings with Faunce, Ngoc — who is forgetful and can’t speak English — told an interpreter he recalled jumping from a helicopter before it crashed and being taken prisoner. He showed Faunce serious scars he said were proof that he had been involved in the crash. After four or five years, he was put to work in the fields where a local nurse helped him escape and start over under a false identity. They later married and had children.

Faunce’s journey and Ngoc’s claims were highlighted in the film, made by Emmy Award-winning director Michael Jorgensen and Myth Merchant Films Inc.

The premise of the film prompted a vitriolic response from veterans who used threats to try to prevent its showing at the GI Film Festival. The U.S. government dismissed the film as inaccurate and said that they had investigated Ngoc and found him to be a hoax. They claimed they were first alerted to Ngoc in 2004 and interviewed him for the first time two years later, the DPMO statement said.

“In 2009, the Vietnamese man [Ngoc] was interviewed again by U.S. officials, who collected fingerprints and hair samples for analysis,” the statement said. “The FBI analyzed the fingerprints and they were determined not to match Robertson’s fingerprints on file. The mitochondrial DNA sequences from the hair samples obtained were compared to family reference samples taken from Robertson’s brother and one of his sisters. The Armed Forces DNA Identification Laboratory determined the DNA sequences from the Vietnamese man did not match either of Robertson’s siblings.”

But Robertson’s family points to a list of what they call inconsistencies and evidence as their reasons behind pushing ahead with the exhumation and testing.

They say none of Robertson’s siblings ever supplied DNA for a reference sample. They question whether the agencies even have Robertson’s DNA or fingerprints on file. They also claim they had no idea about Ngoc until they were approached by the filmmakers.

Adding to the intrigue is the film.

At one point, Faunce accompanies Ngoc to a dentist who pulls a molar. The tooth was analyzed in the U.S. by Ehleringer Lab at the University of Utah, and IsoForensics Inc. Isotope oxygen analysis of the tooth — enamel stores a chemical record of childhood living environment, such as local climate and geology — indicated that it was “very likely” that Ngoc grew up in America.

The film reaches a crescendo with Ngoc being brought to Canada to meet Robertson’s only surviving sibling in an emotional reunion. Jean Robertson-Holley is unequivocally convinced that Ngoc is her brother.

“We absolutely never forgot about you,” she tells Ngoc in the film as they cry in each other’s arms. “We remembered you all the time.”

The family needs $15,000 to exhume the body. They launched a fund-raising page on GoFundMe.com earlier this month and have raised more than $1,200.

“There is enough evidence to at least look at this,” Hanna said. “If he’s just an American soldier alone, he needs to be honored and recognized. If he’s our uncle, that would be even better.”