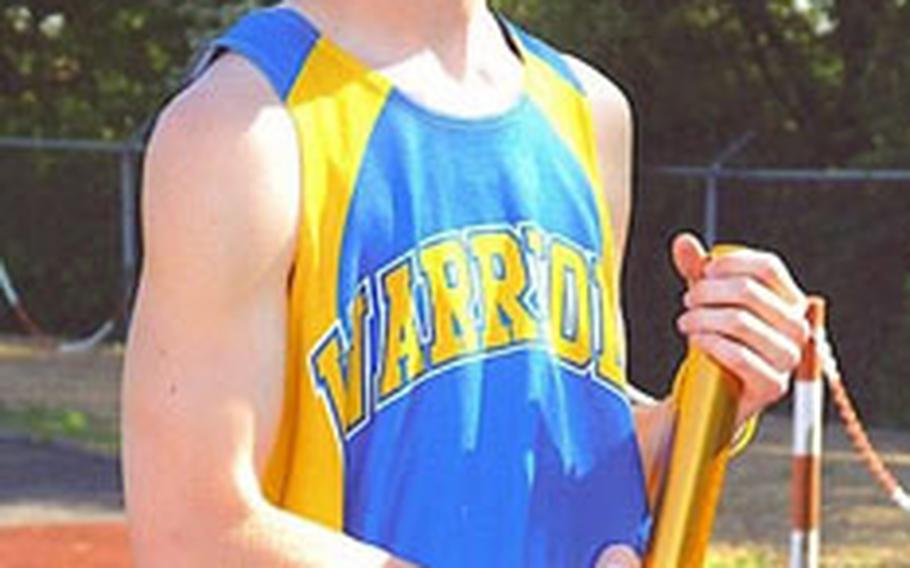 A year ago, Andrew Vickers, then 15, was a member of the Wiesbaden High School track team in Germany. Today, Andrew is recovering from a bone marrow transplant in his battle against lymphoma. (Courtesy of Carl Vickers)

WIESBADEN, Germany &#8212; A former Wiesbaden High School student who underwent a bone marrow transplant last month in the United States is doing remarkably well, according to his father and a teacher.

For those unfamiliar with the ups and downs of cancer treatment, and, in Andrew Vickers&#8217; case, lymphoma, talk of biopsies, platelets and cell counts can seem technical and confusing. But the results of numerous tests conducted after the March 7 transplant indicates he is making tremendous progress.

Apparently it can take years for a person&#8217;s body to make the conversion from the old bone marrow to the new.

The 16-year-old left Children&#8217;s National Medical Center in Washington, D.C., on March 26. Since the operation, he has been regaining not only his hunger and hair but also his humor. The teen is known for his dry wit and has been playing jokes on his aunt and grandmother, and ribbing his parents about one thing or another.

Andrew&#8217;s schoolmates at Wiesbaden haven&#8217;t seen him since August, when a comment he made to a doctor during a routine sports physical set in motion a series of tests that ultimately detected cancer.

A track and field athlete, the high school junior immediately found himself negotiating a course full of twists and turns.

Back in Wiesbaden, teachers and students organized a support group to cheer Andrew on as he undertook the race of his life.

Occasionally, usually on Fridays, dozens of students don bright yellow T-shirts to demonstrate their solidarity. This week, they plan to do it again.