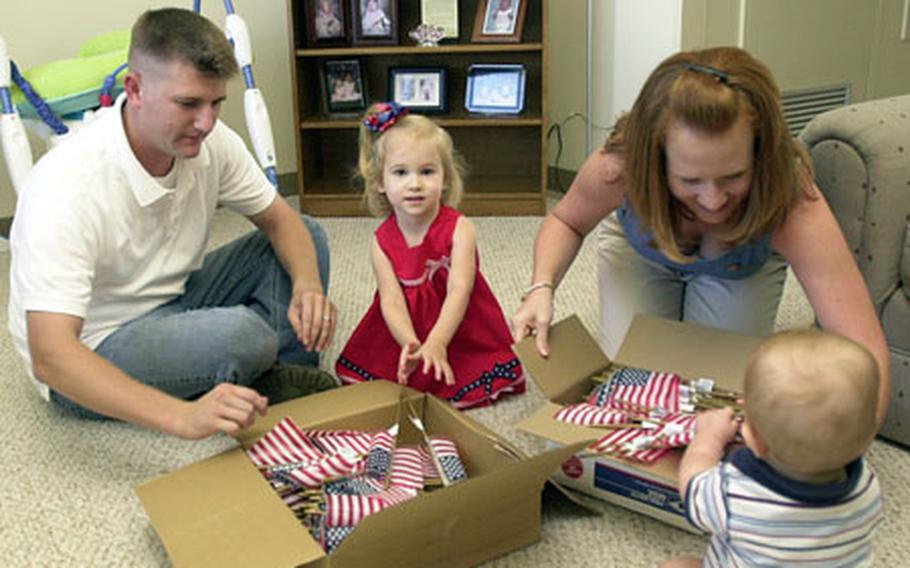 CAMP MCTUREOUS, Okinawa &#8212; This is the Krueger family&#8217;s first Fourth of July on Okinawa. So they wanted to make it special.

The couple had seen such patriotic displays in neighborhoods stateside and wanted to do something similar while overseas, she said.

They planned to distribute the flags after dark Tuesday once everyone was inside for the day. That way, neighborhood children wouldn&#8217;t pull the flags up before July 4, the gunnery sergeant said.

He had already reconned the fastest route to take through the camp and estimated they could plant the flags with their two young children in tow in about an hour and 10 minutes.