Family searches for Army veteran who's been missing since last month 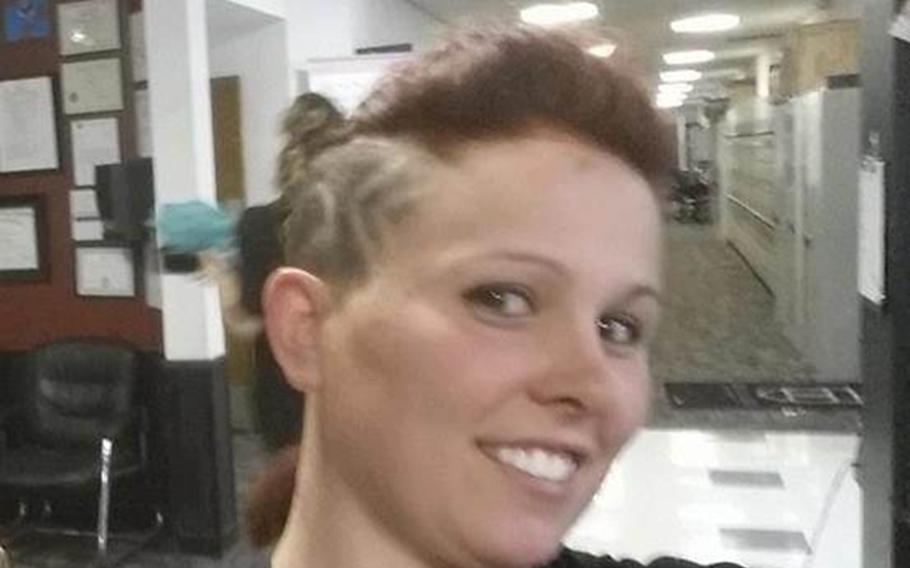 Ashley Meiss has not been seen since May 18. ()

The family of Ashley Meiss, an Army veteran who was last seen on May 18, has grown increasingly worried for her safety as time goes by.

Meiss, 31, served in Iraq and came back to Ogden, Kansas, in 2010 after she was honorably discharged, according to her family. Her father told NBC News that her behavior started to change in late 2016.

“We started to see signs of stress, depression and anxiety,” said Tom Lewis, Ashley's father. “[Ashley’s mother and I] were talking to Ashley every other day to see how she was doing. Ashley thought it may be signs of PTSD.”

On May 17, she left her apartment in running gear, without her phone, I.D. or car. Authorities said they do not know where she spent that night. On May 18, she was shown in surveillance footage picking up her mail and seemed downcast after getting a letter. She was also seen that day at a community center and a bar, according to the Riley County Police Department. On May 19, she called a friend from the Army and said she was feeling down. No one has heard from her since.

Lewis told the New York Post that Meiss' kids are 4 and 6.

“She’s loved and the family needs to hear from her,” he told the Post. “She’s got two beautiful children that need their mother.

“My gut tells me that there’s something really wrong here. You don’t just leave like that — especially not my daughter. If she’s here, she’s not alive — and if she’s gone, we have no idea where at or who she could be with.”

The Riley County Police Department is asking for the public's help in finding Meiss, who is described as a white woman who is 5 feet, four inches tall and has short brown hair, which is shaven on the sides.