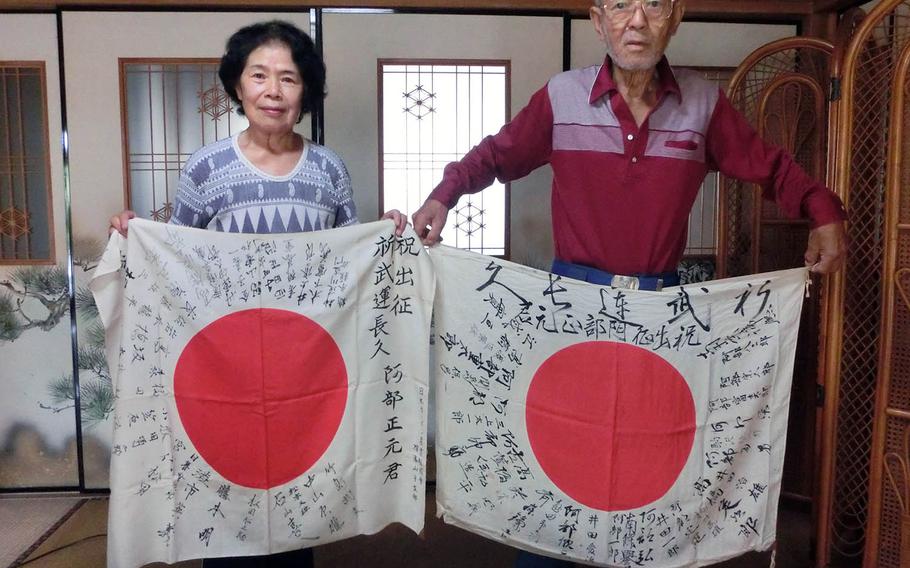 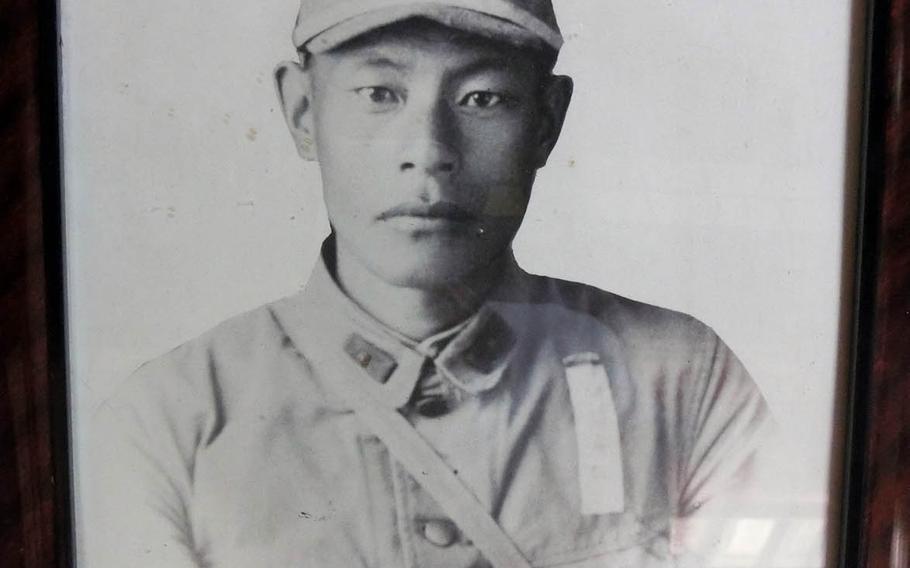 Buy Photo
A framed photo of Japanese soldier Masamoto Abe, who died in New Guinea in 1944 at the age of 33. (Hana Kusumoto/Stars and Stripes) 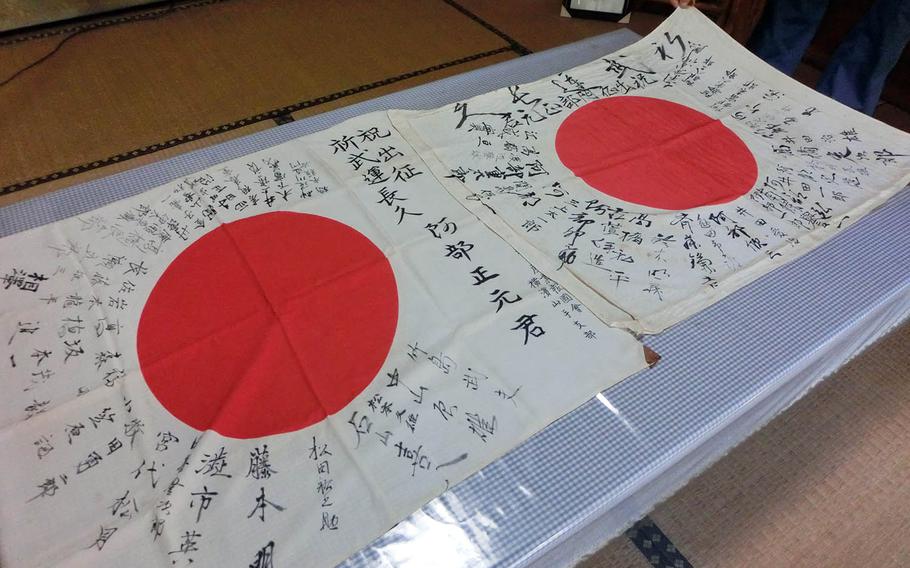 TOKYO — Korean War veteran Ralph Wood had for years stared at a framed Japanese flag covered in signatures at his local Veterans of Foreign Wars post in Gold Bar, Wash.

The 85-year-old surmised it had been placed there decades ago by a World War II vet. Of the handful of VFW members still left in the town of 2,000 people, none could say where the old flag came from.

“No one knew anything about it,” Wood told Stars and Stripes in a recent phone interview. “It was mysterious.”

Earlier this year, he came across a newspaper article about the Oregon-based Obon Society, which works to return WWII-era flags taken as souvenirs by U.S. servicemembers to the families of fallen Japanese troops.

That’s when Wood knew he needed to hand over the mysterious banner.

“It seemed like the good thing to do,” he said. “It was the righteous thing to do.”

Wood added that his fellow VFW members “were all for it.”

“I and the guys in our group all know young men that died in the service of their country, or at least doing what they thought was their duty,” Wood said. “In retrospect, as an 85-year-old man, I look back at these wars and wonder if we should have been in them and that sort of thing, but when you’re 20, you just want to serve your country. And that’s what [the flag’s original owner] was doing, and it cost him his life.”

Wood sent the flag to the Obon Society, which then examined the Japanese words scrawled onto the fabric.

During WWII, such flags were often signed by servicemembers’ families, neighbors, schoolmates and coworkers wishing for good fortune in war. The warriors would then fold the flag and carry it into battle.

Staff members noticed a familiar name on the flag that Wood sent in: Masamoto Abe.

Just two years ago, the group had returned a flag belonging to a Masamoto Abe to the man’s family in Yokohama, said Kosuke Kudo, an Obon Society staff member. Researchers soon determined the flag handed over by Wood also belonged to Abe.

It is the first time the society had returned two Japanese flags to a single family, Kudo said.

“We thought an unimaginable thing had happened,” he added.

Obon Society founders Rex and Keiko Ziak told Stars and Stripes in an email that they were shocked at the discovery.

“We were so surprised! What are the chances of that happening?” the message said.

The Obon Society then contacted Abe’s nephew, 80-year-old Hisashi Abe, of Yokohama, who was grateful for the news. Masamoto Abe was his father’s younger brother. He fought and died in 1944 in New Guinea when he was 33.

Although Hisashi Abe has only a vague memory of his uncle, he was happy to receive the first flag in 2016.

“I was surprised,” he told Stars and Stripes at his home on Aug. 25.

The thought of receiving a second flag belonging to his uncle that had traveled across the world was even more surprising, said Hisashi Abe’s wife, Saeko.

“We didn’t even know that he took these flags,” she said.

The Obon Society returned the second flag to the Abe family on Aug. 22.

Hisashi Abe lamented that older family members, such as Masamoto’s brothers and sister who signed the flag, died without seeing them returned.

“If there was even one of them left, they would have been very happy,” he said.

Hisashi Abe said he will keep the family treasures in a safe place. He has already shown the second flag to his son and told him to take good care of it.

Wood said he was glad the flag could bring closure to the family so many years later.

“I remember some of my young friends who were killed [in Korea] and it seems analogous to Mr. Abe’s situation,” he said. “You know, he was 33 when he was killed, so he never got to have a life.”