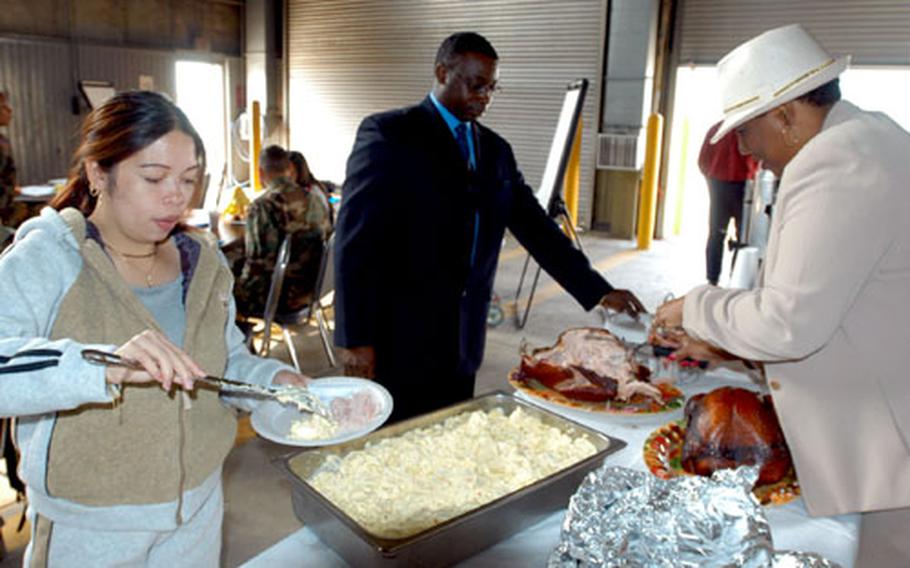 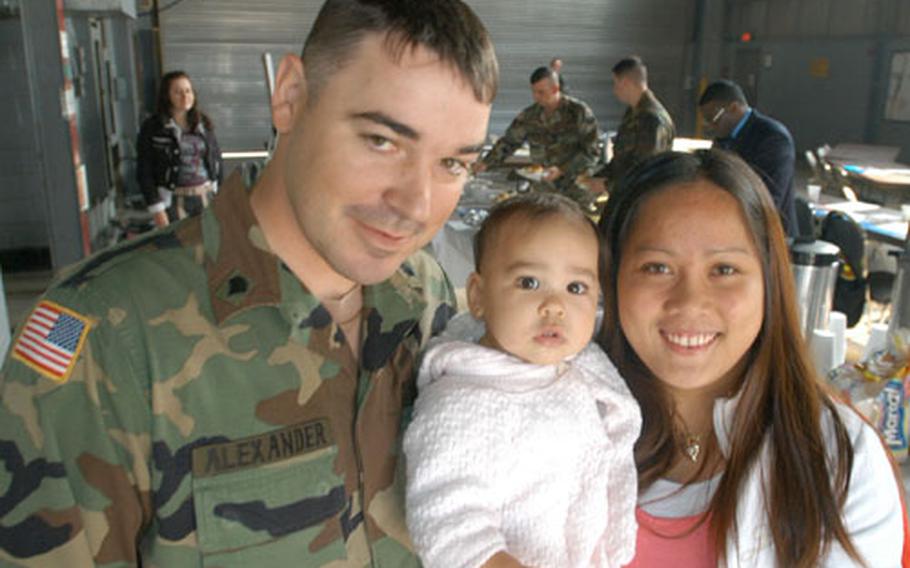 The first 2nd ID group was formed when the 2nd Brigade Combat Team deployed to Iraq in 2004. The 2nd BCT&#8217;s on-line FRG served as the blueprint for an Army-wide system of virtual FRGs that debuted in October. Another 2nd ID FRG was established early this year for the 1st Heavy Brigade Combat Team. And now every 2nd ID battalion has an FRG, Barnes said.

Community Services ran its first FRG symposium at Camp Casey in July and began the monthly series of symposiums at the base on Tuesday, she said.

The couple is well into the U.S. immigration paperwork for Marilou but attended to get some extra information on the process, Alexander said.

Another soldier at the meeting, STB FRG liaison Sgt. Jeremy Meadows, 34, of Monroe, Mich., said his unit&#8217;s FRG had been running for four months.

&#8220;We are growing exponentially every month. It started out being mostly just the chain of command. It is trickling down to the soldiers who are seeing it as a resource. We have gone from a few members to over 40 at our last meeting,&#8221; he said.

Each month the battalion&#8217;s FRG holds a meeting with a guest speaker. So far the group has hosted Tricare health plan and Army Family Team Building experts and this month a speaker will address overseas housing allowance questions, Meadows said.