Family forced to leave Germany after airman is declared a deserter 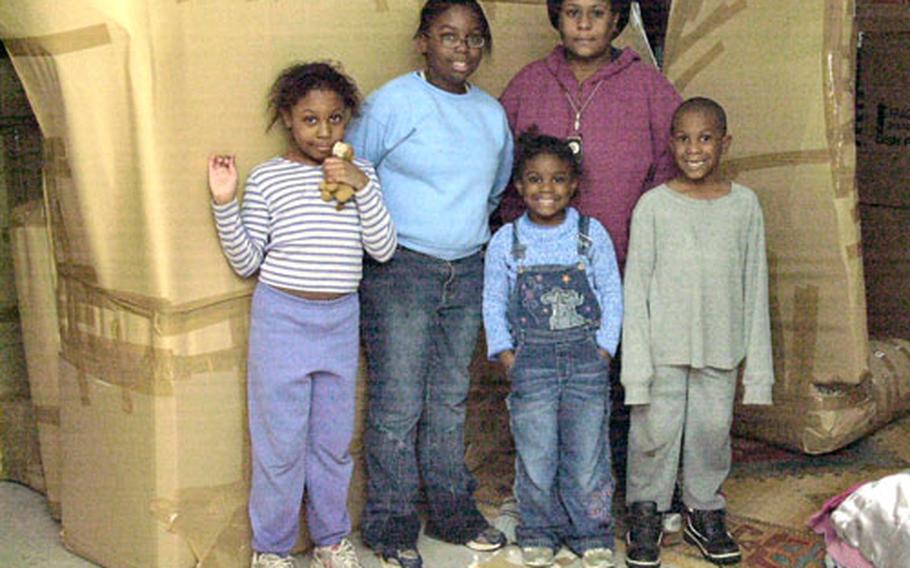 Days later, she and her four children would go from their modest apartment on a military base in Kaiserslautern, Germany, to broke and homeless &#8212; an unthinkable fall for a family of an airman with 13 years of service.

Just 11 days ago, her husband&#8217;s command told her she had to leave base housing in Sembach. They said she and the children had to return to the U.S. because the Air Force believes her husband is a deserter. Airman 1st Class Edward Hunter, who worked in the supply department for the 435th Logistics Readiness Squadron at Ramstein Air Base, has been missing since Jan. 6.

Because her husband has been classified a deserter, she and her children are ineligible for any benefits and could not stay in housing.

How her family&#8217;s life has taken such an astonishing and tragic turn both puzzles and frustrates her.

The sudden eviction has left her ill-prepared for a life away from the Air Force and without her husband. She has no job, no place to stay when she arrives in Nashville, Tenn., and no idea why her husband might have abandoned his family. Although she has high blood pressure and arthritis, she said she has lost all medical benefits for her and her children.

When they arrive in the U.S., the first thing she will have to do is find a shelter. After that, she&#8217;s not sure what she will do.

But as bad as it seems, it could be worse, the Air Force says. Because dependents of a deserter lose their benefits, the military isn&#39;t required to fly her and her children back to the States. Instead of homeless in the U.S., it is possible she could be homeless in a foreign country.

The Air Force Personnel Center, however, granted a waiver because Hunter and her children are overseas, said Capt. Jenny Lovett, an Air Force spokeswoman at Ramstein. The Family Support Center also gave her family $100 in exchange gift certificates and several hundred dollars more was pitched in by other organizations.

The Air Force declared Edward Hunter a deserter after he didn&#8217;t return from approved leave in the U.S. over the holidays. He had received orders in November to be discharged from the Air Force, but Dawn Hunter said he never told her he had been separated from the service and said he never told her that he had made an appointment to have movers pick up their household goods.

He was granted the time off by the squadron before planning to move with his family back to the States around Jan. 9 and 10, Lovett said. He was supposed to return Jan. 3, but he was given a verbal extension by the command for a couple of more days.

When he failed to report to duty, the command put him on absent-without-leave, or AWOL, status. He was later declared a deserter because he was under investigation for a matter the Air Force will not release because he has not been charged with a crime, Lovett said.

Dawn Hunter said why her husband hasn&#8217;t returned is a mystery, and the military has given her little information as to why it thinks he is a deserter and something bad hasn&#39;t happened to him.

She finds it hard to believe her husband would leave her and their four childrenbecause he would never want to do what done to him when he was a child.

His biological parents abandoned him two days after he was born, and he grew up an orphan most of his life, she said.

&#8220;He would never abandon his kids,&#8221; Dawn Hunter said Tuesday.But the Air Force believes he did just that, and new information has led her to believe that he might be on the run.

There&#8217;s also the discovery of a vehicle rented under her husband&#8217;s name abandoned - with Air Force chemical gear inside - in Germany and found nearly a month after he left for holiday leave.

Hunter had left Germany for New York City around Dec. 19, she said. He told his wife and children he wanted them to go, but she said she didn&#39;t go because she didn&#39;t want to take the four children on the long trip.

The reason for the holiday trip the United States, he told her, was to visit his biological parents for just the second time. Last Christmas, as a present to him, Dawn Hunter located his biological mother. He contacted her and found out he had four sisters and brothers. But he was the only one abandoned.

While he was gone on leave, they talked several times a day by telephone and she said he didn&#8217;t appear troubled. On Jan. 3, she said he called to tell her that he was trying to get a flight from Baltimore-Washington International Airport. Two days later, he called to tell her he was going to try and take the first available military plane from Dover Air Force Base, Del., because the flight from Baltimore was too expensive.

The last message she received from him was a text message that said the battery on his cell phone was low. She tried to call him numerous times since then, but there was no answer.

A day later she got a letter from Lt. Col. Richard Moon, commander of the 435th Logistics Readiness Squadron, stating that military authorities do not know where her husband is and they believe he has deserted the military.

She is left with many questions as to why her husband &#8212; whom she grew up with in Queens, N.Y., and has known since junior high school &#8212; would possibly skip out on her and the children.

Was he stressed and couldn&#8217;t handle things? Was there another woman? Is he in trouble? Could something have happened to him and he is in a hospital somewhere?

She worries the worst might have happened to him. But his fate is secondary to providing for her children. It will be a monumental task for a stay-at-home mother who hasn&#39;t had a job in more than 13 years. Her last job was at Domino&#8217;s Pizza before her husband joined the Air Force.

Although she has family in New York City, she said she can&#39;t stay with them because &#8220;they can barely keep their own heads above water.&#8221; Her father died less than two years ago, her mother had a stroke, and her siblings are not able to take her and her four children.

She chose for the military to move her to Nashville because she knows a relative there who she thought could help. But when she called her on Thursday, she found out the relative is in the process of moving to Texas.

Her only hope is to find a shelter for her children, who have grown up in the military community. She hopes her husband is OK, but her children are her first priority. She said if the military had given her more time, she would be in better shape.