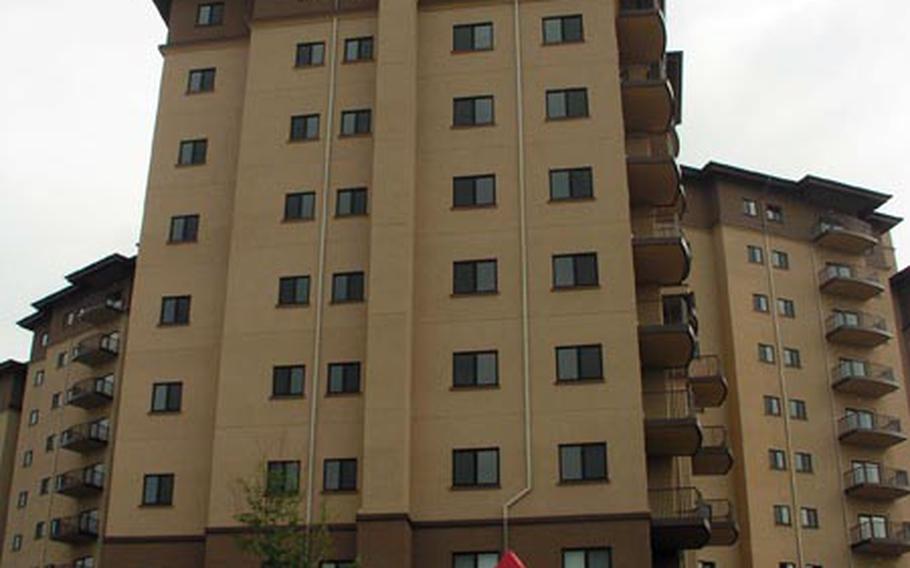 Workers continue to put final touches on the exterior of the 10-story Jirisan Tower, but command-sponsored families have begun moving in, officials said Tuesday.

Jirisan is just yards from the 14-story Hallasan Tower, which opened March 24. A $3.2 million, four-level above-ground parking garage with 417 spaces opened in March to serve residents of both towers.

Jirisan is the last in a three-tower series of housing construction aimed at easing a scarcity of on-base housing for command-sponsored families. The first of the three was the nine-story Seoraksan that opened in April 2006 with 112 units.

With all three now in use, officials Monday closed the aging Mustang Valley Village, an eight-acre, seven-building area that housed 199 families. It was built during 1979 and 1980.

Senior Master Sgt. Marvin Krause, an Osan spokesman, said Jirisan and the other two towers will especially help families who had been living off base and will now be close to such amenities as the commissary, base exchange and Osan American School.

All apartments at Jirisan Tower include the following amenities: