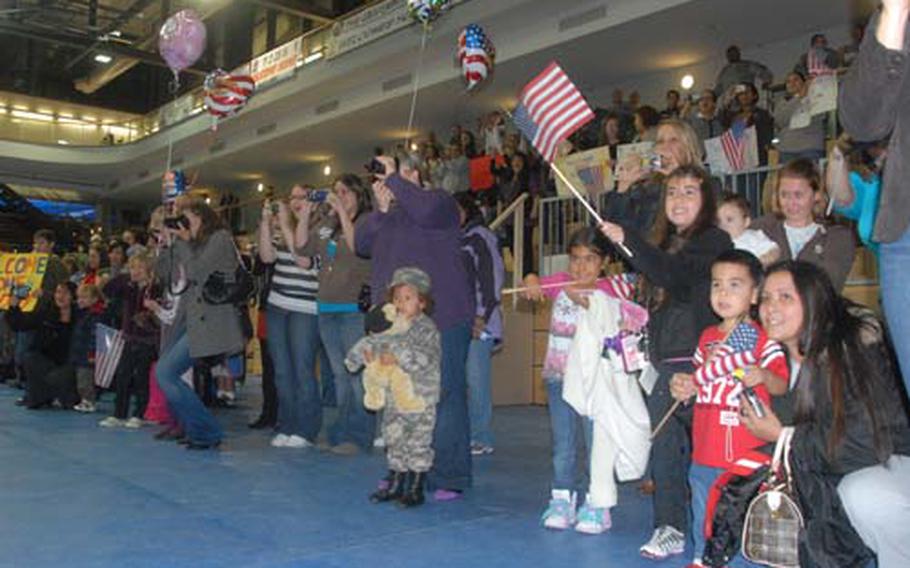 Families welcome soldiers with the 172nd Infantry Brigade back to Grafenwöhr on Monday after their yearlong deployment to Iraq. (Seth Robson / S&S)

Families welcome soldiers with the 172nd Infantry Brigade back to Grafenwöhr on Monday after their yearlong deployment to Iraq. (Seth Robson / S&S) 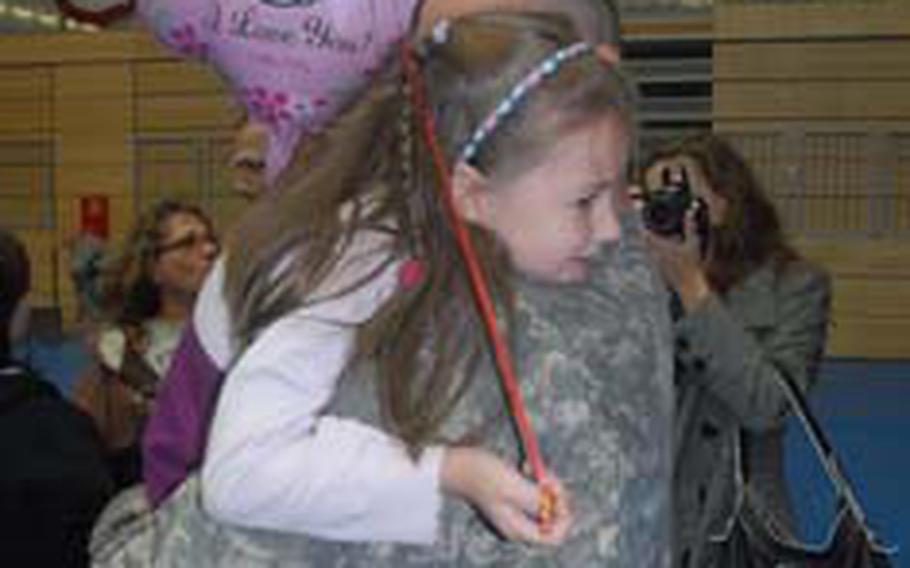 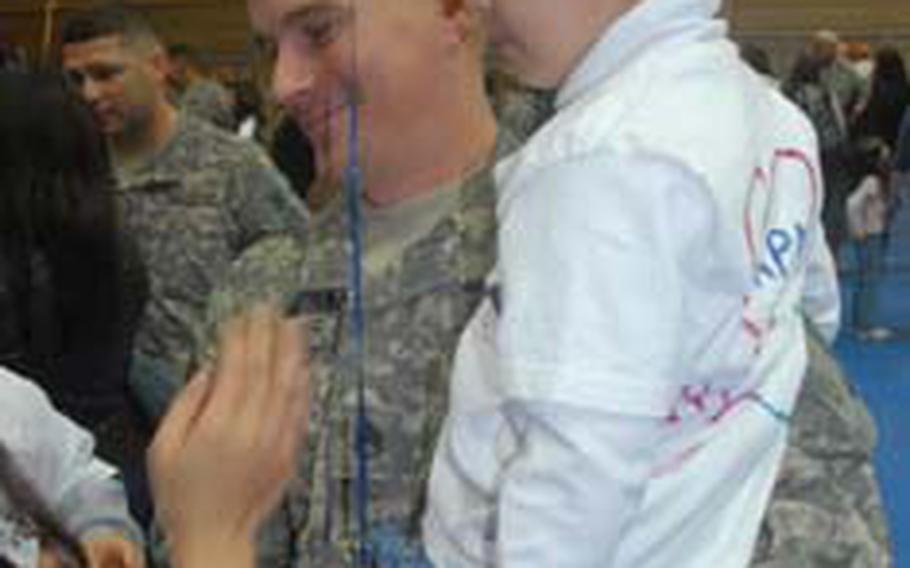 Staff Sgt. Samuel Schexnayder, 26, of Baton Rouge, La., celebrated his return with his wife, Mary, and son, Sam Jr., who was born two weeks before he deployed. (Seth Robson / S&S)

GRAFENW&#214;HR, Germany &#8212; Almost a year after they left, 200 members of the 172nd Infantry Brigade arrived Monday in Grafenw&#246;hr and Schweinfurt, paving the way for the return of the rest of their comrades.

The brigade, including more than 3,000 personnel, deployed to Iraq late last year and expanded its operations to secure a wide swath that includes Najaf, Diwaniyah, Babil, Karbala and Wasit provinces south of Baghdad.

Joint Multinational Training Command chief Brig. Gen. Steven Salazar welcomed the soldiers home but told them their mission won&#8217;t be over &#8220;until we get the rest of your brothers and sisters back safe and reintegrated with your families and this great community.&#8221;

Moments later the soldiers were dismissed and family members rushed to embrace them.

Staff Sgt. Samuel Schexnayder, 26, of Baton Rouge, La., found himself in the arms of his wife, Mary, and son, Sam Jr., who was born two weeks before he deployed. The family said they were just looking forward to spending time together.

Sgt. 1st Class Thomas Nunn got hugs from his wife, Jessica, and daughter, Jacelyn, 5. Nunn said it was great to see his family but that he&#8217;d be back to work after a week of reintegration.

Lt. Col. Eric Stetson, commander of the 172nd Rear Detachment, said the rest of the brigade will return over the next six to seven weeks.