Families stunned, angered by units' deployment extension past one year 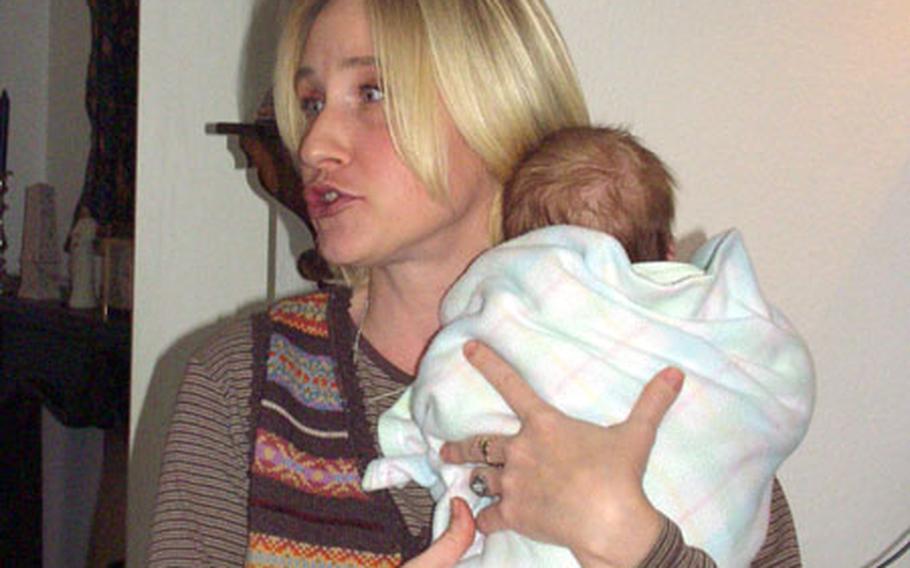 Jessica Corey&#39;s husband, Chief Warrant Officer 2 Matthew Corey, deployed to Iraq last March with the Giebelstadt-based 3rd Battalion, 158th Aviation Regiment. He missed most of his wife&#39;s pregnancy, as well as the birth of his son, Joshua, who is now 2 months old. "No amount of money can repay the time we&#39;ve lost," Jessica Corey said. (Steve Liewer / S&S)

Jessica Corey&#39;s husband, Chief Warrant Officer 2 Matthew Corey, deployed to Iraq last March with the Giebelstadt-based 3rd Battalion, 158th Aviation Regiment. He missed most of his wife&#39;s pregnancy, as well as the birth of his son, Joshua, who is now 2 months old. "No amount of money can repay the time we&#39;ve lost," Jessica Corey said. (Steve Liewer / S&S) 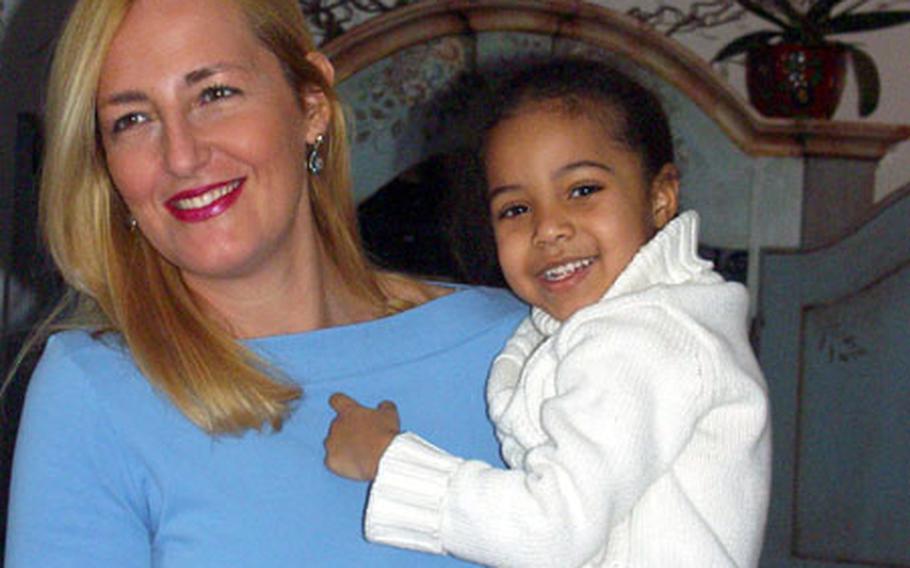 Carla Aikens and her daughter, Taylan, 4, have been marking off days on the calendar until Chief Warrant Officer 2 Kevin Aikens, 31, a UH-60 Black Hawk pilot with the 3rd Battalion, 158th Aviation Regiment comes home from Iraq March 20. Taylan got very excited, Carla said, when the number of days dropped below 100. This week, though, family members learned the unit will have to stay in Iraq past the one-year mark. "When I found out the other day, I was crushed," Carla Aikens said. "They told us no more than one year." (Steve Liewer / S&S)

GIEBELSTADT, Germany &#8212; Tuesday night&#8217;s e-mail spread the dreaded news quickly across the home front in Giebelstadt: one year from the date their husbands deployed to Iraq, the men of the 3rd Battalion, 158th Aviation Regiment still will not be home.

The Pentagon announced this week that 1,500 soldiers, National Guardsmen and reservists would be forced to stay in Iraq beyond their one-year rotation dates. About 1,000 of them come from Europe. More than 600 of those soldiers belong to two units from Giebelstadt: the 3/158 Aviation, a UH-60 Black Hawk unit; and the 7th Battalion, 159th Aviation Regiment, an aviation maintenance support unit.

The 302nd Military Intelligence Battalion, which is headquartered in Wiesbaden, Germany, is among the units being extended.

Thousands more soldiers just missed a similar fate. A Pentagon spokesman, who requested anonymity, said U.S. Central Command at first sought permission to extend at least 50 units beyond their first anniversary. The Department of Defense pared the list by more than three-fourths.

The Pentagon&#8217;s efforts to limit the impact to a few units comes as little consolation to people like Valerie Belgrave, 30, who has spent only two months with her husband &#8212; Chief Warrant Officer 2 Benito Belgrave, also a 3rd Battalion Black Hawk pilot &#8212; in the past three years, through his 18 months of flight school and now one-year-plus in Iraq.

To their 2-year-old son, Nathaniel, Daddy is a stranger.

Carla Aikens, 34, and her 4-year-old daughter, Taylan, had been marking off the days on a calendar until March 20, when Chief Warrant Officer 2 Kevin Aikens finally would come home. Now, she doesn&#8217;t know what to do.

Rumors of the extension had flown around Giebelstadt the past several weeks, several wives said, but they followed the advice of both their Family Readiness Group leaders and their husbands to disregard them. As recently as last week, the battalion commander had e-mailed spouses assuring them that the March 20 return date still looked solid.

That&#8217;s what made this week&#8217;s news all the more stunning. The e-mail didn&#8217;t explain why the troops would have to stay longer nor how long, though Pentagon officials have since said the units will stay between five and 60 extra days to bridge gaps caused by the enormous transfer of troops in and out of Iraq this spring.

The wives said their husbands have accepted the news stoically. Steeped in the Army tradition of a soldier&#8217;s duty, they are trying to do the same.

Many wives can quote from memory U.S. Army Europe Commander Gen. B.B. Bell&#8217;s pledge in one command message last August: &#8220;Soldiers and their families can count on no more than a 1-year deployment to [Iraq] for the current rotations.&#8221;

&#8220;The guys are just physically and mentally exhausted. That&#8217;s not the way you treat your best assets.