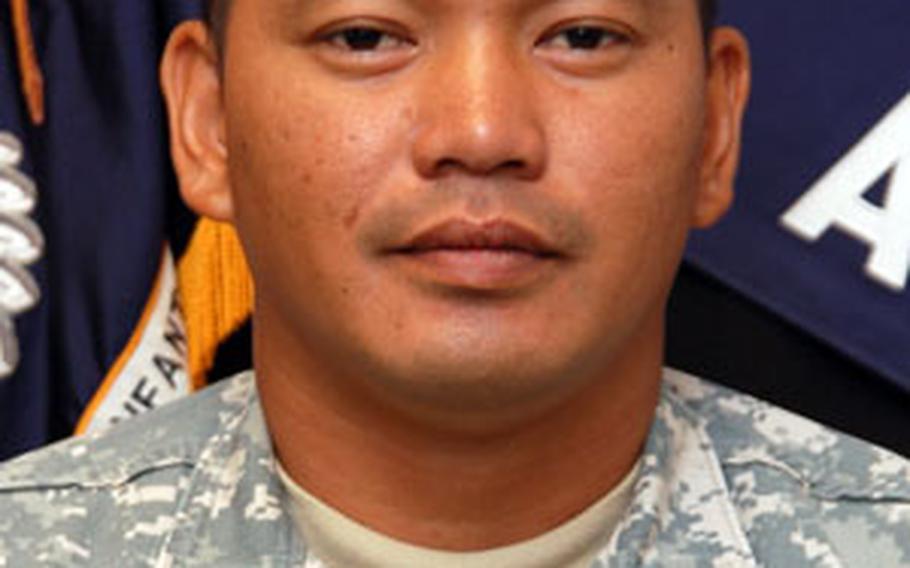 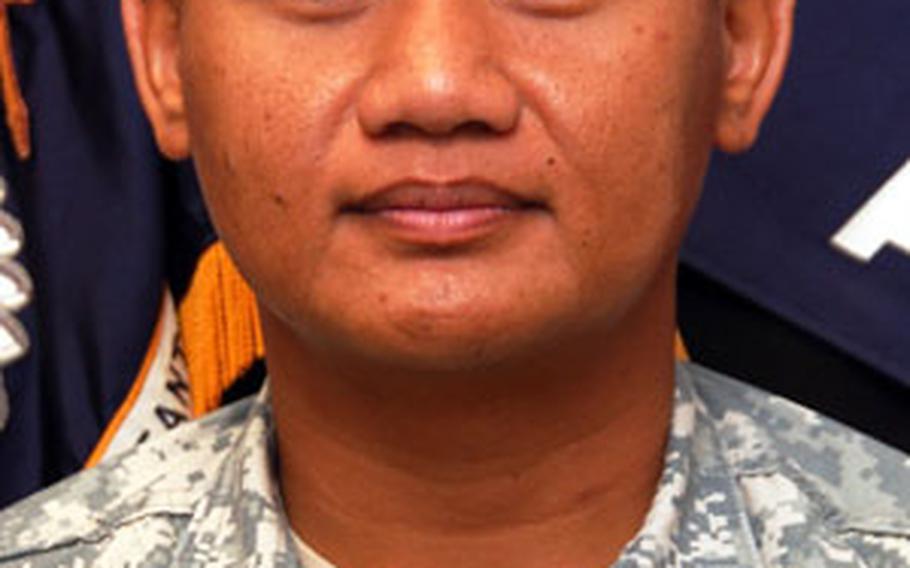 His brother-in-law left for Iraq last week. A younger sister is in ROTC. His brother, in the Army reserves, came back to Guam from training when he heard the news.

Sgt. Samson Mora&#8217;s father spent his career with the U.S. Coast Guard. One brother went into the Air Force. His sister married a sailor. The other brother, Army Maj. Michael Mora, planned to bring Samson back home to Guam on Saturday.

"That&#8217;s why I never had any hard feelings, because we are a patriotic family," Abraham Mora Sr., the retired Coast Guard member, said of his youngest son&#8217;s death this month in Afghanistan.

Leon Guerrero and Mora were killed July 10 in Afghanistan by an improvised bomb. Spc. Kalani Echang suffered injuries in the same incident and is being treated at Tripler Army Medical Center in Hawaii, according to a military spokesman.

All three men are members of the 3rd Platoon, Company A, 1st Battalion, 294th Infantry of the Guam National Guard. They are also part of families steeped in military service on Guam, an island where 1 in 20 of the island&#8217;s 60,000 jobs is tied to the military or the federal government.

Since 9/11, more than 1,000 Guam guardsmen have deployed to Iraq, Afghanistan, the Philippines and Djibouti, according to Guard records. The Guam unit has about 1,150 members, not big enough to work as a brigade combat team. Many of the assignments have dispatched Guam infantry or military intelligence guardsmen to supplement other units around the world, Ola said.

Leon Guerrero, 34, of Tamuning, had already been to Africa twice when he, Samson and about 180 soldiers from the 294th Infantry left for Afghanistan.

In between deployments, Leon Guerrero married his wife, Emely, at sunset overlooking the water in Tumon Bay. It was the second marriage for both. She had two children, he had three.

Their first child together is due Aug. 5. They had already picked the name for the boy, Jude.

Abraham Mora Sr., Samson&#8217;s father, said his strength came from his children. All graduated from college, except Samson, who at 28 was the youngest. He couldn&#8217;t help himself, his father said last week. The young man from Dededo kept spending his money and time on cars.

"When he bought his Honda Civic and converted it for a car race, he said nobody could beat him on the island," Mora said of his son during a phone call from Guam last week. "He spent all his money on his car. This boy was so spoiled," he added, lovingly.

The other members of the 294th Infantry are due home in November.

The soldiers were manning a checkpoint when a suspicious vehicle approached, stopped, and then exploded, according to a release from the Guam Army National Guard.

The soldiers belong to Company A, 1st Battalion, 294th Infantry Regiment. In Afghanistan, they are assigned to the 503rd Military Police Battalion.