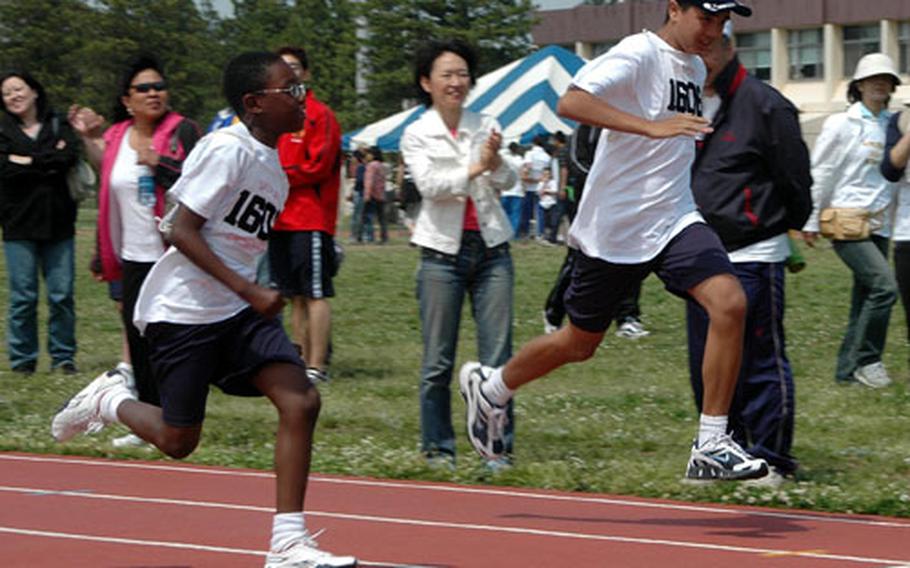 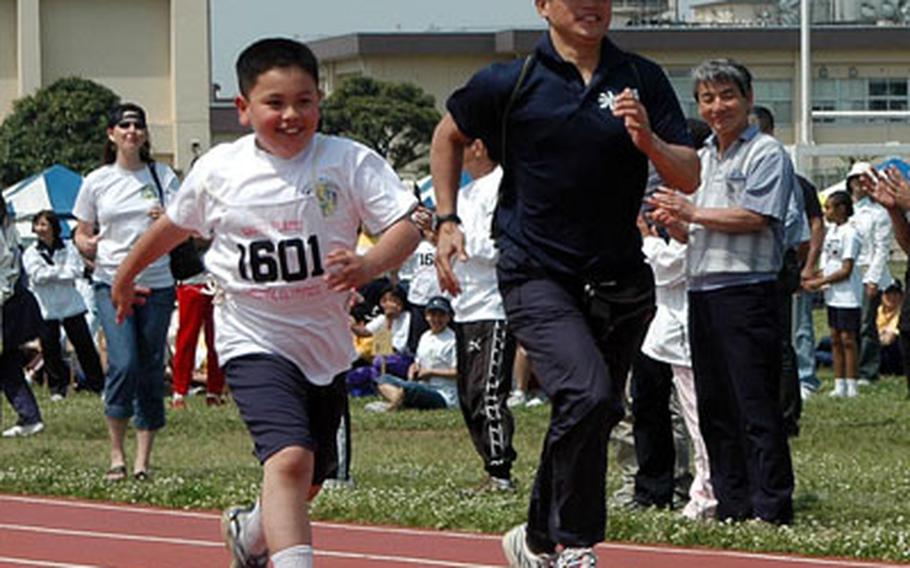 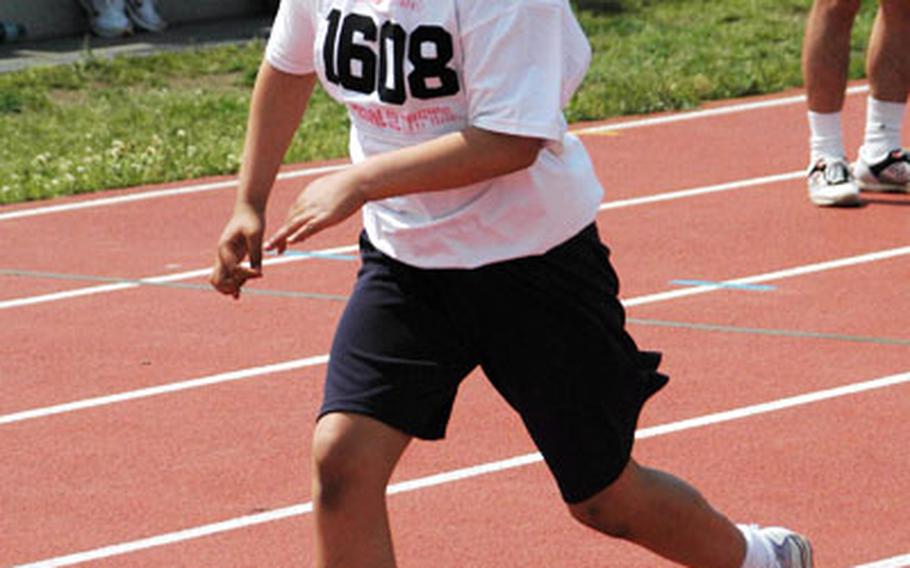 Nine-year-old Natasha Rivera takes off from the starting line during the 50-meter dash at the 28th annual Kanto Plains Special Olympics at Yokota Air Base. (Bryce S. Dubee / S&S) 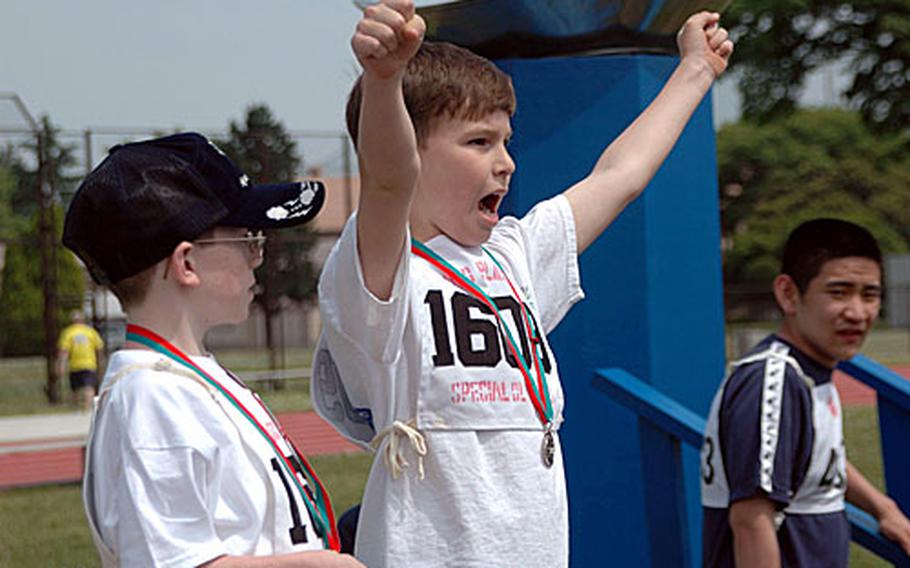 YOKOTA AIR BASE, Japan &#8212; The happiness on 8-year-old Nate Greene&#8217;s face is so great that you would think he just won an Olympic medal.

Instead he stands on the sidelines of the track at Yokota&#8217;s Bonk Field while his older brother Gregory wins a silver medal in the 50-meter dash.

Gregory, an 11-year-old special needs student from Yokosuka Naval Base, is one of the more than 300 athletes who came to Yokota this weekend for the 28th annual Kanto Plains Special Olympics. &#8220;I feel really good,&#8221; said a beaming Gregory, who is competing in his second Special Olypics. &#8220;I&#8217;m going to put this medal in the Greene Hall of Fame!&#8221;

Gregory&#8217;s father Nate said coming to the games is all his son talked about for the past month.

Greene explained that the games have become a family affair, with Gregory serving as an inspiration to his two younger brothers.

Being able to compete with their peers is important, explained Fernando&#8217;s father, Andy, who said that many times children with special needs do not get the same opportunities to play team sports with other children.

The games do more than just build confidence in the athletes; they serve as a chance to put the spotlight on special needs children, if only for a weekend, said Richard King from Yokota, whose daughter Rebekah is participating in the games for a second year in a row.

King went on to say that another added benefit is the fellowship shared with the families from other bases.

His daughter, Natasha, 9, won a gold medal in the standing long jump.