Familes of deployed airmen gather around the dinner table 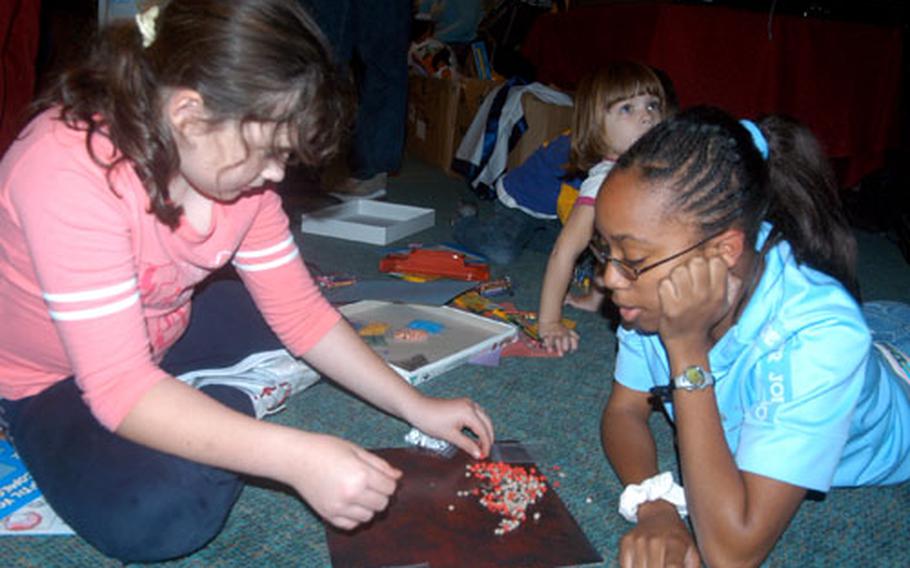 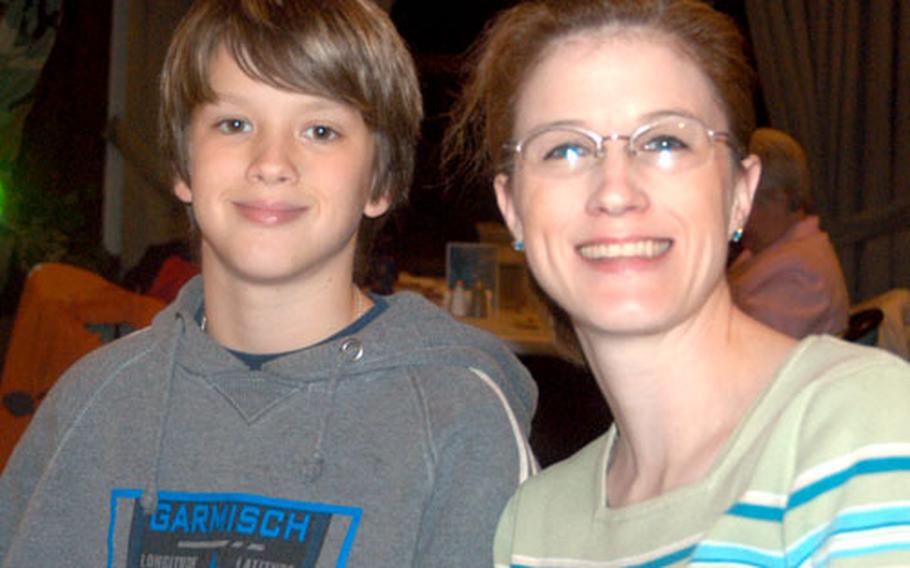 Marianne McGhee attended the dinner with her son Joshua, 12. “It’s a night off from cooking,” she said. (Bryan Mitchell / S&S)

RAF LAKENHEATH &#8212; At one end of the banquet hall sat Taleena Bennett and Cheryl Kirkland. At the other end, sat Marianne McGhee and her 12-year-old son, Joshua.

In between, scores of mothers, husbands, sons, daughters and in-laws enjoyed an early Thanksgiving feast, courtesy of the deployed spouses dinner. The guests were all family members of 48th Fighter Wing airmen serving worldwide in support of the Air Expeditionary Force deployment.

Every third Thursday each month during deployments, a different on-base organization hosts the dinner for the dozens of family members whose loved ones are downrange.

This past Thursday, the Officers and Civilians Spouses Club served turkey, stuffing and all the usual fixings for roughly 200 hungry Air Force family members jammed into the Knight&#8217;s Table dining facility.

Kids gathered in the corner to play games, color on tables and giggle while Lt. Col. Doug Jenkins delivered grub to the masses. Both base leaders, Brig. Gen. Robert Steel and Chief Master Sgt. Jerry Sutton, made the rounds to offer thanks and listen.

And the night off from domestic duties also is a big hit.

The dinner drew a diverse cross section of the base and its extended family.

Kirkland is living temporarily at the home of the 48th Fighter Wing while both her son and daughter-in-law deploy overseas. She attended the dinner with her 15-year-old granddaughter, Leanna.

&#8220;Everybody seems very outgoing and friendly and really wants to make you feel at home because we are all in the same boat,&#8221; Kirkland said.

Her newfound friend, Bennett, said the atmosphere at the dinner is different from what she experienced during a deployment at a U.S.-based installation.

That theme seemed to echo across the hall in shared stories of struggle and loneliness in the face of extended absences of loved ones.