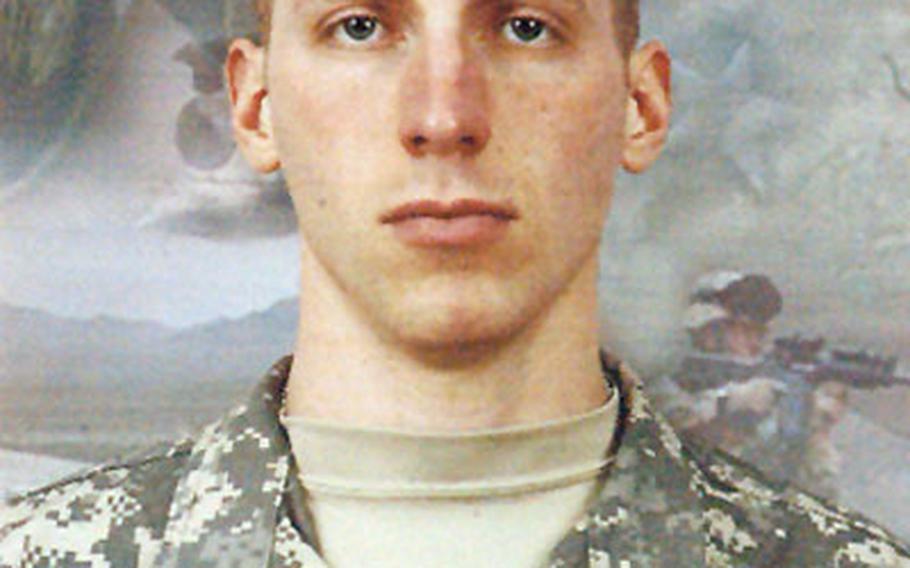 VICENZA, Italy &#8212; Name a major conflict involving the U.S. military during the past 150 years and a member of the Hall family likely was in it.

First Lt. Benjamin Hall&#8217;s ancestors participated in each of those conflicts &#8212; and more.

Hall, who represented the fifth straight generation of his family to wear a military uniform, was no different. He earned his commission in 2005 and was serving in Afghanistan as a platoon leader with the 2nd Battalion, 503rd Infantry Regiment when he was killed July 31.

He died of wounds suffered when his unit was attacked by insurgents in the Chowkay Valley, according to a Department of Defense news release.

&#8220;When the moment of truth came, he was found out in the front, exposed and leading his men,&#8221; Lt. Col. Todd Johnston, rear detachment commander for the 173rd Airborne Brigade, said during a memorial service Monday at Caserma Ederle.

Hall, nominated for a Bronze Star for his actions on the day of his death, grew up a military brat. His father, retired Col. John Hall, served in numerous locations around the globe.

Capt. Matthew Heimerle said Hall graduated from Michigan Technological University at the top of his ROTC class and among the top 5 percent of the ROTC students in the country.

Less than a year later, he was stationed in Vicenza and assigned leader for the battalion&#8217;s 2nd Platoon in the newly formed Company D.

It was a highly sought position, Heimerle said, admitting that he resented Hall getting it.

But he said Hall&#8217;s conduct in Vicenza &#8212; including an impressive effort in a battalion-wide conditioning drill for officers &#8212; won him over.

He said he later learned that he had attended a university in the same city in Virginia that Hall&#8217;s family had moved to. So they had fun comparing night spots.

Horning noted that Hall achieved Eagle Scout status and his actions exemplified many of the traits that Boy Scouts are told to live up to.

Apart from his father, Hall is survived by his mother, Sarah; two sisters, Melissa and Katherine; and a brother, Joseph.

Hall, the 10th soldier based in Vicenza and 12th from the brigade to die in the unit&#8217;s three months in Afghanistan, was buried Friday at Arlington National Cemetery.