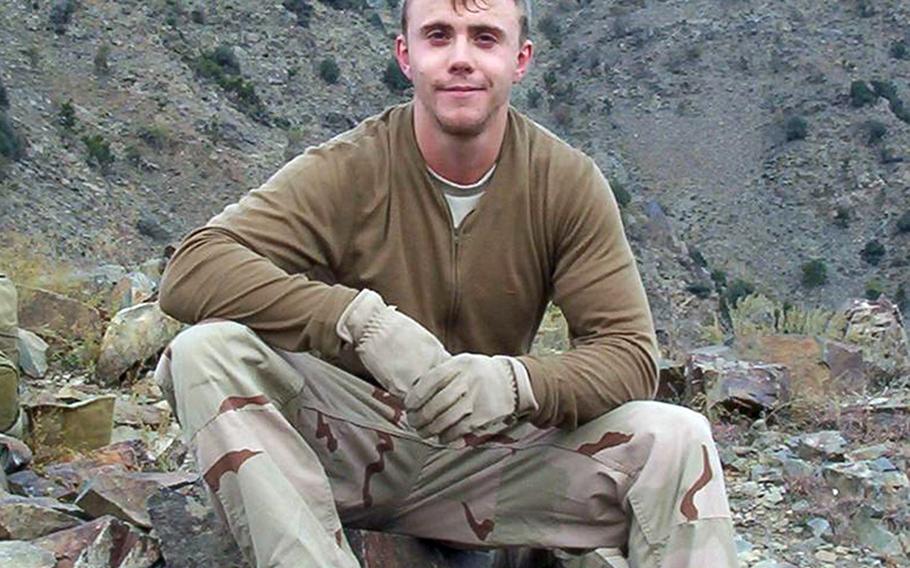 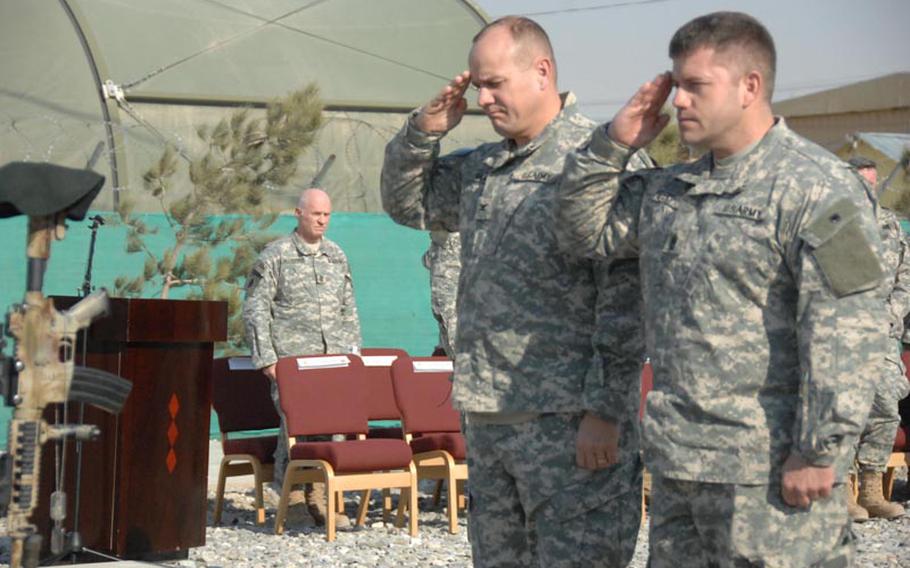 A memorial commemorates the life of Staff Sgt. Robert James Miller during a ceremony at Bagram Airfield, Afghanistan, Jan. 27. (Corey Dennis/Courtesy of the U.S. Army)

WASHINGTON &mdash; President Barack Obama will posthumously honor Army Staff Sgt. Robert Miller with the Medal of Honor in a White House ceremony next month, making him the third servicemember to receive the award for actions in Afghanistan.

Miller, a weapons sergeant assigned to Company A, 3rd Battalion, 3rd Special Forces Group Airborne, was killed by small-arms fire on Jan. 25, 2008. White House officials said Miller sacrificed his life to protect the lives of his teammates and 15 Afghan soldiers.

Army officials said Miller&rsquo;s unit was supporting an Afghan Border Police security patrol in the Chenar Khar Valley in Kunar Province when they were ambushed by Taliban fighters hiding in nearby buildings. The unit called for close-air support to bomb an insurgent position, but were attacked again when they moved in to survey the damage.

Miller&rsquo;s team captain was seriously wounded. Fellow soldiers said as he was moved to safety, Miller remained at the front of the patrol and continued to lay down suppressive fire on multiple insurgent positions, ultimately saving his commander&rsquo;s life, officials said.

Even after being wounded by enemy machine gun fire, Miller, 24, continued to fire his M249 Squad Automatic Weapon and throw grenades into Taliban positions. Army officials said his courage enabled his teammates and the Afghan security forces to gain cover and return fire.

At his memorial service two days later, Lt. Col. Samuel Ashley, then commander of Special Operations Task Force 33, said Miller was the type of soldier who never backed down from a challenge.

&ldquo;He understood the hazards of combat and the risks of his service to our nation,&rdquo; he said. &ldquo;He willingly bore the burden of the soldier. He was the epitome of the Special Forces soldier. He was a warrior among warriors.&rdquo;

Miller&rsquo;s parents, Phil and Maureen, will attend the service on Oct. 6 to &ldquo;commemorate their son&rsquo;s selfless service and sacrifice,&rdquo; according to a White House news release.

Miller, a Harrisburg, Pa., native, graduated from Wheaton North High School in Wheaton, Ill., but moved to Florida shortly thereafter. He joined the Army in 2003 and became a Green Beret in 2005. He was based at Fort Bragg in North Carolina before his death.