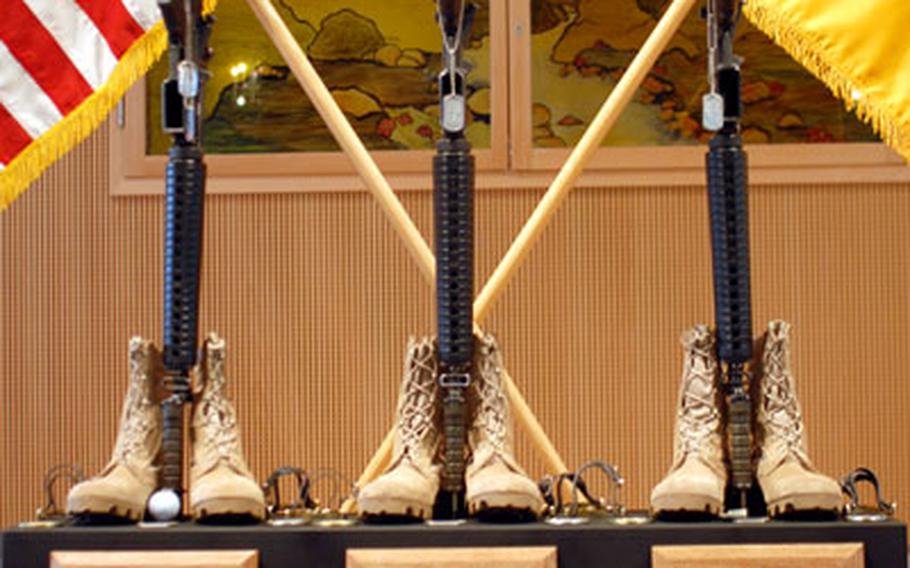 The death of 34-year-old Gamboa, a native of Guam, has had a big impact on the Vilseck and Grafenw&#246;hr communities, where four of his five children &#8212; Ashton, Austin, Avery, Krystianna and Isabella &#8212; attend school.

Many from Vilseck&#8217;s Guam community attended the memorial, including Staff Sgt. Donny Lujan, 28.

Lujan said personnel from Guam serving in Bavaria are a close-knit group, and the group is struggling to deal with the loss.

&#8220;We get together a lot and have barbecues and play cards, and Joe was always around. His family was very friendly, welcoming and open. They were happy kids, always out playing and running around,&#8221; he said.

The family is in Guam for Gamboa&#8217;s funeral. His wife, Michelle, will bring the children back to Vilseck after her husband&#8217;s funeral so they can finish the school year, he said.

Molina is survived by his parents, Josue and Maria Molina of Houston, Texas.

Candelo, also 20, was raised by his grandmother and dreamed of a life of service like his grandfather, who served in the Colombian Navy, he said.

Candelo could find a Colombian restaurant wherever he was stationed and even found one in Germany, he said.

Candelo, who was born in Houston, Texas, is survived by his parents, Alvaro Candelo and Julia Martinez.