Facilities near Stuttgart to be closed for WWII bomb disposal 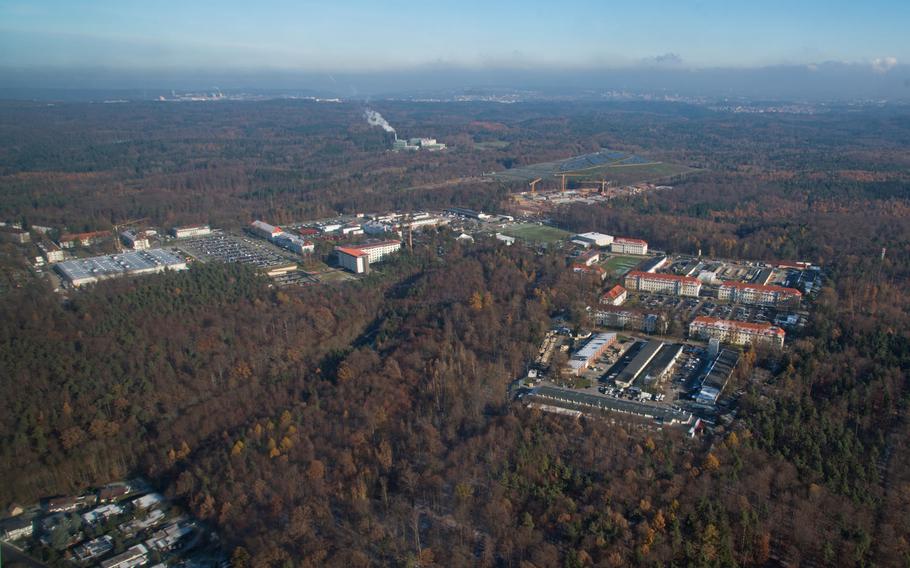 An aerial view of Panzer Kaserne near Boeblingen, Germany. Buildings around the base will be evacuated Sunday so a World War II-era bomb can be detonated. (Martin Greeson/U.S. Army)

STUTTGART, Germany — Some U.S. military buildings will be closed Sunday so a 500-pound bomb found in a wooded area near the Army garrison here can be safely detonated.

“The bomb was recently discovered and munitions experts have determined the unexploded bomb could not be dismantled and will need to be detonated in place,” U.S. Army Garrison Stuttgart announced Thursday. “In its current state, the bomb does not pose a threat.”

In Germany, World War II-era bombs are still frequently unearthed, often during construction projects. The Stuttgart area, which was home to numerous industries key to the Nazi war effort, was heavily bombarded by Allied forces.

As a precaution, buildings around the rear of Panzer Kaserne in the suburban Stuttgart town of Boeblingen will be cleared.

The mailroom, gym, shoppette and commissary are among the facilities that will be closed from 7 a.m. until 6 p.m. Stuttgart High School and the Stuttgart Elementary School will also be cleared of people. The road leading to the schools will be closed to traffic, the Army said.

The Post Exchange, the main commercial hub on base, is slated to remain open.

Local authorities will block sections of off-post traffic along Panzer Strasse, which wraps around the garrison. Detour signs will be posted throughout town.

“The community is advised to avoid the areas on Panzer Kaserne that will be blocked off on Nov. 19,” the garrison said.