A wall outside the new John O. Arnn Elementary School at the Army&#39;s Sagamihara housing area in Tokyo holds the likenesses of more than 500 teachers and students. (Juliana Gittler / S&S)

A wall outside the new John O. Arnn Elementary School at the Army&#39;s Sagamihara housing area in Tokyo holds the likenesses of more than 500 teachers and students. (Juliana Gittler / S&S) 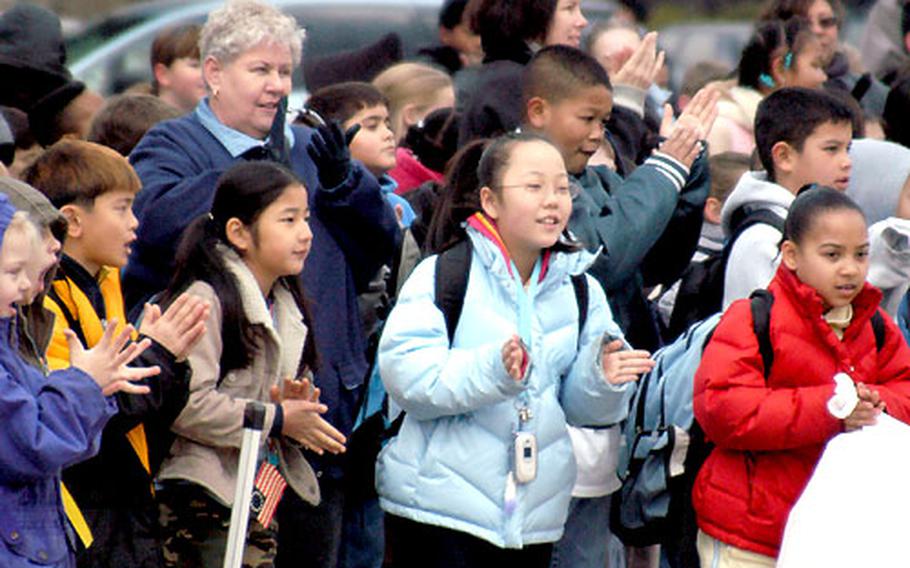 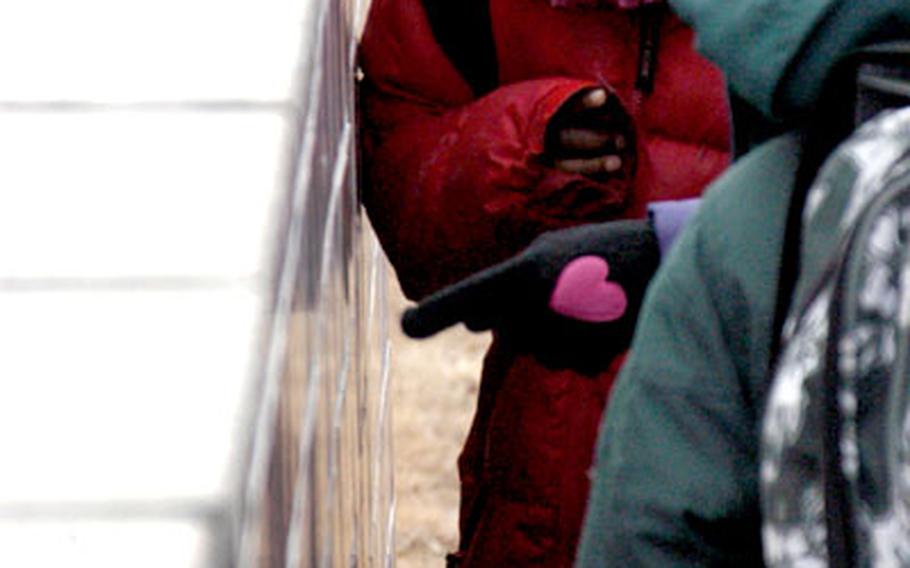 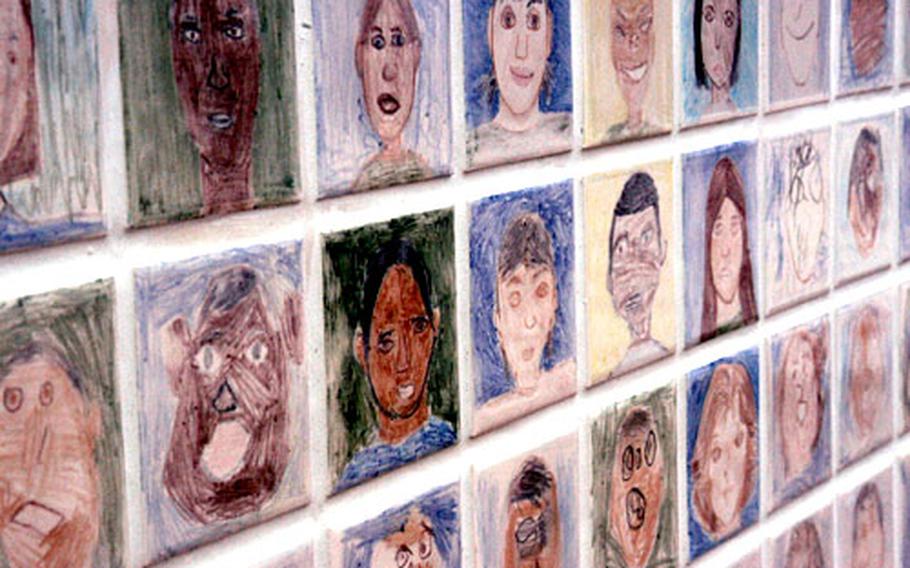 Cub Scout Christian Milton, 8, stands in front of the wall that features the likenesses of more than 500 teachers and students from the school’s inaugural year. (Juliana Gittler / S&S)

Even before the school was built, administrators were thinking of ways to commemorate the opening this year.

A former principal thought of a self-portrait tile wall. Art teacher Ken Ledbetter spent the last two years designing the wall, figuring out the best way to do the project and this year helping 500 little hands re-create their faces in a 4&#188;-by-4&#188;-inch square.

Ledbetter began last year with the school&#8217;s art club. Students tested glazes and determined how much time would be needed for the project.

This year, he began with lessons on drawing faces and graduated to drawing on tile-sized squares of paper. On tile-making day, the real work began.

Ledbetter gave the youngest students, in pre-K, kindergarten and first grade, a circular stencil to start with. They filled in the basic details from there &#8212; mouth, eyes, something akin to a nose.

Before the project, he taught the children that tiles represent some of the oldest man-made art on Earth.

He told the youngsters if they returned to Sagamihara years from now, their faces would still be there marking the school&#8217;s first year.

All of the students and many teachers and faculty participated. Ledbetter drew his face; so did a school janitor.

The Department of Public Works installed the face tiles, filler tiles and the end caps. The wall remained covered until Monday.

Aubrey Abraham, 7, thought it was fun drawing herself, although creating a face proved challenging, she said.

She plans to come back and see the title again someday. She also said she might like to be an artist when she grows up.

Christian Milton, 8, said he might come back to see the tile when he grows up, too.

Milton, a Cub Scout, thought the project was fun, but also a bit challenging.