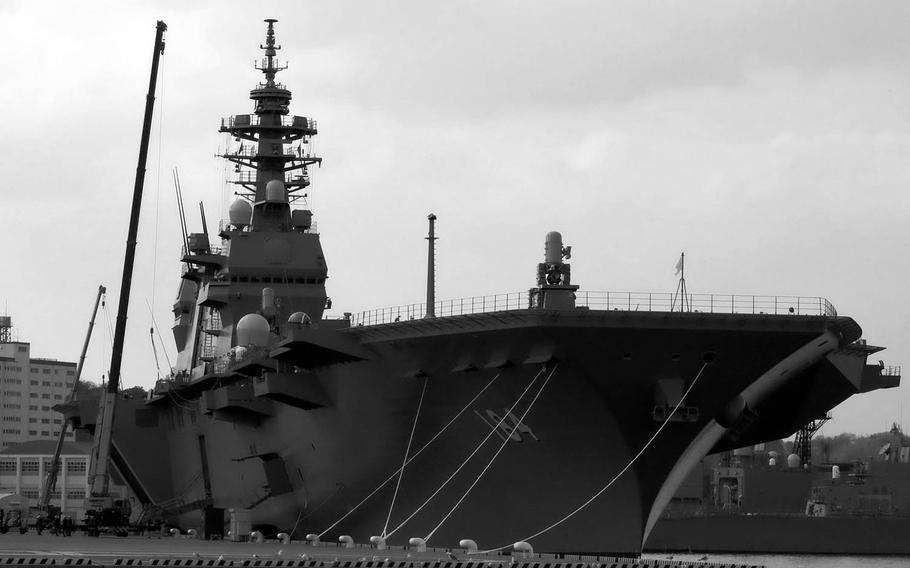 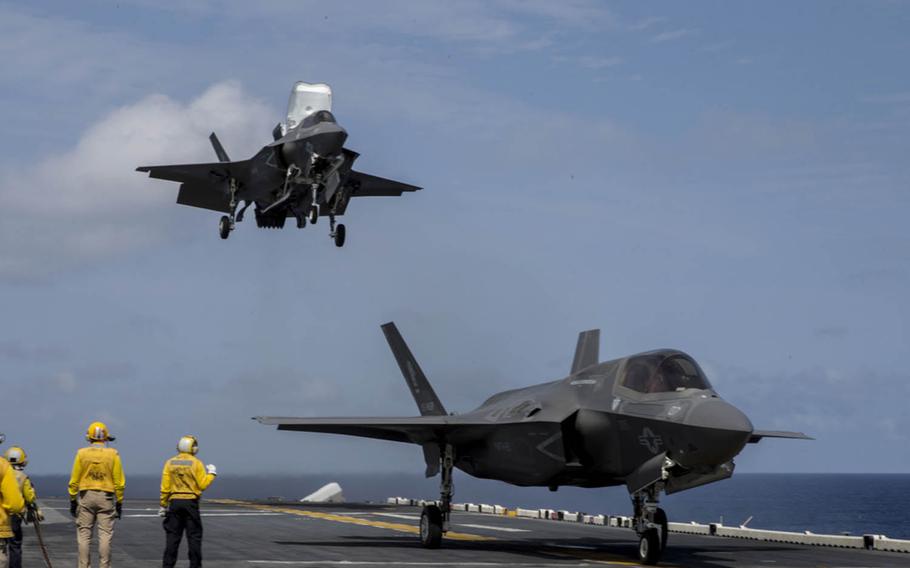 A study released by the agency on April 27 concludes that flattop Izumo-class helicopter destroyers can be retrofitted to support the short-takeoff, vertical-landing jets.

“This was a basic study necessary to objectively understand the maximum potential ability of Hyuga-class and Izumo-class destroyers,” a Defense Ministry spokeswoman told Stars and Stripes in an email.

This summer, Iwakuni-based F-35Bs completed their first patrol aboard the Sasebo-based USS Wasp, an amphibious-assault ship similar to the Japanese mini-carriers.

A May 2 article in The Diplomat suggested that the Japanese destroyers were built to carry the F-35B with decks able to withstand jet exhaust and elevators to take them to and from internal hangars.

The ships could provide rear-line support to the U.S. military during joint military operations; however, modifications to accommodate the F-35B on the Izumo-class ships would require the installation of a ski-jump, according to the study.

In 2015, Australia canceled plans to buy a dozen F-35Bs, because of modifications that would be required for its two amphibious-assault ships.

The $1.2 billion JS Izumo was commissioned three years ago and will likely operate for another 40 years, the Defense Ministry spokeswoman said.

Officials want to understand how much the ship can be modified to respond to a changing security environment and technological innovation, she said

“This doesn’t presuppose introduction of these aircraft to self-defense forces,” she said, adding that Japan has no plans to modify ships or purchase F-35Bs.

A second Izumo-class destroyer, the JS Kaga, was commissioned in June 2017. They are the largest Japanese warships at 814 feet and can carry up to 28 helicopters.

“Marine Corps forces in the Indo-Pacific are constantly seeking ways to further integrate amphibious operations and training with our allies and partners throughout the region as evidenced by the recent Pacific Amphibious Leaders Symposium which brought together 22 allied and partner militaries for the week-long symposium,” Lt. Col. Curtis Hill, a Marine Corps Forces Pacific spokesman said, in emailed comments.

The event, in its fourth year, focused on amphibious logistics and was hosted in Hawaii by Lt. Gen. David Berger, commander of Marine Corps Forces Pacific, he said.