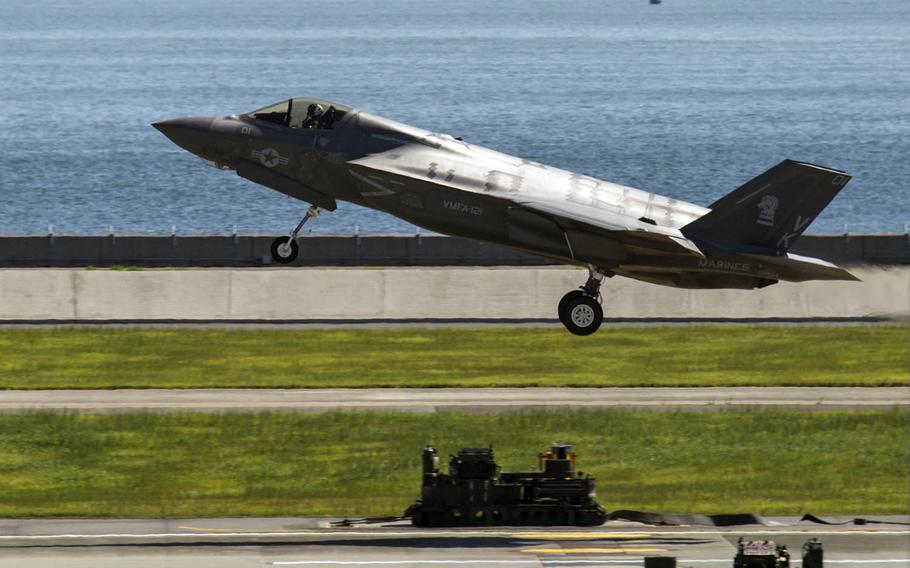 MARINE CORPS AIR STATION IWAKUNI, Japan — For the first time, America’s most advanced stealth fighter will perform aerial maneuvers at an air show in Asia during next month’s Friendship Day at MCAS Iwakuni.

This year also marks the first time that the Navy’s Carrier Air Wing 5 — which recently relocated to Iwakuni from Naval Air Facility Atsugi — will be heavily involved in the event. The wing will provide a variety of static displays, including F/A-18E and F Super Hornets, E-2D Hawkeyes, E/A 18G Growlers and Black Hawk helicopters, she said.

Another first: the Army’s parachute team, nicknamed the Golden Knights, will present the American and Japanese flags for the opening ceremony, Heisterburg said. The group has never before delivered both flags for an air show.

Aerial performances will include the Pacific Air Forces’ F-16 demonstration team, an MV-22 Osprey demonstration and a Marine Air-Ground Task Force demonstration that will feature simulated close-air support, aerial refueling and tactics used by Marine infantry in combat, according to a statement issued this week by MCAS Iwakuni.

Also appearing will be Yoshihide Muroya, a Japanese aerobatics and race pilot who was the first Asian to compete in the Red Bull Air Race World Championship, and Masahiro “Whiskey Papa” Utsumi, an internationally renowned aerobatics pilot, the statement said.

For more information on the festival, www.friendship-day.net.