F-35 stealth fighters to deploy to Japan next year 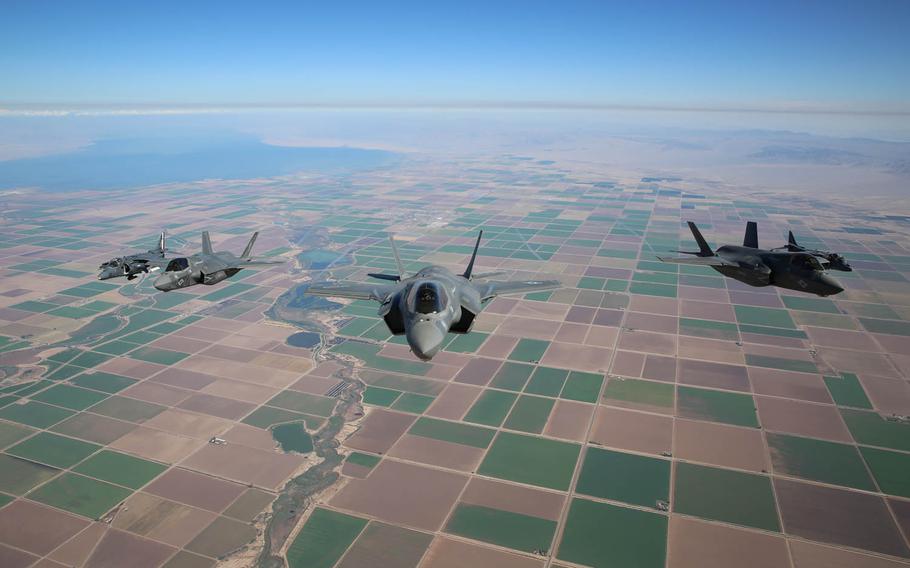 YOKOTA AIR BASE, Japan — The U.S. is planning to send F-35 stealth fighters to Japan next year, according to a Japanese media report.

Plans are to deploy the jets in January to Marine Corps Air Station Iwakuni, Assistant Secretary of the Navy Sean Stackley announced at a House Armed Service Committee hearing Wednesday.

“Marine pilots love this plane and the capability it brings to the air-ground task force,” Stackley said.

Japan is one of eight countries jointly developing the high-tech fighter, which has become America’s most costly weapon with a price-tag of $1 trillion over the next four decades.

Japan’s Air Self-Defense Force plans to acquire 42 F-35s. Stackley told the committee that the first of those jets is expected to roll off the assembly line in November.

U.S. Forces Japan spokesman Lt. Col. Kenneth Hoffman said in an email Friday that the deployment of the aircraft would not proceed without an authorization from the Japanese government.

“The government of Japan is aware that the U.S. intends to replace the F-18 with the F-35 in the future. The specific timeframe for this replacement remains to be determined,” he said.

The effort to exchange aircraft will take place in close coordination with the government of Japan, Hoffman said.