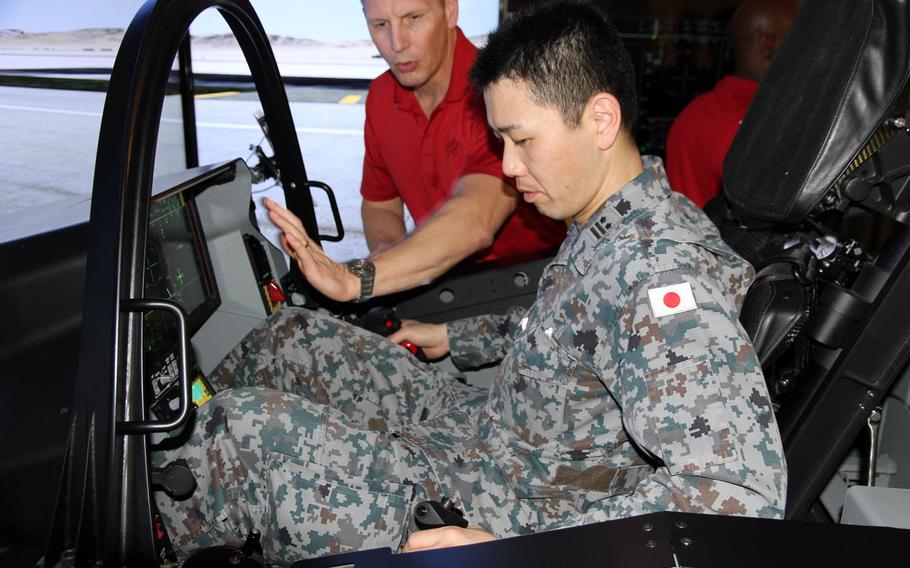 Buy Photo
A member of the Japan Self-Defense Forces tries out an F-35 fighter-jet simulator during a two-day symposium at Joint Base Pearl Harbor-Hickam, Hawaii, Tuesday, March 14, 2017. (Wyatt Olson/Stars and Stripes)

Buy Photo
A member of the Japan Self-Defense Forces tries out an F-35 fighter-jet simulator during a two-day symposium at Joint Base Pearl Harbor-Hickam, Hawaii, Tuesday, March 14, 2017. (Wyatt Olson/Stars and Stripes) 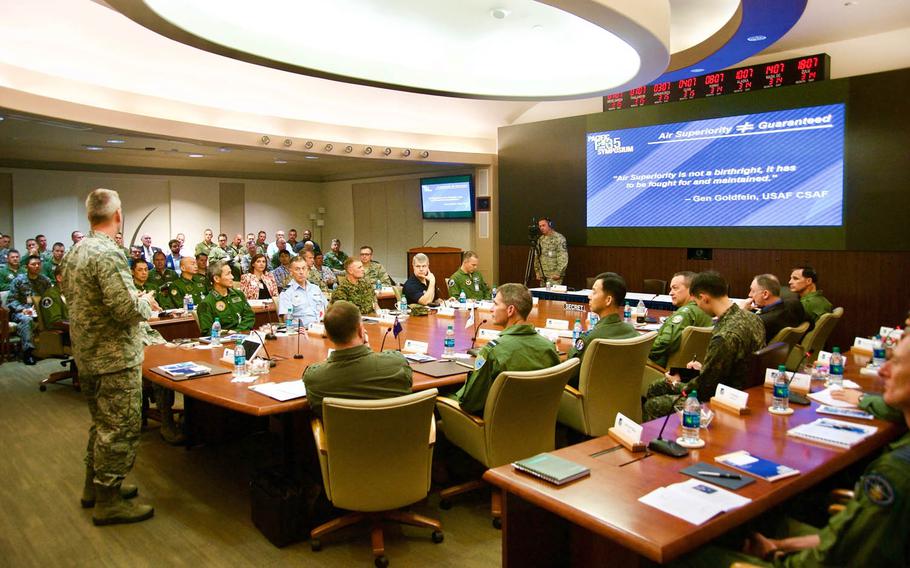 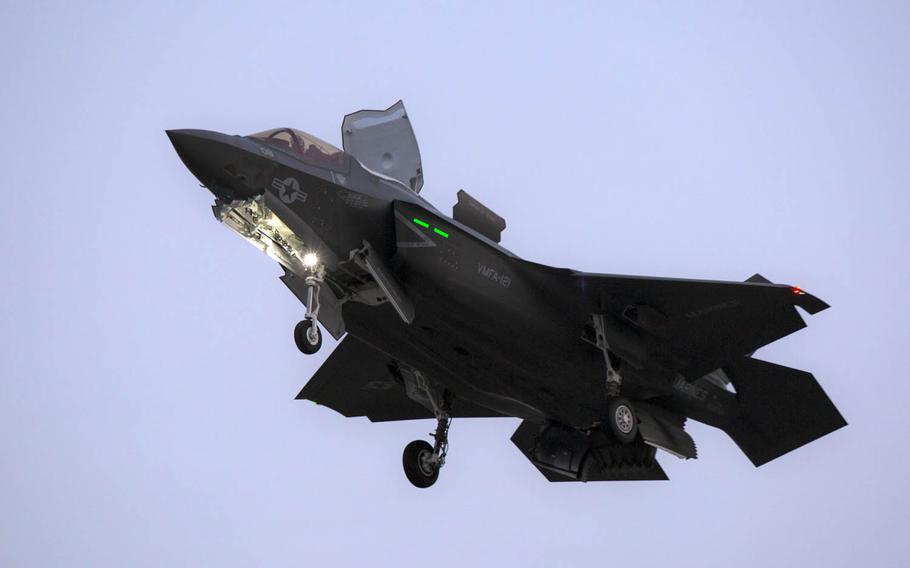 JOINT BASE PEARL HARBOR-HICKAM, Hawaii — Pacific Air Forces brought more than 100 pilots and allied military officials together this week to discuss how to best operate and manage the newest fighter aircraft in the United States arsenal.

The two-day symposium on the F-35 Joint Strike Fighter served as the first loop in a knot “to more quickly mature the airplane” among Pacific allies, said Air Force Brig. Gen. Craig Wills, director of strategy, plans and programs for U.S. Pacific Command, on Tuesday.

The symposium included pilots, intelligence officers, logistics professionals and military officials from Japan, South Korea and Australia, the three countries in the region that have purchased F-35s.

“At the operator level, there’s never been anything like this,” Wills said of the symposium. “These are the people that are really going to make it happen.”

For example, the wing commander from Hill Air Force Base in Utah, which is the Air Force’s first operational F-35 wing, told attendees about the bumps to expect in establishing their own wings, he said.

The jet’s stealth technology also requires a rethinking about maintenance.

“The maintenance group commander from Hill Air Force Base gave two or three really good examples of things that nations should look at when they are training their maintenance people to do this,” Wills said.

Japan received a pair of F-35s in January, the first of the aircraft to be delivered to an overseas ally. Ten of the Marine Corps’ F-35s are deployed to Marine Corps Air Station Iwakuni, Japan, with six more slated to arrive later this year.

Japan has been pushing back on China’s assertiveness in the region, and the island nation is a linchpin in the United States’ goal of maintaining the post-World War II security order in the Pacific.

South Korea will get its first F-35s next year, and Australia has been training pilots in the aircraft in Arizona since 2014. Australians got a look at the F-35 earlier this year when the jet made its first appearance in the country at the Australian International Airshow.

President Donald Trump, Sen. John McCain and other prominent critics of the F-35 program have assailed its budget overruns, which have made it the most expensive weapons program in history. The program will now cost upward of $400 billion, according to congressional estimates.

However, Pacific military planners said the aircraft is highly capable and brings the added benefit of alliance building with partner nations purchasing the F-35.