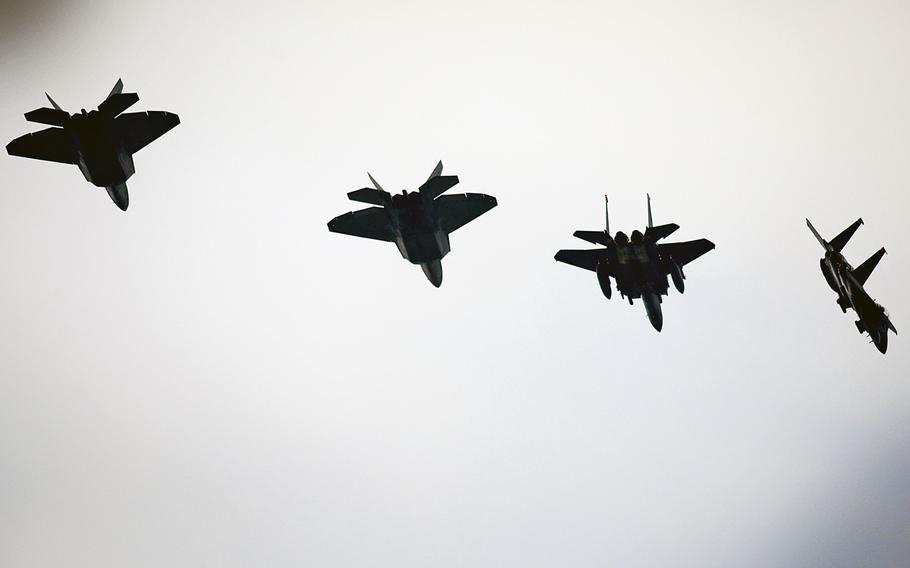 STUTTGART, Germany — The U.S. Air Force has again deployed a group of F-22 Raptors to Europe in a move to reassure allies and deter would-be aggressors, U.S. European Command said.

The service’s most-advanced aircraft, along with airmen and support equipment, arrived Monday at RAF Lakenheath, where they will be deployed until May. From Lakenheath, the aircraft will circulate around Europe, visiting other NATO bases as part of the training effort, EUCOM said.

The deployment of the stealth F-22s, a fifth-generation fighter known for its ability to fly undetected, is a sign of the U.S.’ “enduring commitments to NATO allies, and deter any actions that destabilize regional security,” EUCOM said.

The command did not specify how many aircraft or airmen were deployed.

The training marks the second time the EUCOM has played host to a deployment of F-22 aircraft. In August, F-22s deployed to Spangdahlem Air Base and conducted training missions in the Baltics and Poland.

The deployments are part of the ongoing Atlantic Resolve campaign, which is focused on reassuring NATO allies and delivering a message of deterrence to Russia. Since Moscow’s intervention in Ukraine in 2014, the Pentagon has expanded its presence in Europe with rotational deployments, such as dispatching F-22s on brief deployments and expanding the presence of Army troops in and around the Baltics.

While deployment of F-22s is rather unusual in Europe, they have been dispatched to the Pacific on a more routine basis in years past. The aircraft have also taken part in airstrikes against the Islamic State group as part of Operation Inherent Resolve.