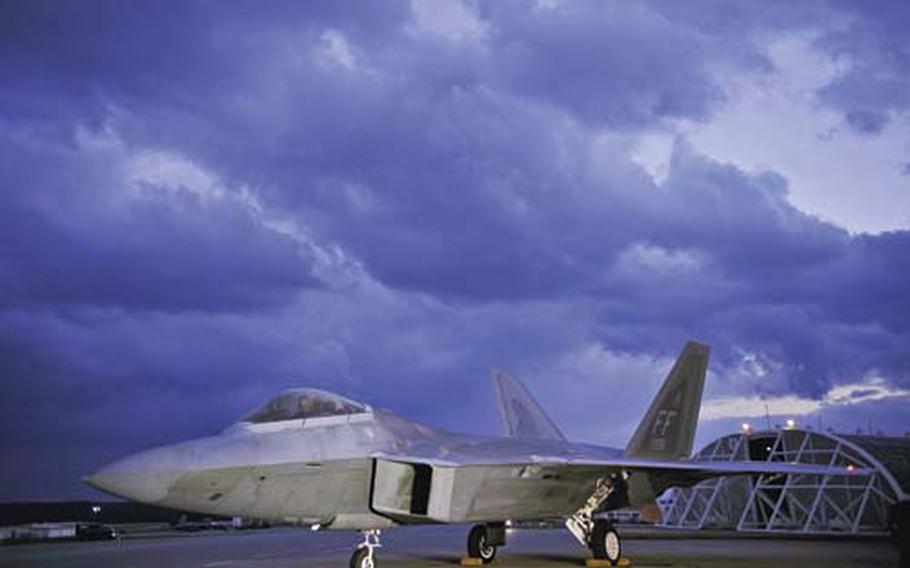 WASHINGTON &#8212; The Senate voted 58-40 to strip $1.75 billion in funding for seven new F-22 fighter jets next year, the latest victory for the Obama administration&#8217;s fight to curb military spending.

Senators in the Armed Services Committee last month voted to include the money over objections from the White House and Defense Secretary Robert Gates, arguing the aircraft still represents a critical military need and ending production would endanger thousands of jobs.

Obama has threatened to veto the defense budget bill if extra F-22 funding is included in the final version. The House, which passed its draft last month, included money for 12 more of the aircraft, in an effort to keep the production lines open.

Pentagon officials said Gates called several senators Tuesday morning before the vote. On Monday, the defense secretary again took aim at the aircraft, calling it a "pet project" of some lawmakers and noting that the military budgets are too tight to waste money.

He argued against congressional talking points that the move would cost aerospace jobs, insisting that ramped-up production of the F-35 would add thousands of new positions within the industry.

"What I have not heard is a substantive reason for adding more aircraft in terms of our strategic needs," he said.

Georgia would be hit especially hard by a shutdown of F-22 operations.

The amendment to drop the F-22 funds was sponsored by Sens. Carl Levin, D-Mich., and John McCain, R-Ariz., who both argued that the system represented wasteful military spending at the expense of other critical military needs.

"We must do the sensible thing," Levin said in his floor speech on Tuesday. "[Secretary Gates] feels deep in his gut we must change the way we do business. We must end production of some of these systems."

Shortly after the vote Obama praised the decision.

"At a time when we&#8217;re fighting two wars and facing a serious deficit, this would have been an inexcusable waste of money," he said.