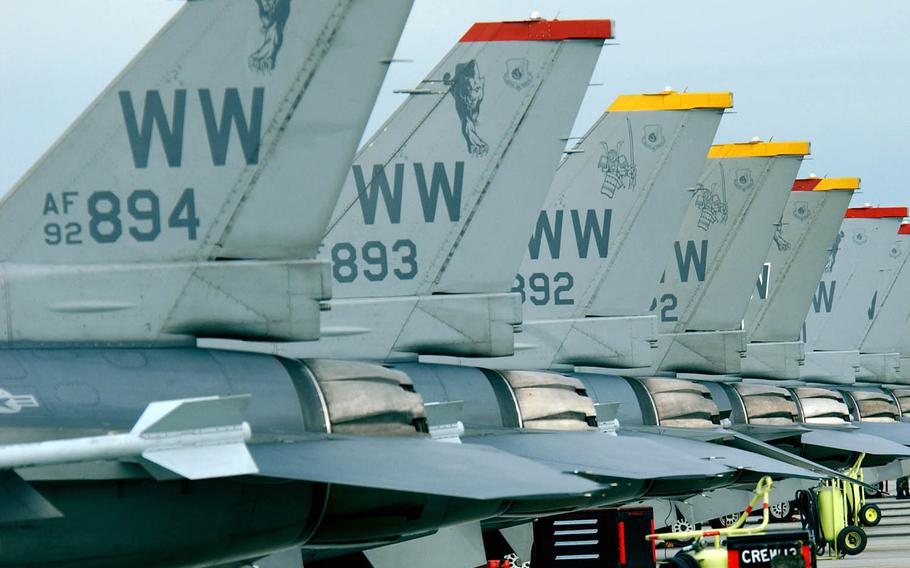 Misawa Air Base is home to the 35th Fighter Wing in northern Japan. (U.S. Air Force)

An Air Force F-16 Fighting Falcon overran the runway at Misawa Air Base on Tuesday, causing a brief closure that led to flight cancellations and delays.

The incident occurred at approximately 10:45 a.m. during a routine landing, said 35th Fighter Wing spokeswoman Capt. Lauren Linscott. No injuries were reported and there was no damage to the aircraft.

The fighter only slightly overran the area where it was supposed to land “as a result of weather conditions,” Linscott said. It never left the paved surface.

Weather forecasts called for about a centimeter of snow that morning.

“This section of the airfield exists so that, in events such as this, aircraft remain safe and on a paved surface,” Linscott wrote in an email to Stars and Stripes. “The pilot executed the landing according to protocol, the aircraft remained on pavement throughout the entire event and the F-16 was towed back to parking.”

Runway operations were suspended for about an hour, ending at 11:43 a.m., Linscott said.

Three F-16s from Misawa landed at Yokota Air Base in western Tokyo at about 11:35 a.m., but Linscott wasn’t sure if their arrival was related to Misawa’s runway closure. The pilots may have diverted to Yokota due to the inclement weather, she said.

Two commercial flights at Misawa Airport, which shares facilities with the base, were canceled due to the runway closure and two others were delayed, Kyodo News reported.