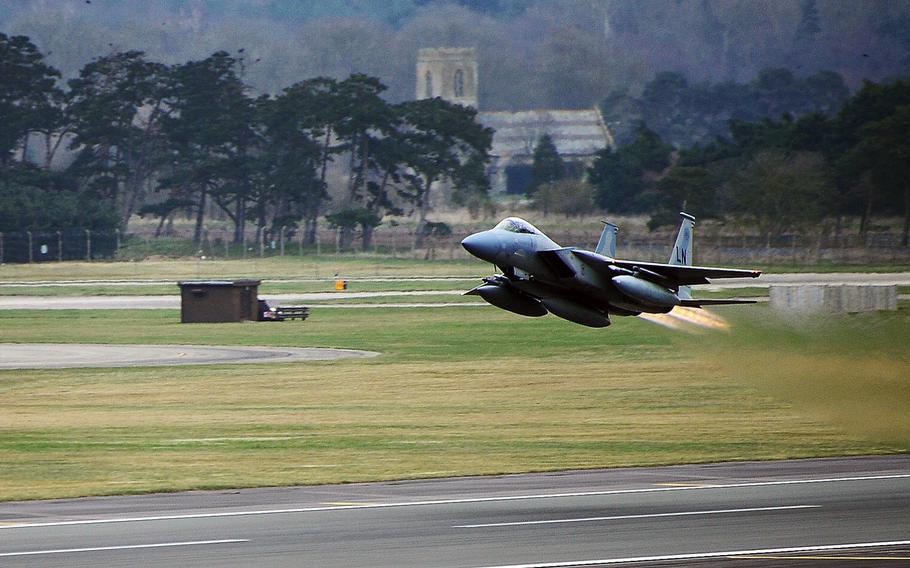 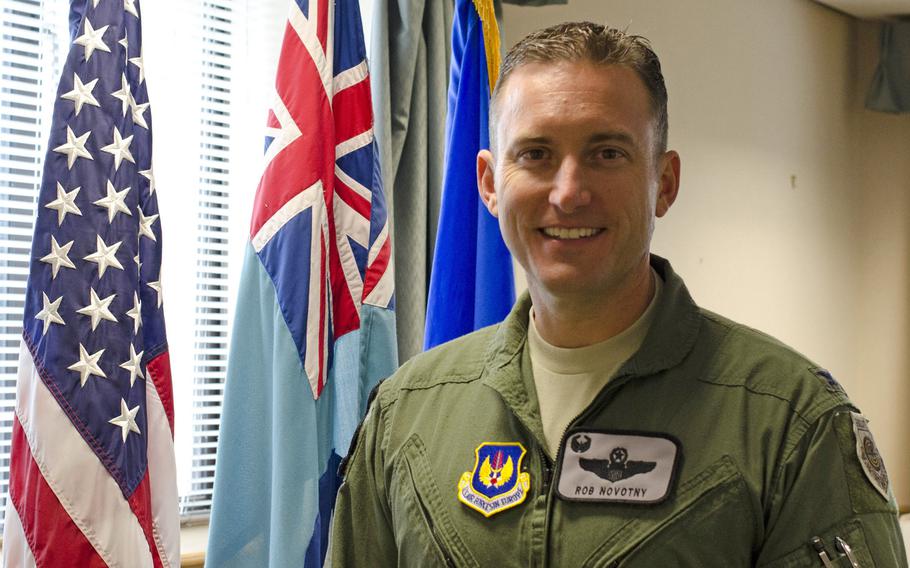 Buy Photo
Col. Robert Novotny, commander of the 48th Fighter Wing and RAF Lakenheath, England, stands for a photo inside his office on Monday, July 28, 2014. Novotny assumed command of the base last week. (Adam L. Mathis/Stars and Stripes)

RAF LAKENHEATH, England — This is not the time to talk about reducing the number of F-15 fighter jets in Europe, given the situation in Ukraine, according to the new commander of the 48th Fighter Wing, which flies the only F15s in Europe.

U.S. fiscal austerity is squeezing military budgets, and Department of Defense officials are questioning whether Lakenheath should be closed or lose some of its fighter jet inventory. Gen. Philip Breedlove, commander of U.S. European Command and supreme allied commander Europe, revealed in June that the Defense Department was considering pulling some F-15s from Europe, and Lakenheath is the only F-15 base on the continent.

Novotny agreed reducing the F-15C Eagle fleet makes fiscal sense, although he considers it to be “the world’s greatest” fighter at air-to-air combat.

The F-15, which entered Air Force service in 1979, is also starting to find itself outclassed. When Novotny was stationed at Nellis Air Force Base in 2012, he flew the F-15 against the new F-22 Raptor and found the older plane unable to match the new one.

“For me, if I’m acting the bad guy, I can’t outrun them,” Novotny told IEEE Spectrum, a leading technology, engineering and science magazine. The Raptor is “shooting me from a lot farther away, and I usually never see them.”

But Novotny said he agreed with the assessment of Defense Department officials who have advocated the F-15C remain at Lakenheath while the situation in Ukraine remains unstable.

“I think retiring the F-15Cs here at Lakenheath was a prudent decision in light of the fiscal constraints before Russia annexed Crimea and before there was a raging battle on the eastern front of Ukraine,” he said.

Lakenheath aircraft have been part of NATO air policing missions over the Baltic states recently. The missions have been ramped up as part of an alliance effort to reassure allies in the east, who fear Russia’s intentions toward states once under Soviet domination. Novotny said the base is deploying airmen to Bulgaria next month to train with local forces as part of that continuing effort.

However, Novotny described it as a routine training event to work with regional partners.