F-15, MiGs match up for exercise in Romania 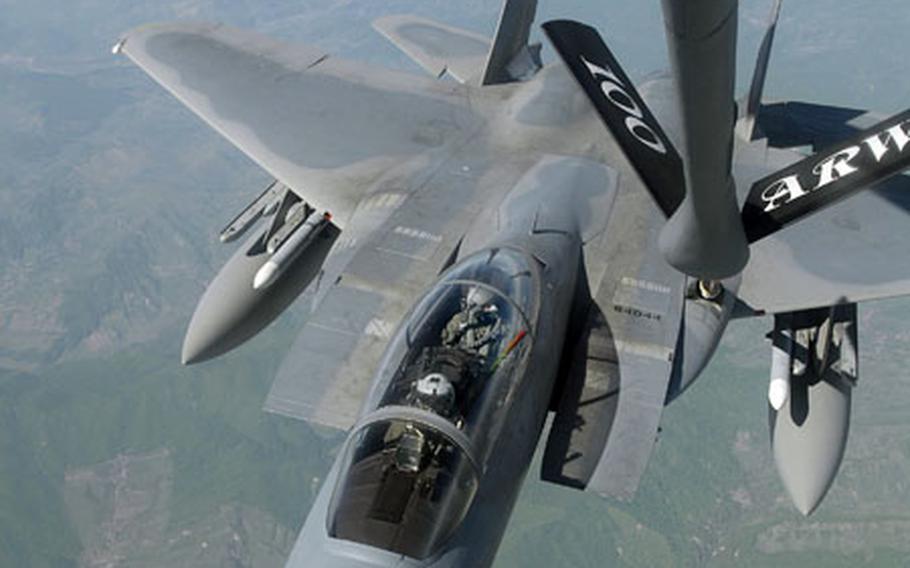 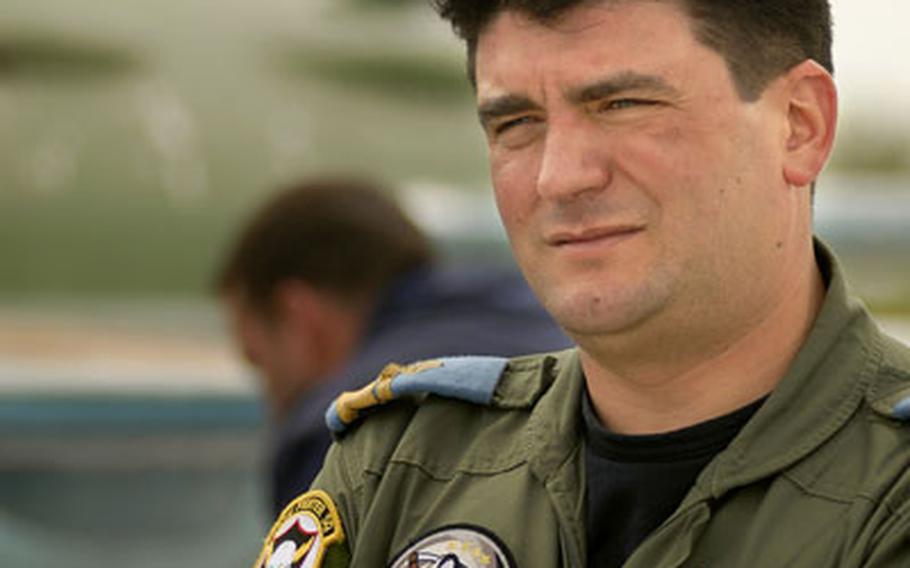 Lt. Cmd. Moise Daniel, a Romanian MiG-21 Lancer pilot, talks with media Tuesday at Mihail Kogalniceanu air base, Romania. “Tomorrow will be the last day of flying and everybody is sad,” said Daniel who likened the experience to a dream come true. (Ben Bloker / S&S)

MIHAIL KOGALNICEACU AIR BASE, Romania &#8212; Romanian air force Lt. Cmdr. Moise Daniel had been watching the F-15 Eagle for years from afar, but never imagined he&#8217;d one day have the opportunity to dogfight the American fighter jet.

Daniel was one of the dozens of Romanian air force airmen who participated in the two-week Exercise Sniper Lance, which saw approximately 200 England-based airmen from the 100th Air Refueling Wing and the 48th Fighter Wing deploy to this former Eastern Bloc state.

Two RAF Mildenhall-based KC-135 Stratotanker air refueling jets and a dozen RAF Lakenheath-based F-15 Eagles arrived at this base near the Black Sea town of Constanta on April 20 and will depart later this week.

Exercise Sniper Lance comes on the heels of training between the Romanian Air Force and the U.S. Air Forces in Europe in 2006.

It&#8217;s also part of a growing military relationship between the two nations that will eventually include the air base being home to a U.S. Joint Task Force run primarily by the Army with support from the Air Force, according to Col. Steven Dreyer, USAFE liaison officer to U.S Army Europe.

Daniel, who participated in last year&#8217;s exercise with the Spangdahlem, Germany-based 22nd Fighter Expeditionary Squadron, said the training was intended to be more educational than competitive.

Romanian Air Force Maj. Cristian Popovici said playing host to the F-15s is an invaluable opportunity for pilots from both air forces.