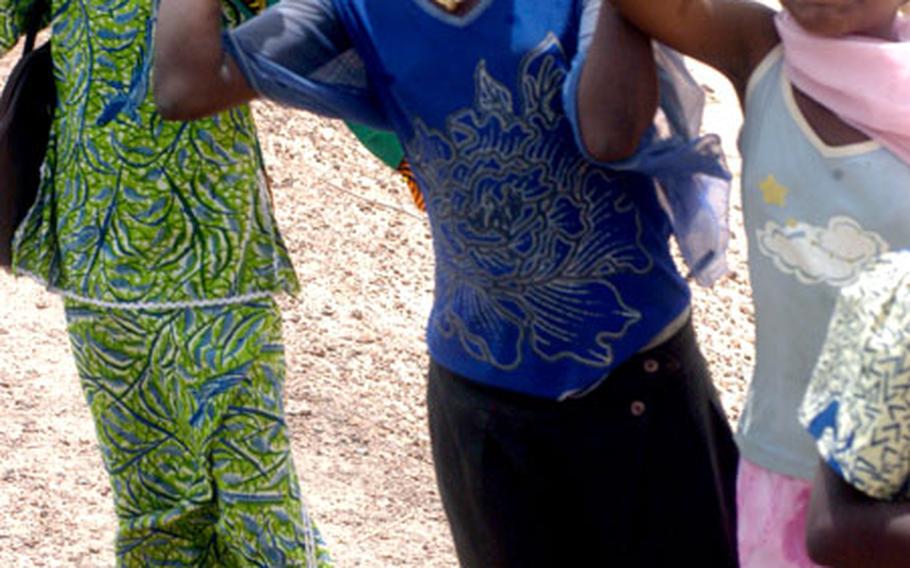 Youngsters wave to the Team Niger convoy as the soldiers travel through southwestern Niger on the way to camp for Flintlock 05. (Charlie Coon / S&S)

Youngsters wave to the Team Niger convoy as the soldiers travel through southwestern Niger on the way to camp for Flintlock 05. (Charlie Coon / S&S) 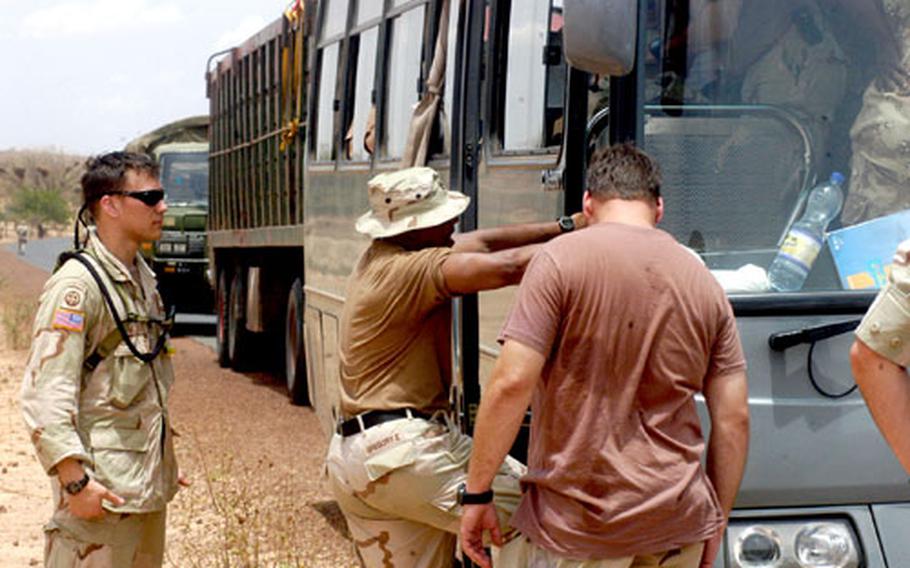 Soldiers from Team Niger get back onto their bus after a break during a 15-hour convoy Thursday from Niamey to Tahoua. (Charlie Coon / S&S) 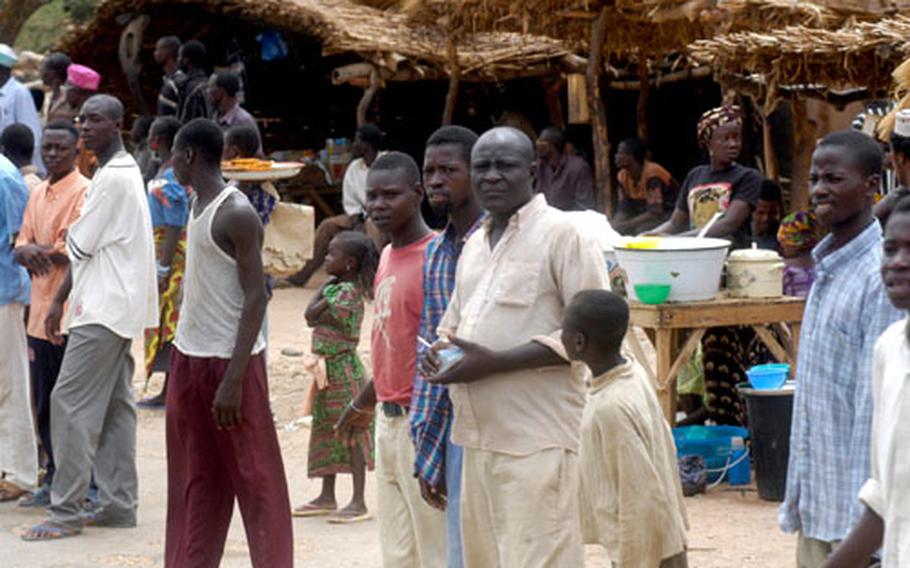 Nigeriens along the road watch Thursday as the convoy of Team Niger passes through their town in southwestern Niger. (Charlie Coon / S&S)

And they were impressionable, so the Americans smiled and waved to make a good impression.

Sullivan, of Sullivan County, Pa., and a medic with the 160th Forward Surgical Team from Miesau, Germany, had seen worse.

For Team Niger, the exercise called Flintlock 05 continued Thursday with a 15-hour convoy that chugged through the heat like a choo-choo train. Flintlock 05 is a seven-nation &#8220;peace operation&#8221; to train national armies to defend their nations. It also aims to make friends.

For many of the soldiers on Team Niger, the convoy was a sweaty, eye-opening introduction to Africa.

The asphalt strip on which they traveled pierced through a vast land of bronze-red dirt stretching for miles into the horizon. Out of its dirt floor grew short green trees and bushes. The soldiers rode past cows and goats grazing on the plants under shepherds&#8217; watchful eyes.

A feathery blanket of cirrus clouds made the sky bluish-white. The clouds helped filter the sun, but did not diminish the 100-degree heat.

At noon, the convoy stopped along a deserted stretch of the road for a break. After the soldiers got back on the bus and its engine turned, one made pointed observation.

The soldiers rode through villages that were identified by small white road signs with black block letters: Diawondo, Tombo Valley, Birni Gauore. Many of the villages were no larger than a football field.

Some dwellings were made from the red dirt and had holes in them for windows; others were like tepees, made from branches that came to a point on top and built on top of tree stumps for elevation to protect occupants from rainy-season flooding and critters that slither and crawl.

In larger towns, the roadside was lined by ramshackle shops. Smoke rose from piles of meat cooking over wood fires. People with nearly jet-black skin stood in small groups or sat in the shade. Women wore flowing, wrap-around gowns of red, green, yellow and blue and carried buckets on their heads.

All watched as the convoy passed.

Draper, of Shreveport, La., and a medic with the 160th FST, was humbled.

About 12 hours into the desert road trip, the convoy pulled over for gas. As they got off the bus, the soldiers were engulfed by vendors hawking cold drinks, jewelry and other souvenirs. They bartered for deals as the vehicles were being refueled, then reboarded.

Justin, a Special Forces specialist from the Alabama-based 20th Special Forces Group who asked that his last name not be used, thought about the training mission that would begin at the end of the Thursday&#8217;s journey.