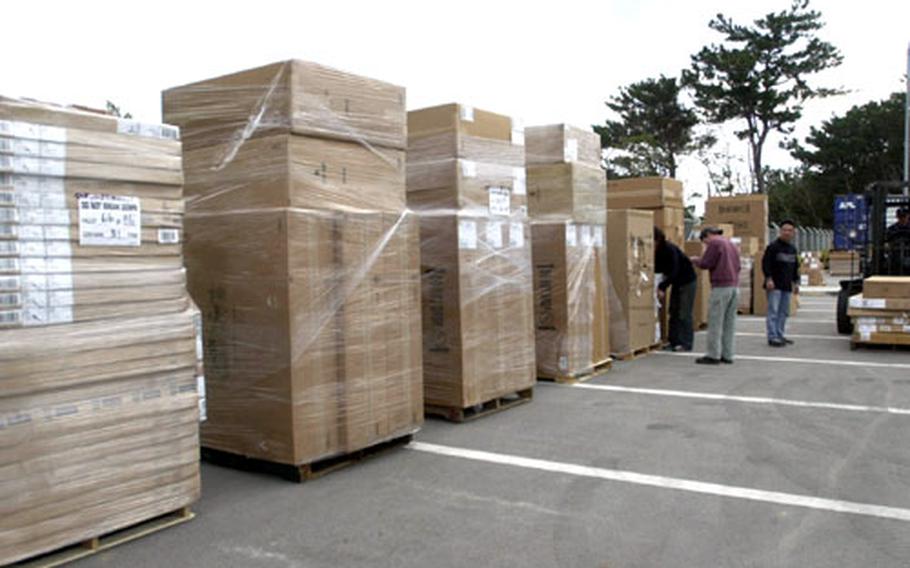 KADENA AIR BASE, Okinawa &#8212; The Department of Defense Dependents Schools District Office received two truckloads of supplies for all Okinawa schools this week &#8212; and another two are on the way.

The first shipment contained everything from books to furniture and puppets to painting easels, said Sharon Carter, the district&#8217;s elementary education specialist. Carter said the supplies are for the multi-age classrooms, with 1st, 2nd and 3rd-graders, and the goal is to standardize the classrooms. &#8220;Every classroom will have the same type of physical environment,&#8221; Carter said.

She said the schools are moving away from traditional desks and going to tables and chairs to divide the classroom into sections. Children will be able to work on one subject in the various sections and rotate through.

Meyer thanked the school district&#8217;s finance office. &#8220;They always have a project on the shelf that they can reply instantly with when money is available," Meyer said. &#8220;The finance office really drives that train for us.&#8221;

Carter said the supplies would take several weeks to make it into the classroom. The district office must first determine what each school gets and then each school&#8217;s supply office must inventory the gear before handing it out.