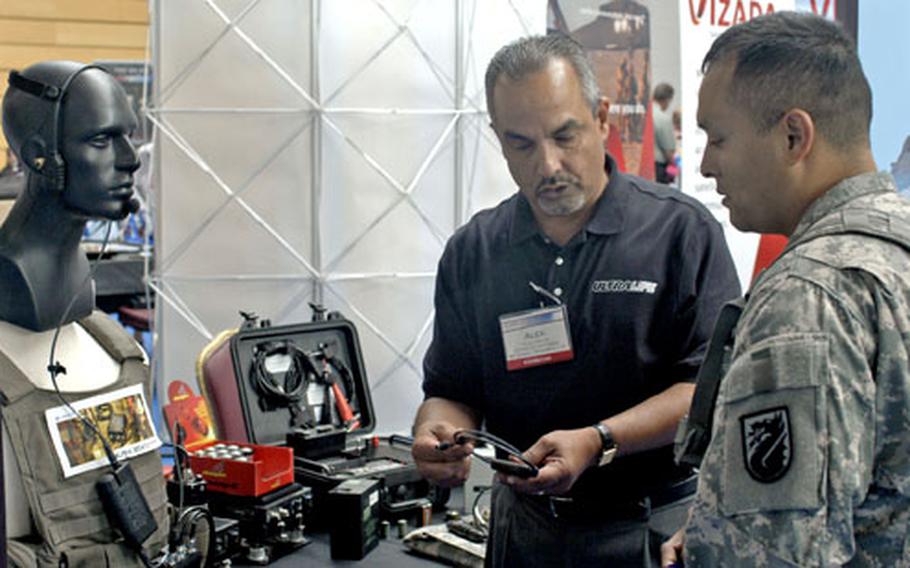 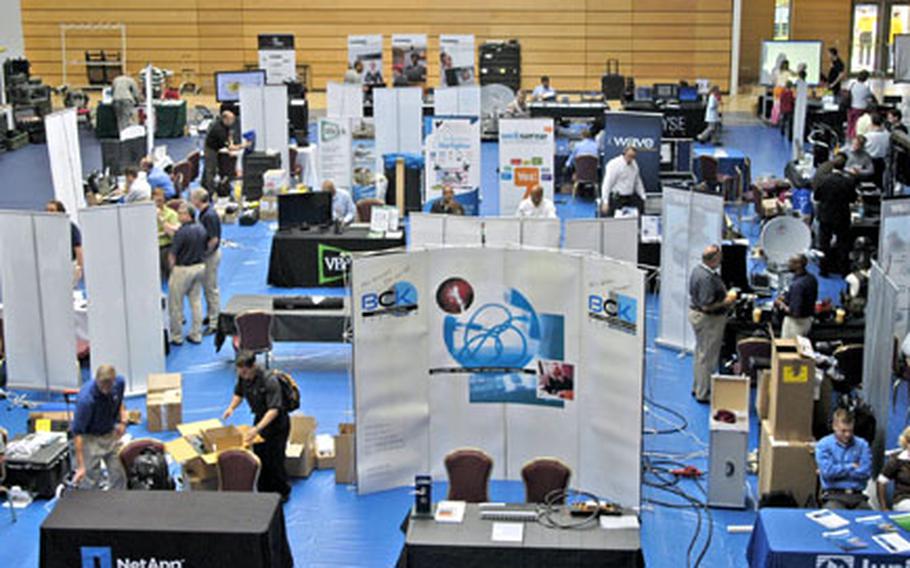 Exhibitors get ready for the crowd Friday at Wiesbaden. The expo will continue to several bases throughout Germany this week. (Mark Patton / S&S) 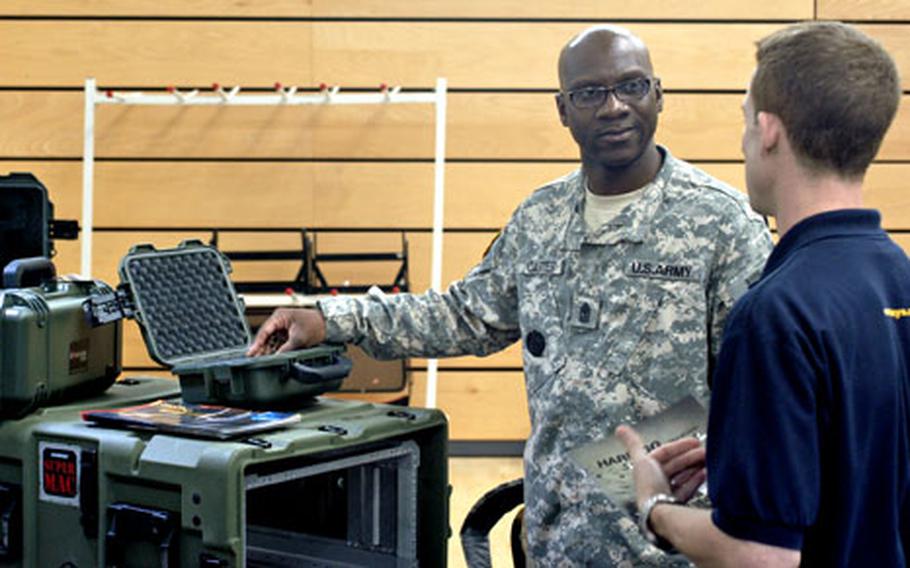 Sgt. Maj. Emanuel Carter listens as Travis Dunn of C2 Gear explains the latest in transport cases. Dunn said the expo is an opportunity for him to say hello to the soldiers who already use his company’s products. (Mark Patton / S&S)

WIESBADEN, Germany &#8212; A technology expo showing soldiers the latest in high-tech equipment and accessories will make four stops in Germany this week.

The expo, organized by National Conference Services Inc., set up shop Friday at the Wiesbaden Army Airfield. The 102nd Signal Battalion played host for the event, which featured more than 40 exhibitors showing off their wares and garnering feedback from the troops who could soon be using their products.

One of the biggest attractions at Friday&#8217;s event was the SOCOM-X, a tactical communications headset and push-to-talk system. The headset, developed by Ultralife Corporation, featured lightweight headphones that fit underneath a helmet with ease and include noise suppression for both receiving and sending. The system also allows the user simultaneous control of up to three radios and even comes equipped with an iPod hookup.

"This is one of the best ideas to come out," said 2nd Lt. Miguel Hernandez from the 5th Signal Command, as Ultralife business development manager Alex Jordan was showing him the intricacies of the equipment.

Spc. Kelley Harrison from the 1st Military Intelligence Battalion spent most of his time listening to Andreas Koll from Corning Cable Systems about Corning&#8217;s newly launched ClearCurve optical fiber cable. Koll explained the reduced cable diameter allows the cables to be routed through tight spaces while ensuring performance is not impacted.

"My company, we support a forward mission with multiple aspects," said Harrison. "A lot of things here would improve our mission and readiness."

Friday&#8217;s turnout of more than 200 people was the largest yet in the seven years the exhibit has come to Wiesbaden, according to Lacey Livingston, event manager.