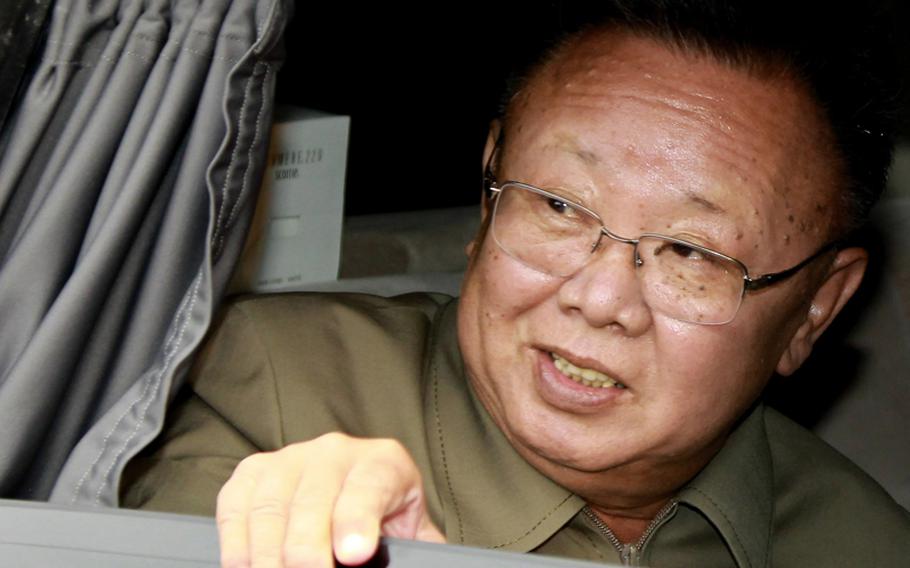 SEOUL &mdash; The death of longtime North Korean leader Kim Jong Il has thrust the renegade nation into a period of deep uncertainty as the world watches to see whether his young son, Kim Jong Un, can hold onto power or whether more seasoned members of the communist regime attempt to wrest authority from his inexperienced hands.

The likelihood of a seamless leadership change has long been debated among those with interests in the Korean peninsula, especially since Kim Jong Il promoted his son, believed to be in his late 20s, to four-star general and positioned him as the heir apparent to the throne originally held by his Kim Jong Il&rsquo;s father, the nation&rsquo;s founder, Kim Il Sung.

North Korea&rsquo;s Central News Agency announced Monday that Kim Jong Il died Saturday of a heart attack at the age of 69, while on a train trip. His failing health was a poorly kept secret in recent years and he was believed to have suffered a stroke in 2008. He had ruled the cloistered country since 1994.

Experts on North Korea said they expect government and military leaders to rally around Kim Jong Un, at least publicly, in the short term. But, they said, his succession is not certain, and South Korea, the U.S. and North Korea&rsquo;s northern neighbor and closest ally, China, should be prepared for possible instability if there were a protracted power struggle.

A key player in any power struggle, experts said, would be Jang Song-thaek, Kim Jong Il&rsquo;s brother-in-law and a high-ranking member of the North&rsquo;s National Defense Commission. Jang could facilitate Kim Jong Un&rsquo;s rise to power or take a more prominent role in running the country himself.

Robert Carlin, a visiting scholar at the Center for International Security and Cooperation at Stanford University, said he expects, &ldquo;a period of stability on the surface, as everyone dances nervously through the next few months, watching everyone else&rsquo;s face.

&ldquo;Some people will pay particular attention to Jang Song-thaek and how he knits his brow,&rdquo; he said. &ldquo;Some will rally around Kim Jong Un.&rdquo;

Carlin said Kim Jong Un has been building his power base for years, even before he was essentially unveiled to the public in September 2010.

&ldquo;[The] security and military [forces] have seen shakeups and unusual promotions,&rdquo; he said. &ldquo;Maybe that base is fairly firm, though all the work might not have been done to secure it.

&ldquo;What we don&rsquo;t know is the personality of Kim Jong Un &mdash; how decisive he is, how much charisma he has. If he&rsquo;s tough, this is when he&rsquo;ll have to show it.&rdquo;

David Garretson, a Seoul-based professor of international relations at the University of Maryland University College said, &ldquo;The [North Korean] military will live with [Kim Jong Un] at the moment, because it has to have a unifying center.&rdquo;

After that, he said, it is unclear whether Kim Jong Un will grow into a strong leader, whether he will be held up as a figurehead or whether the military will run the country &ldquo;as some sort of collective leadership.&rdquo;

&ldquo;Military bureaucracies, in general, are conservative,&rdquo; Garretson said. &ldquo;They don&rsquo;t like change. The question is, how much is [Kim Jong Un] going to do what they want him to do? How much will he try to exert his authority? Just how much power will he be able to exercise?&rdquo;

The best approach for the U.S., China and other countries, Garretson said, is to stand by while the North sorts out its transfer of power.

&ldquo;You don&rsquo;t want it to look like you&rsquo;re messing in the transition process, or they may feel that they have to lash out at you,&rdquo; he said.

Zhang Baohui, an expert on China politics at Lingnan University in Hong Kong, said China will take a hands-off approach as long as the regime is maintained by Kim Jong Un or by the military in some sort of &ldquo;palace coup.&rdquo;

&ldquo;I think in a third scenario, however, in which prolonged infighting takes place, then China might feel the need to become involved,&rdquo; Zhang said. &ldquo;When we reach that stage, anything&rsquo;s possible.&rdquo;

Reaction among the governments of South Korea and the United States were muted on Monday. South Korean President Lee Myung-bak ordered all government officials be placed on &ldquo;emergency response status&rdquo; and the military was put on an elevated level of alert, but a South Korean Joint Chiefs of Staff official, speaking on condition of anonymity, said no troops had been shifted and no extraordinary measures had been taken.

&ldquo;It&rsquo;s not like a war has broken out on the Korean Peninsula,&rdquo; he said. &ldquo;We are keeping an eye out for any unusual movements of the North Korea military.&rdquo;

The official said South Korean and U.S. military officials were coordinating their efforts, but declined to elaborate.

U.S. Army Gen. Martin Dempsey, chairman of the Joint Chiefs of Staff, addressing a town hall in Germany on Monday, said it was too early to tell what may happen, but, he said the U.S. is watching developments closely.

Dempsey said he didn&rsquo;t anticipate any changes in the current U.S. posture, nor in the readiness condition for the roughly 28,500 American troops based in South Korea. U.S. forces in the region, he said, will remain &ldquo;vigilant.&rdquo;

&ldquo;He made it clear that the United States stands with the Republic of Korea in this time of uncertainty,&rdquo; Pentagon press secretary George Little said. &ldquo;Both men agreed that it is critical to remain prudent with respect to all matters related to our security posture there, and pledged to keep one another informed in the coming days.&rdquo;

Rumors circulating that U.S. dependents would be evacuated from the Korean peninsula are false, he added.

Meanwhile, the Pentagon has determined that a short-range missile test carried out by North Korea soon after Kim Jong Il&rsquo;s death, but before the official announcement was made, was likely planned earlier and not a show of force related to the death of the leader, according to a senior defense official.

Still, Brad Glosserman, a North Korea expert with the Center for Strategic and International Studies in Hawaii, said the U.S. and South Korea should be worried about instability in North Korea as factions jockey for power.

&ldquo;We need to be ready in case something strange happens,&rdquo; he said.

&ldquo;Kim Jong Un has a very thin resume,&rdquo; he said. &ldquo;This is a 27- [or] 28-year-old kid, who was made a general a couple of months ago with almost no experience. The bottom line is, this kid is not qualified, and you have to wonder if the succession plan has been well worked out.&rdquo;

A complete breakdown of the North Korean regime is unlikely but there could be power struggles, misunderstandings and international incidents in the wake of Kim&rsquo;s death, Glosserman said.

Cross-border violence could happen accidentally with military units on heightened alert, somebody in North Korea lashing out in an effort to prove their loyalty or somebody misinterpreting a signal to a neighbor such as China or South Korea, he said.

&ldquo;In a country as suspicious as North Korea, mistakes can be made and people can overreact,&rdquo; he said. &ldquo;There is always a chance for tensions and splits within the leadership, and that is what all the militaries in the region need to be prepared for.&rdquo;

Ross Babbage, an Australian expert on Asia-Pacific defense issues, said the U.S. military in North Asia should be ready for anything.

&ldquo;This is a time of real instability not only within North Korea,&rdquo; he said. &ldquo;There could be unexpected military or other adventures by the North Koreans. There needs to be a heightened state of alert and care taken until the road looks a bit clearer.&rdquo;

Ralph Cossa, another Korea expert with CSIS in Hawaii, said he thinks any provocative action by the North Koreans likely won&rsquo;t happen until a faction has consolidated power.

&ldquo;I&rsquo;d imagine, for the next couple of weeks, the North Koreans will be in mourning and trying to get their act together to establish a new regime,&rdquo; he said. &ldquo;If there is going to be jockeying for position it will be in Pyongyang in the corridors of power.&rdquo;

Stars and Stripes reporters Wyatt Olson in Japan, Jennifer H. Svan in Germany and Chris Carroll in Washington contributed to this report.