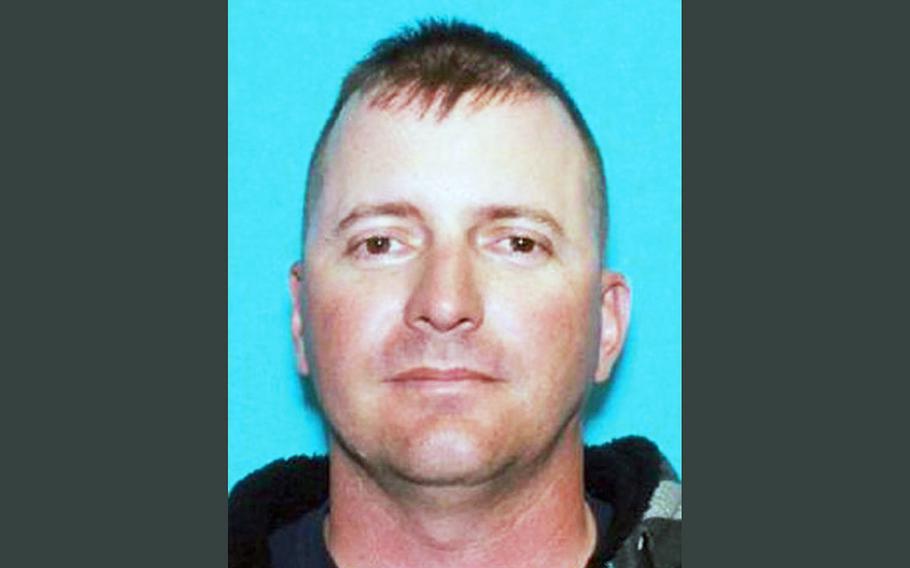 He was depressed, according to the Army. He claimed he suffered a brain injury and also had post-traumatic stress.

The search for answers as to why Spc. Ivan Lopez opened fire on strangers at Fort Hood on April 2, killing three and wounding 16 before turning the weapon on himself, may take months to resolve, if ever.

Some experts, however, believe that Lopez fits the profile of a typical rampage killer motivated most often by simmering resentment and revenge rather than a sudden burst of rage. Those experts, none of whom knows Lopez, based their assessment on years of study about the dynamics of mass killings.

“The notion of a deranged gunman who suddenly snaps and goes berserk is more myth than reality,” James Alan Fox, professor of criminology at Northeastern University, wrote in an article for CNN last year. “Rather, mass murderers act methodically and with purpose. They see others, often the former boss or supervisor, as the people who are to blame for their miserable existence … the idea of getting even becomes all consuming.”

Media reports have focused on Lopez’s mental health state, such as whether he had PTSD, and suggested that the Army was somehow culpable for failing to treat someone who might be violent.

Rampage shooters do sometimes have apparent serious mental health issues that drew concern before their murderous sprees. They include shooters at the Colorado theater, the Arizona shopping mall, the U.S. Navy Yard in Washington, D.C., and the Sandy Hook elementary school in Connecticut. But they all harbored resentments, experts say, and blamed others for what they believed were injustices against them. Whether they could have been stopped in advance is “an exceptionally challenging question” including civil liberties, medical ethics, guns and gun laws, according to the progressive magazine Mother Jones, which did an extensive investigation into mass shootings.

Anne Speckhard, an adjunct associate professor of Psychiatry at Georgetown University Medical School, said she believed that mental health problems were the cause and that Lopez was unstable.

“I see a guy whose mother just died, who according to a friend is ‘enraged’ that he cannot get enough time off to go to her funeral. In the same time frame, he is asking for help and taking medications for anxiety and depression …,” Speckhard said in an email.

“Then he goes to the base, gets in an argument and goes on a shooting spree. This looks like someone who cannot control his emotions or impulses well and was destabilized by something — the deaths in his family, the psychotropic [drugs], the moves, something in his past,” she said. “I think the mental health problems are the best explanation.”

But experts in rampage killings say Lopez’s actions suggest his shooting spree was largely the result of a long-brewing dissatisfaction with his life and his Army career, combined with externalization of blame, or scapegoating.

“Rampage killers are persons who have been humiliated,” said Randall Collins, a sociology professor at the University of Pennsylvania who has studied scores of mass shooters. “What they really want is to fix their image. It’s ‘I’m going to show these people.’ ”

Lopez, 34, was a decade or more older than almost all others of his rank. He became an active-duty soldier in 2010, according to the Army, after years spent at a part-time National Guard job, and according to reports, as a police officer in his native Puerto Rico.

“You go from being a cop — cops always get deferred to — now he’s in the Army, he’s a truck driver, he’s low-ranking. That’s a real drop in status,” Collins said in a phone interview.

Further, changing from being an infantryman to a truck driver as Lopez did in February would also be perceived in the Army as a step down.

Lopez was diagnosed with depression, claiming a traumatic brain injury and was being evaluated for post-traumatic stress. The Army maintains he saw no combat and suffered no injuries in the four months he spent in Iraq in 2011.

Collins said mental health complaints could have been a “sort of a script, almost like a cover story.”

“Other people are making these claims — mental health issues kind of fit into the existing culture. It’s kind of a standard gripe,” he said.

Lopez was incensed, his family said, when commanders declined to give him the amount of leave he requested to attend his mother’s funeral.

The day of the shooting, he’d gotten into a dispute, officials said, apparently about another leave.

That could have been the triggering, rage-inducing humiliation, Collins said.

The fact that the shooting occurred on an Army base isn’t especially notable, experts said. Mass shooters, most of them middle-age men, most often target their families, Fox said, but they also often strike at their place of employment. Younger mass shooters have targeted schools, malls and theaters.

They target hated individuals they believe are responsible for their unhappiness. Or they shoot whomever is present in what Fox calls “murder by proxy.”

“What they want is to reverse the scenario that has dominated their lives — being looked down upon by others in that institution. The habitually dominated seek a moment of dominating others

“This fills their horizon; the rampage killer rarely plans what happens next. In all his elaborate planning, he has made no plans for escape,” Collins wrote in September 2012 on his blog, The Sociological Eye. “The mass killing is the final, overwhelming symbolic event of his life.”

The Lopez case is the third time someone associated with Fort Hood committed a public mass shooting in Killeen, Texas.

Maj. Nidal Hasan, an Army psychiatrist and Islamic extremist, killed 13 people and wounded more than 30 others at Fort Hood in 2009. Hasan, whose shooting spree ended after he was shot by police, bought his weapons at the same Killeen store where Lopez bought the .45-caliber Smith & Wesson semi-automatic handgun he used on his victims before killing himself when confronted by police.

Now on the military’s death row, Hasan claimed he’d killed troops about to deploy to Afghanistan to protect the Taliban, and his actions are widely viewed as ideologically driven terrorism.

But he also fit the profile of a mass murderer: a middle-age outsider discontent with his job and powerless to change it. The Army categorized the event as workplace violence.

Less often mentioned is the so-called Luby’s massacre in 1991. Unemployed merchant seaman George Hennard, 35, crashed his pickup truck through the front window of a local cafeteria then shot 50 people, killing 23, before killing himself.

Hennard’s father was an Army colonel, a surgeon and the commander of Fort Hood’s Darnall Army Community Hospital in the late 1970s.

But the Lopez case is similar to that of Sgt. John M. Russell, 44, who shot five people at a combat-stress clinic on the outskirts of Baghdad in 2009.

At his court-martial, Russell’s defense claimed that Russell, on his third deployment, was suicidal. He’d “snapped,” according to his lawyers, because of maltreatment from incompetent mental health providers.

But prosecution witnesses told of an aging, unsuccessful soldier who struggled at work.

Prosecutors said that Russell grew irate and ultimately murderous because he was not being evacuated out of Iraq after saying he was suicidal, that he blamed clinic workers and wanted revenge. They pointed out that after he stormed out of the clinic, he stole a truck and an M16 and returned to the clinic, a drive that took some 40 minutes. He smoked a cigarette, removed identification tags and the rifle’s optical sight, slipped in the back door, and started firing. Russell was sentenced to life without parole last year.

CorrectionThe date of the Fort Hood killings was incorrect. The story should have said that Maj. Nidal Hasan, an Army psychiatrist and Islamic extremist, killed 13 people and wounded more than 30 others at Fort Hood in 2009.