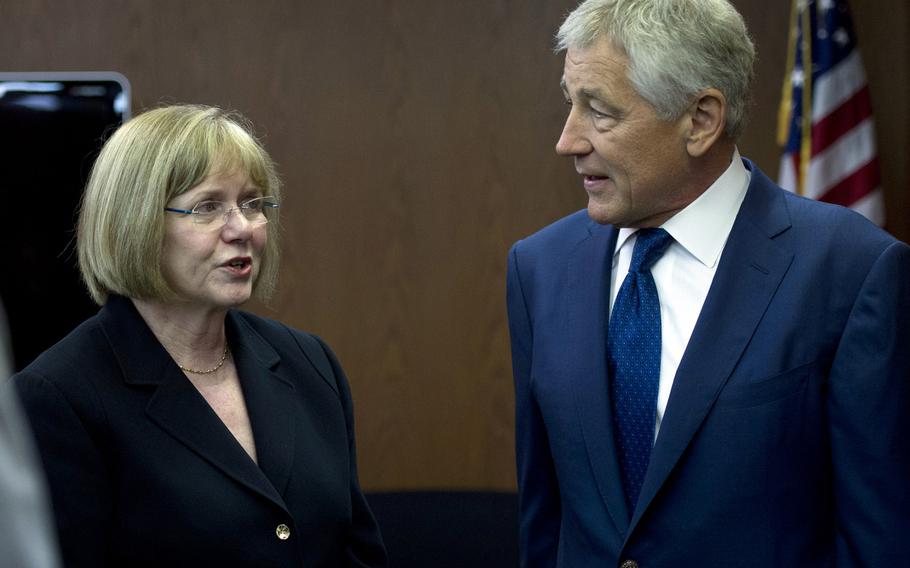 WASHINGTON — A group of experts tasked with finding ways to curb sexual assaults in the military said commanders should not be stripped of their ability to launch courts-martial in sexual assault cases.

The independent Response Systems to Adult Sexual Assault Crimes Panel was mandated by Congress and set up by the Defense Department in the wake of alarming statistics released by DOD in recent years which shed light on what the Pentagon calls a sexual assault “epidemic” within the Armed Forces.

These revelations unleashed bipartisan criticism of the way the military was handling the sexual assault problem. In December, Congress passed a law that made changes to the military judicial system when it comes to sexual assault cases, including stripping commanders of their ability to overturn jury convictions, and requiring civilian review of cases if a commander declines to prosecute.

Some have called for additional measures, and Sen. Kirsten Gillibrand has led an effort to remove commanders from the court martial process. That proposal has drawn opposition from the service chiefs and prominent members of the armed services committees, who believe officers should play a key role in the battle to curb sexual assaults by taking aggressive measures to investigate and punish sex offenders within the ranks.

An interim report by the Response Systems panel’s subcommittee agrees with those who are opposed to the idea.

“Based on all information considered to this point, a strong majority of subcommittee members agrees the evidence does not support a conclusion that removing authority to convene courts-martial from senior commanders will reduce the incidence of sexual assault or increase reporting of sexual assaults in the Armed Forces,” according to a Jan. 29 memo issued by Barbara Jones, the chair of the panel’s Role of the Commander Subcommittee, which was attached to the report. “Nor does the evidence indicate it will improve the quality of investigations and prosecutions or increase the conviction rates in these cases. Further the evidence does not support a conclusion that removing such authority will increase confidence among victims of sexual assault about the fairness of the military justice system or reduce their concerns about possible reprisal for making reports of sexual assaults.”

The subcommittee reached these conclusions based on Congressional testimony, government reports and statistical data, and discussions with current and former military commanders, military and civilian justice professionals, DOD officials, sexual assault victims, victims’ support organizations, and academics, according to the subcommittee.

“The idea that anyone can argue that the status quo — leaving commanders responsible for what they have for so long promised and failed to accomplish for decades — [is acceptable] is ridiculous,” according to a press release issued by Protect Our Defenders. “Commanders are inherently conflicted. If something bad happens on their watch, they are blamed for it. It is well understood that they have a bias in favor of perpetrators who are generally higher ranking than their victims … This panel has so far decided to stand with the status quo and the hollow Pentagon promises of ‘zero tolerance.’”

Elizabeth Hillman, a Professor of Law at the University of California was the lone dissenter on the subcommittee.