Expansion plans brewing with Starbucks’ arrival on US base 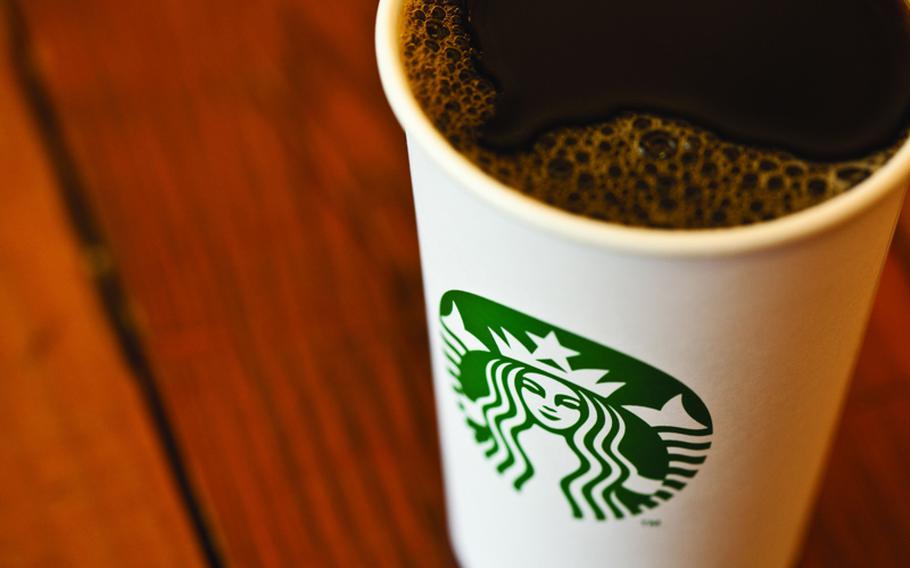 More than a decade after Starbucks crossed the Atlantic, it hadn’t penetrated American bases in Germany until Nov. 2, when Spangdahlem Air Base christened the first. (Courtesy of Starbucks Corp.)

KAISERSLAUTERN, Germany &mdash; It has begun. Starbucks, America&rsquo;s caffeine superstore, just got a foothold in the U.S. military community in Germany and is already looking to grow.

Whether it will march to dominance as it has in the U.S. remains to be seen.

With more than 13,000 stateside locations, the coffee chain&rsquo;s stores are even more plentiful than McDonald&rsquo;s in the U.S. But more than a decade after the beanery crossed the Atlantic, it hadn&rsquo;t penetrated American bases in Germany until Nov. 2, when Spangdahlem Air Base christened the first.

Now, Starbucks could be on its way to dominating the on-base market.

New Vision Coffee Europe Ltd., the licensee that built and operates the Spangdahlem store, has already negotiated for two more on-base shops in Germany. One at the Kaiserslautern Military Community Center is expected within the next six months, according to Lt. Col. Al Hing, an exchange spokesman. Another will open in Wiesbaden&rsquo;s yet-to-be-built shopping center, which Hing said should open in either 2014 or 2015.

The exchange is also in negotiations for stores at Wiesbaden&rsquo;s Clay Kaserne, Panzer Kaserne in Stuttgart and at Grafenw&ouml;hr.

&ldquo;We are definitely trying to get all of them,&rdquo; Hing said.

If Starbucks expands further, it could prove stiff competition for the Java Caf&eacute;, which dominates the on-base market with a line of beverages made with Starbucks-brand coffee.

Christina Coenen-Lane, who works for Java Caf&eacute; in Kaiserslautern and Landstuhl, said there isn&rsquo;t much of a difference between the two products as far as she can tell, but &ldquo;people that come from the States, they expect Starbucks.&rdquo;

At the new shop at Spangdahlem, &ldquo;You actually feel like you&rsquo;re stepping into a Starbucks back in the states,&rdquo; said Hing &mdash; right down to the hue of the green paint.