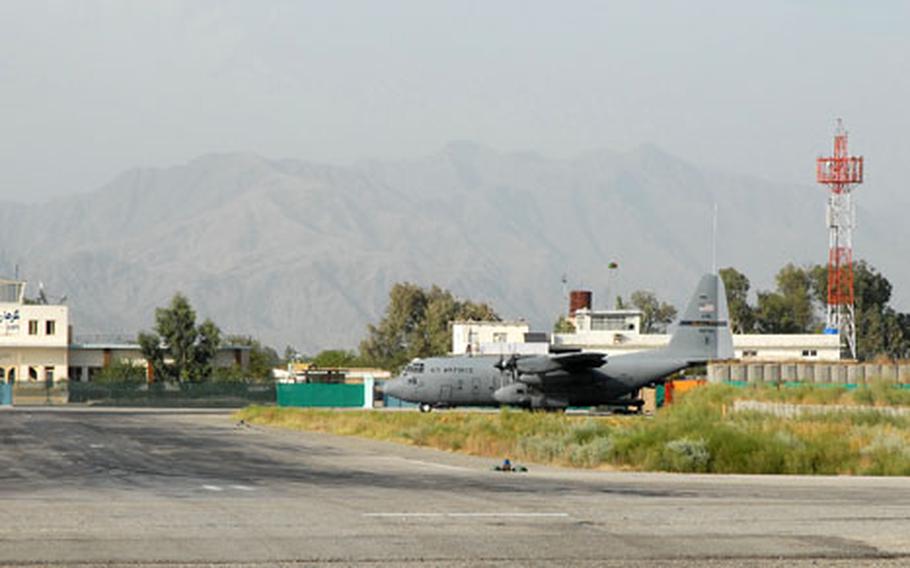 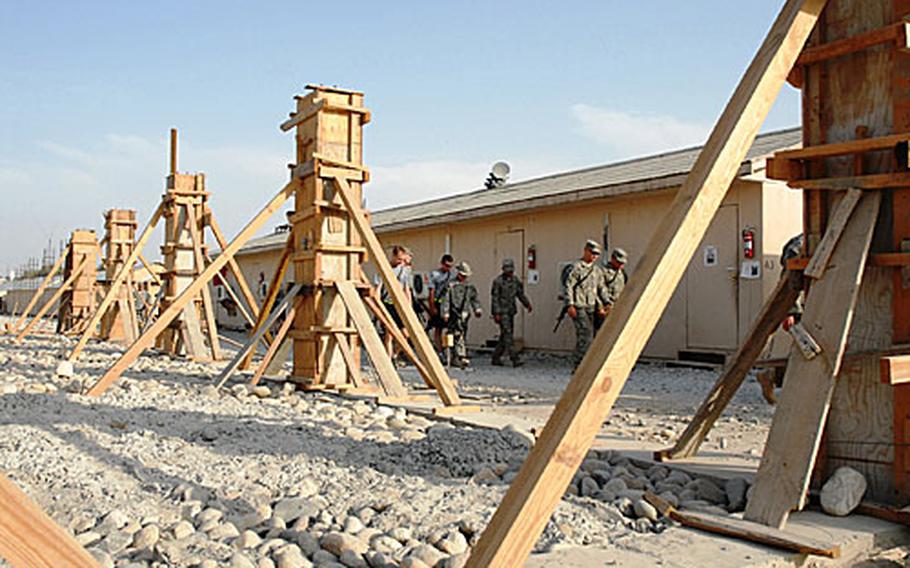 Troops stationed on Forward Operating Base Fenty, part of Jalalabad Air Field in Afghanistan, walk by the Afghan-made framework for what will be the new home of the base&#39;s medical company and forward surgical team. (Mark St.Clair / S&S)

JALALABAD, Afghanistan &#8212; Strategically located near the largest city in the northern portion of Regional Command-East, Jalalabad Airfield, which encompasses Forward Operating Base Fenty, is growing almost faster than its size will allow.

First built to house a battalion-sized element, the base is now home to the headquarters of the 173rd Airborne Brigade Combat Team. Some 1,300 American troops and civilians &#8212; as well as Afghan security forces and local workers &#8212; are living and working on the airfield. Additionally, more than 120 Afghan guards help the 173rd pull security around the base&#8217;s perimeter.

Encompassing 383 acres, the airfield is split in half by the runway, and the vast majority of personnel live on the smaller south side.

Because long-term plans include moving all the U.S. forces to the south of the runway, and having the Afghanistan National Army Air Corps operate an air base on the north side, a 109-acre expansion has been planned on the south side.

Obtaining the new land, which is occupied by locals, takes time and involves higher military authorities than those at Jalalabad Airfield, as well as the Afghanistan Interior and Transportation departments.

Other projects on Fenty are under construction, including a new tactical operations center for the 173rd, better and more billeting for the soldiers and contractors, and new facilities for the local medical company and forward surgical team.

Brick and mortar housing is planned, since many of the soldiers on Fenty still live in tents and others are housed in plywood buildings with a life span of three to five years.

Because the unit scheduled to replace the 173rd next summer is aviation-heavy, Seed said, one of the main projects working now is expanding the rotary wing aviation area adjacent to the runway. Plans also are under way for repairing and upgrading the runway itself.