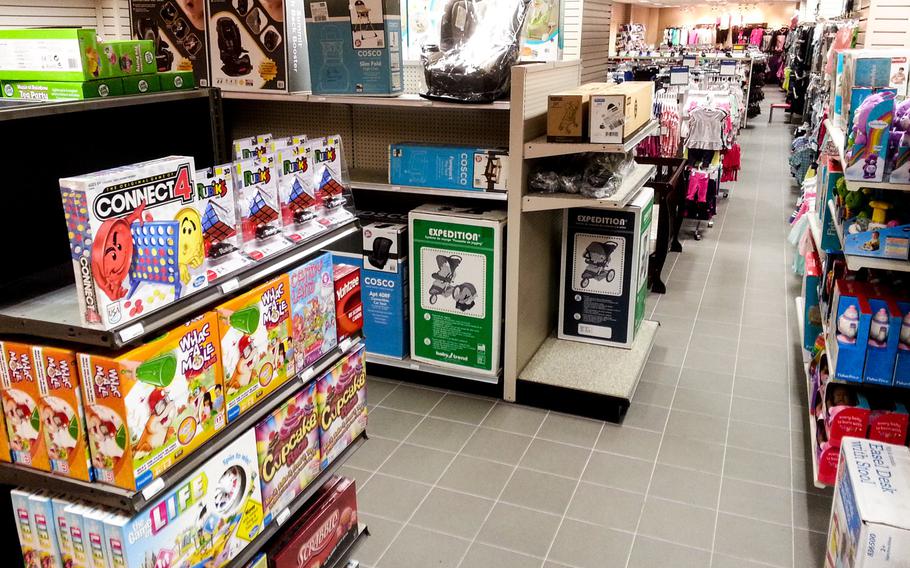 About 2,700 square feet on the second floor of the Navy Exchange at Naval Support Activity Bahrain officially opens for customers. The new area includes toys in the main store for the first time, and more items for families with babies. (Hendrick Simoes/Stars and Stripes)

About 2,700 square feet have been added to the second floor of the Navy Exchange apparel and electronics departments. The area officially opened for shoppers, even as workers installed the last of the shelves.

The additional space was gained by enclosing a terrace. During the construction last summer, Navy Exchange officials cautioned customers that the expansion would not necessarily lead to more merchandise, that the purpose of the addition was simply to add more “wiggle room” to cramped aisles.

However, the new space has a few surprises. There are toys in the main store for the first time, and there are more items now for babies. The larger choice is due to popular demand, said Patrina Jordan, the Bahrain NEX general manager.

In recent years, the Navy base, which is home to the U.S. 5th Fleet, has been transformed from an obscure base with mostly unaccompanied sailors to a larger, family-oriented base.

There are now about 7,000 U.S. personnel in Bahrain. Two more coastal patrol ships are expected to homeport here in the spring, and there is $260 million in active construction projects underway to expand the base, according to officials.