Expand your UK IQ: The Clink 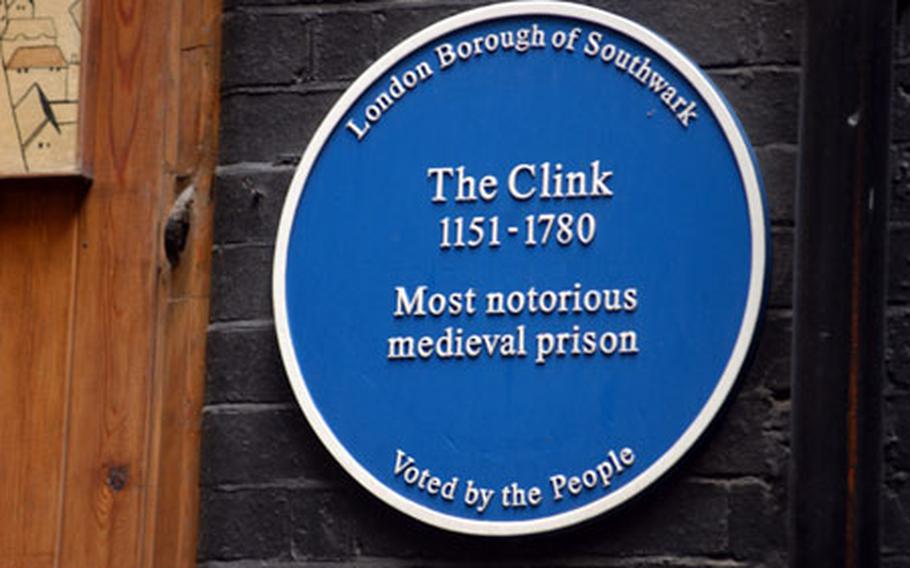 The prison, actually known as The Clink, traces its roots to the ninth century. (Bryan Mitchell / S&S)

The prison, actually known as The Clink, traces its roots to the ninth century. (Bryan Mitchell / S&S) 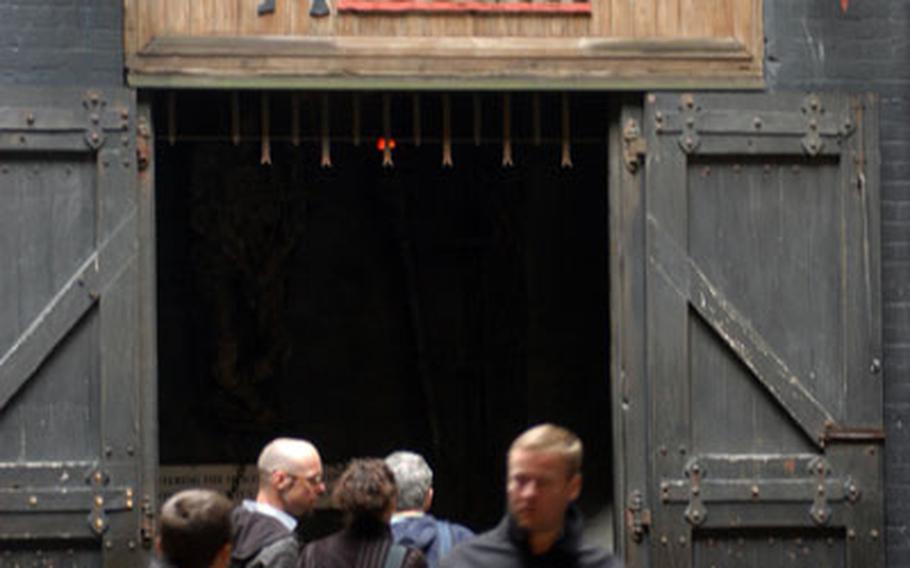 A museum and hall have been rebuilt on the grounds that serve as a tourist attraction for The Clink. (Bryan Mitchell / S&S)

Paris Hilton just got out, Mike Tyson spent some time there and Tom Sizemore&#8217;s on his way.

It&#8217;s the clink &#8212; otherwise known as the slammer, the lock up, the big house, the pen, the tank, iron city, downtown and, in some questionable circles, school.

But before all those pop culture euphemisms, the medieval English gave the language its first synonym for jail. And you can visit it, sort of, on the south shore of the River Thames in central London.

But before you traipse down Southwark way, a bit of history on one of England&#8217;s most notorious dens of incarceration is in order.

The prison, actually known as The Clink, traces its roots to the ninth century, when it welcomed its first prisoners on the estate of the Bishop of Winchester, according to localhistories.org.

Its first inmates were primarily prostitutes, madams and johns, although bribes to jailers meant that many prostitutes and madams kept business rolling behind bars, according to a British Broadcasting Corp. report.

A change in British law in 1352 meant creditors were able to send their debtors to prison and soon the sex trade practitioners were joined by folks who wrote bad checks.

By the 16th century, The Clink had evolved with the times, and it filled with religious rebels, which meant Catholics and Protestants who strayed from Anglican doctrine, according to a report on hiddenlondon.com.

Later, it became a detention center for scores of Royalists after separate camps loyal to Charles I and the Parliament broke into civil war, the Web site stated.

In 1780, it was burned to the ground in the Gordon Riots, a nasty uprising around what is now central London led by Member of Parliament Lord George Gordon protesting Catholic discrimination.

The riots inspired a Charles Dickens novel, and &#8220;the clink&#8221; became forever synonymous with jail.

Today, a museum and hall have been built on the grounds and are a tourist attraction along the River Thames&#8217; south shore footpath.

Got a question about something you&#8217;ve seen or heard around the United Kingdom? E-mail us at: uknews@estripes.osd.mil