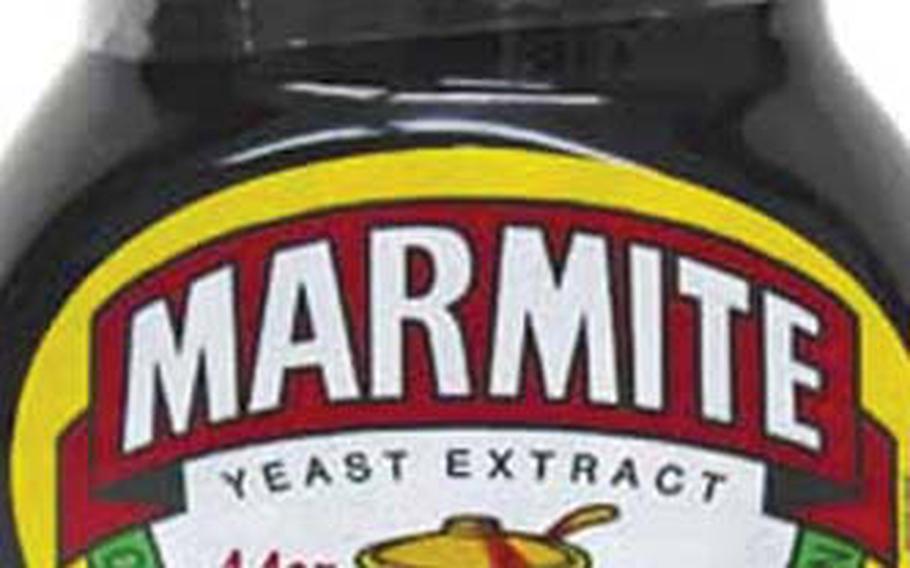 Ever wonder just how the most common of items here or back home came into existence? Take Marmite, the love-it-or-hate-it British sandwich spread. It&#8217;s made from brewer&#8217;s yeast that&#8217;s been used to ferment sugars intoalcohol, according to www.marmite.co.uk.

But while this yeast was invented way back in the 17th century, it took a few hundred more years before people thought to actually try and eat the stuff. In 1902, a Marmite factory was first built in Burton on Trent.

Marmite has no middle ground in England. Folks either slop it on sandwiches or in gravy or stews, or they don&#8217;t. It&#8217;s a salty, almost meaty, experience.

Vitamins are added to the paste as each batch is finished, and it&#8217;s played a prominent role in the U.K. during wartime, according to the Web site.

During World War I, it was included in soldiers&#8217; rations and was a staple food in hospitals and schools. It was a dietary supplement in prisoner-of-war camps during World War II and was sent to British troops in Kosovo in 1999 as a morale booster.

It might not have boosted everyone&#8217;s morale. The Marmite Web page has separate spoof sites for those who love or hate the spread.

So what are you waiting for? Go buy yourself a little pot of the paste and figure out if you like or loathe this yeasty extract. It&#8217;s as British as spotted dick.