'Exorcist' author Blatty takes some shots at Hollywood ... but not the Devil 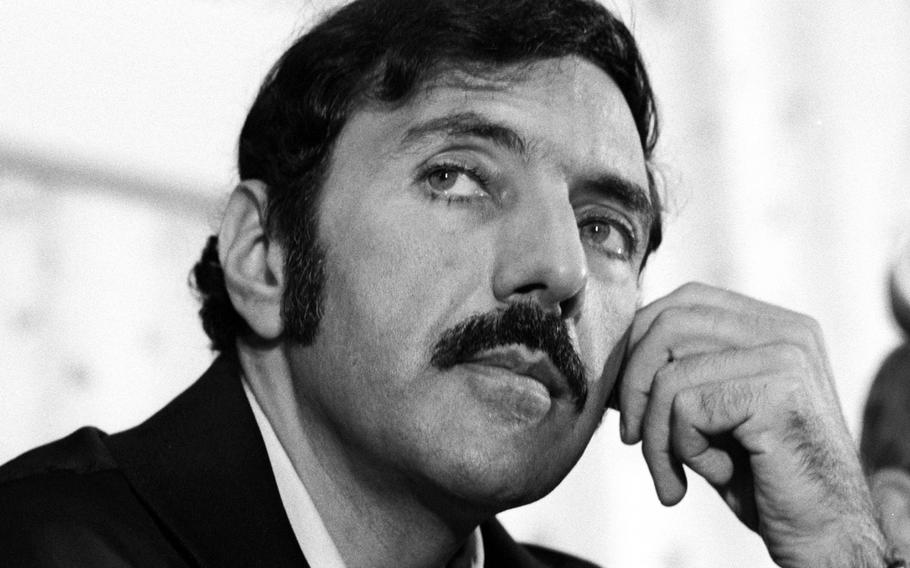 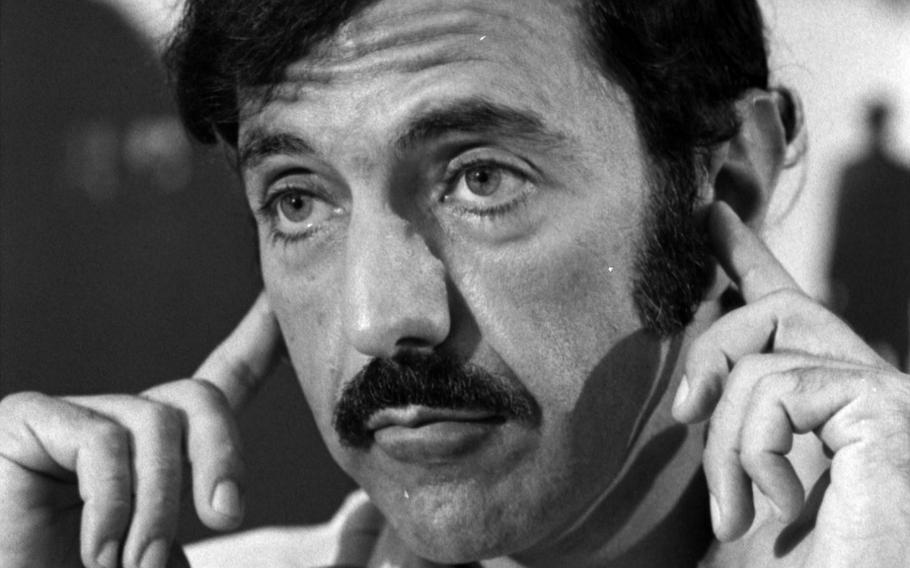 TOKYO — Author William Peter Blatty, who wrote a chilling story of demoniac possession called "The Exorcist," says he believes fully in the phenomenon and never wants to personally witness the stressful Catholic rite in which hostile spirits are cast from the body of a possessed person.

"First of all, I have researched the subject as extensively as possible," the dark, intense Blatty told a press conference at the Imperial Hotel. "In other words, I have read all of the literature in the English language (on possession and exorcism)."

He said that descriptions of possession, in all times and cultures since the beginning of recorded history, have absolute "universality" and that he must conclude "there is a basic truth involved."

Blatty's novel, which he wrote into a screenplay for the film he was visiting Tokyo to promote, is about a 12-year-old girl who is possessed by demons which threaten to destroy the child and everyone around her. Two priests die in the successful attempt to drive them away.

A second and more positive reason for his belief, Blatty said, dates back to 1949, when he was an undergraduate at Georgetown University in Washington (much of his story takes place there) and such an event occurred.

A 14-year-old boy, he related, was seized by demons and it took a team of six Jesuits two months to exorcise them. Half ot this time, Blatty said, the youth was in a hospital in St. Louis and there were many witnesses to "innumerable" instances of paranormal phenomenon — the child insisting in a strange voice that he was someone else, a nightstand beside his bed rising to the ceiling, long scratches torn across his body by a savage, invisible force.

When it first occurred, Blatty said, the lad was leaning over a basin to wash when he was assaulted by something hostile and bodyless. Poltergeists occurred — objects began hurling themselves aimlessly and violently.

'Who are you?" the boy's mother screamed. "What do you want? Stop it!"

The words, "Saint Louis" and "Tilly," the name of the boy's dead aunt, raised themselves like welts on his body. The lad was taken to a hospital there and two others in Washington, Blatty said, but nothing could be done for him.

An exorcist was called in, Blatty relates, and he successfully performed rites that reach back to ancient times. Blatty said he gained his knowledge of the case through a diary the exorcist had kept. The priest himself, Blatty said, had taken a vow of silence and did not provide the document — it came from another source.

At one point, Blatty said, "the exorcist was sitting on the boy's bed and about three times a day, the boy was subject to attacks of so-called branding. That is to say, words, faces at times and long claw marks appeared spontaneously on the boy's skin ... a double pronged line, as if done by an invisible pitchfork, ran down from the inner thigh to the ankle."

Blatty says he is convinced there are unseen forms of force and intelligence which may assault human beings and that some of these are malevolent. "We call these demons," he said.

"I would not wish to witness an exorcism," Blatty said.

"Which reminds me, in the course of the 1949 exorcism, there were as many as six priests assisting, and they would come in and out on various days to help. ... One of the cute little tricks of the demon or whatever it was, was to disclose various humiliating episodes in the past life of people in the room.

"It appears that sometimes it was all top accurate. And then a young priest entered the room and was there for about an hour and then instantly left, saying he was not going to wait there until it was his turn to have his past ridiculed. He was really quite stunned."

With that, Blatty seemed willing to let the question answer itself. He admitted that one character in the novel and movie — a priest's mother who dies alone and gives the priest guilt feelings that he neglected and abandoned her — was based on his own mother. He would not elaborate.

Blatty cast a dark spell of disapproval over the Academy of Motion Picture Arts and Sciences for failing to give the film two top Oscars. Asked if accusations that he was a "sore loser" were true, Blatty replied:

The film, nominated for a raft of awards, received only best screenplay and sound. Why so few? "May I be ungracious and very, very frank?" Blatty replied. "Jealousy."

Blatty blasted as "shameful" the conduct of actress Mercedes McCambridge, who supplies the voice of the demon. She recently charged that director William Friedkin promised her a prominent credit and gave her a niggardly one.

Miss McCambridge, Blatty said, told Friedkin when she took the job that she did not want a credit. Later, Blatty said, when Friedkin tried to get her a large one, he was advised by the Warner Brothers legal office that it would violate the "truth in advertising" law.

"There's a stunt man, a fellow who went down the steps (in one sequence). You don't see any special credit for him. You don't see a credit for the voice of the girl who sings for Deborah Kerr in 'The King and I.' It simply isn't done, it's not customary. And I think it's shameful because it (Miss McCambridge's complaint) reflected upon the performance of Linda Blair (who played the possessed girl). It detracted from the tremendous job she (Blair) did in this role.

"And in fact, Miss McCambridge's is not totally the voice of the demon because we hyped it electronically, played all sorts of games with it. Shall we give the computer a credit?"

Blatty discounted reports that there was some kind of satanic jinx on the movie because of the number of misfortunes that occurred while it was being filmed — the death of the original director and the demise of Jack MacGowan, who played a drunken director murdered by the demon, just after the film was finished.

"I would like to think that somebody down there doesn't like me," Blatty said, but he passed off most of what happened as unfortunate coincidence.

One thing, however, struck him as "very odd."

"While we were filming a very quiet scene between two characters," Blatty related, "we got a take that was quite acceptable and as you know, the sound man is sitting there with his earphones and he is trained to hear a stomach rumble or the beginnings of a stomach rumble and stops everything. The scene was fine to him. However, when he routinely played it back to make sure he got a take, there were these odd" — Blatty thumped his fist sharply on a table five or six times — "sounds on the track."

Commenting on the number of viewers who reportedly sickened and fainted, Blatty said that perhaps two to six people out of the 1,100 who might be at a single performance reacted like that, but he placed no credence in most of the reports.

"I think I know of one reliable report of someone throwing up," Blatty said, "and that was at the press preview in Los Angeles, and the victim was the publisher of the Hollywood Reporter, from which we got a predictably bad review.

"But he had eaten a lot of guacamole, pizza and brandy before he came, and I think his sickness was caused more by dietary foolishness than anything in the film."