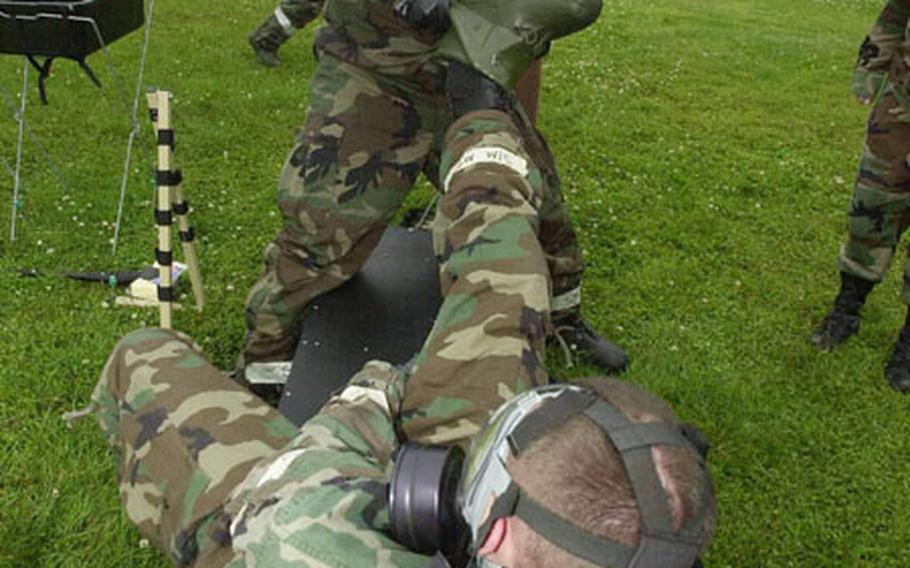 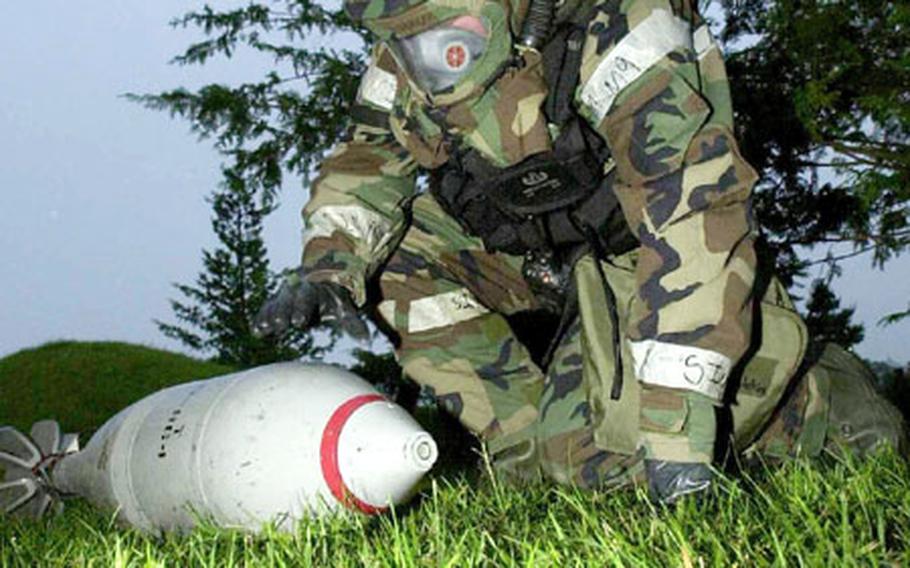 MISAWA AIR BASE, Japan &#8212; Tech. Sgt. Frank Verhovec got an early start this week on the July 4th tradition of setting off fireworks.

He stood in a large field across from Misawa&#8217;s command post Tuesday evening, pulled a short cord, then heaved a ground burst simulator about 30 feet.

A shrill whistling noise and white smoke followed by a deafening explosion echoed across the area.

Using fireworks is prohibited on military installations in Japan, but Verhovec was street legal.

His pyrotechnics, simulating an incoming mortar attack, lent realism to a base-wide combined exercise that wrapped up Thursday.

The exercise tested the 35th Fighter Wing&#8217;s ability to marshal people and equipment for deployment to another location.

Later in the week the exercise migrated to the combat employment readiness exercise phase that tested how the base weathered &#8212; then recovered from &#8212; simulated around-the-clock mortar, missile and bomb attacks.

Also part of the training: defense against attacks with chemical or biological agents.

Contamination control areas were established, similar to the one at the base&#8217;s Leftwich Park on Security Hill, where troops practiced how they would dispose of clothing contaminated by chemicals like nerve or mustard agents.

Because North Korea has multiple-stage missiles able to reach Japan in minutes, the exercise had a degree of realism, some participants said.

&#8220;They&#8217;re pretty realistic given our location,&#8221; 2nd Lt. Bryon Hinrichsen said while waiting with others to remove his protective gear.