Exercise to start amid regional tension 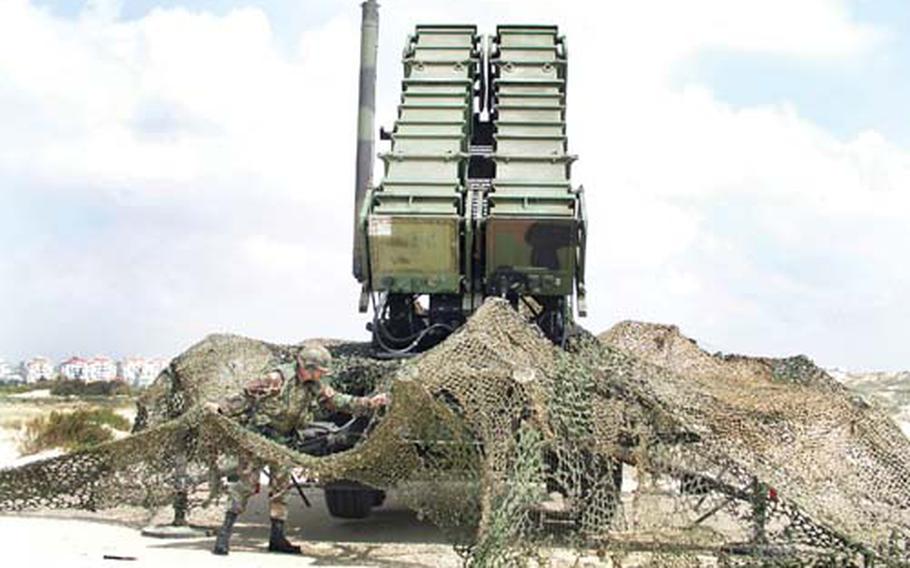 This year&#8217;s Juniper Cobra comes at a time of continued concern about Iran&#8217;s nuclear program, which will be the subject of talks in October. Iranian officials will meet with multiple nations, including the U.S., to negotiate the program, which many in the international community suspect is being developed for weapons.

The command denied that the training mission was directly linked to regional threats.

"This is not a response to the Iran threat," said Lt. Cmdr. Taylor Clark, European Command spokesman.

The U.S. troops, from all four branches of service, will work alongside an equal number of Israel Defense Force personnel, taking part in computer-simulated war games intended to ensure the two countries can jointly respond to a crisis.

The exercise, slated for mid-October, also will be conducted amid widespread speculation about U.S. plans for its controversial missile defense program, proposed to be anchored in Europe with missile interceptors in Poland and a radar site in the Czech Republic.

The proposal has long angered Russia, which views the program as a threat. But recent reports in the Polish press have claimed that plans for a site in Poland have been scrapped by the U.S., which could be looking at alternative locations.

And last week, the Jerusalem Post reported that the U.S. and Israeli officials have engaged in informal talks about placing elements of the system in the Jewish state.

The Israeli Defense Force did not respond to an inquiry about potentially playing host to U.S. missile defense systems.

Retired Gen. James Jones, the U.S. national security adviser, earlier this month said the missile defense program continues to be reviewed by the Obama administration, which is looking at technical concerns as well as the program&#8217;s cost. During his Sept. 1 visit to Gdansk, Poland, Jones said no decision on the fate of the program had been reached and that the U.S. remained committed to Polish security.

"General Jones stressed that the aim of the review is to enhance European and American defense in light of an emerging threat from Iran," a White House news release stated.

U.S. troops have been busy in Israel this year.

In April, about 100 Europe-based personnel took part in a missile defense exercise that for the first time incorporated a U.S.-owned radar system, which was deployed to the country in October 2008. The U.S. X-Band radar is intended to give Israel early warning in the event of a missile launch from Iran.

For nearly a year, a mix of troops and U.S. Defense Department contractors have been managing the day-to-day operation of the X-Band, which is situated at Nevatim air base in the Negev Desert.

Juniper Cobra will test a variety of air and missile defense technology during next month&#8217;s exercise, including the U.S.-controlled X-Band.