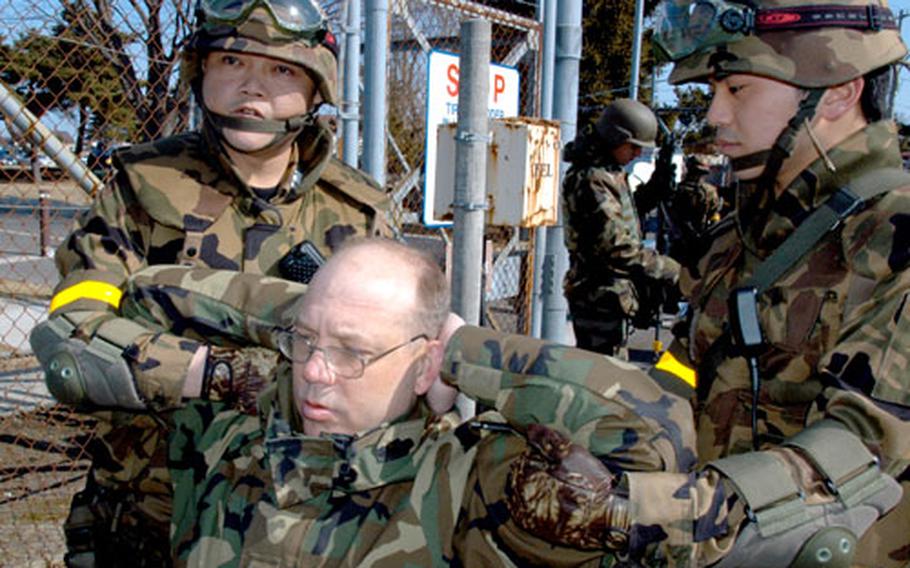 Master Sgt. Doyle Horsley is detained during an exercise Wednesday morning for carrying a knife in his vehicle — as scripted. Troops from JASDF’s 3rd Air Wing and the U.S. military at Misawa Air Base practiced security procedures during the two-day exercise. (Jennifer H. Svan / S&S)

Master Sgt. Doyle Horsley is detained during an exercise Wednesday morning for carrying a knife in his vehicle — as scripted. Troops from JASDF’s 3rd Air Wing and the U.S. military at Misawa Air Base practiced security procedures during the two-day exercise. (Jennifer H. Svan / S&S) 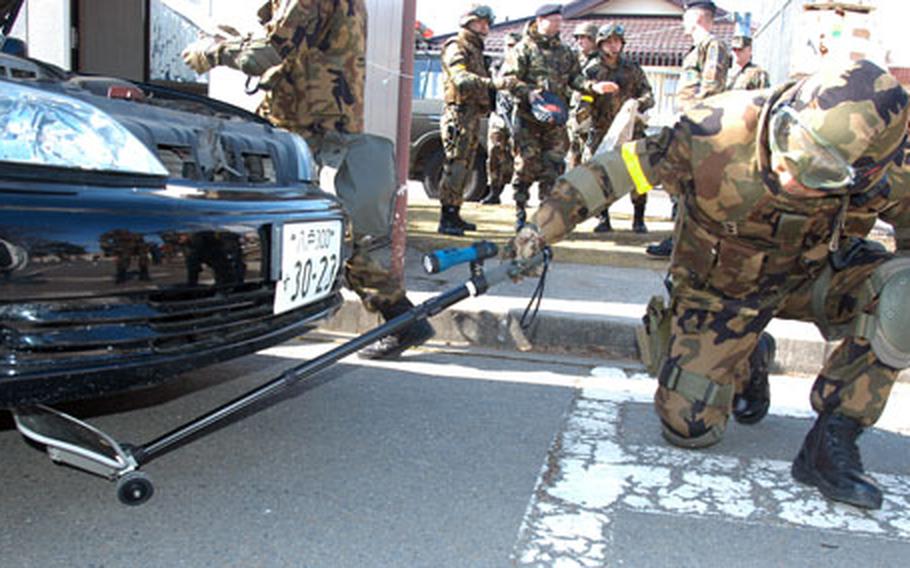 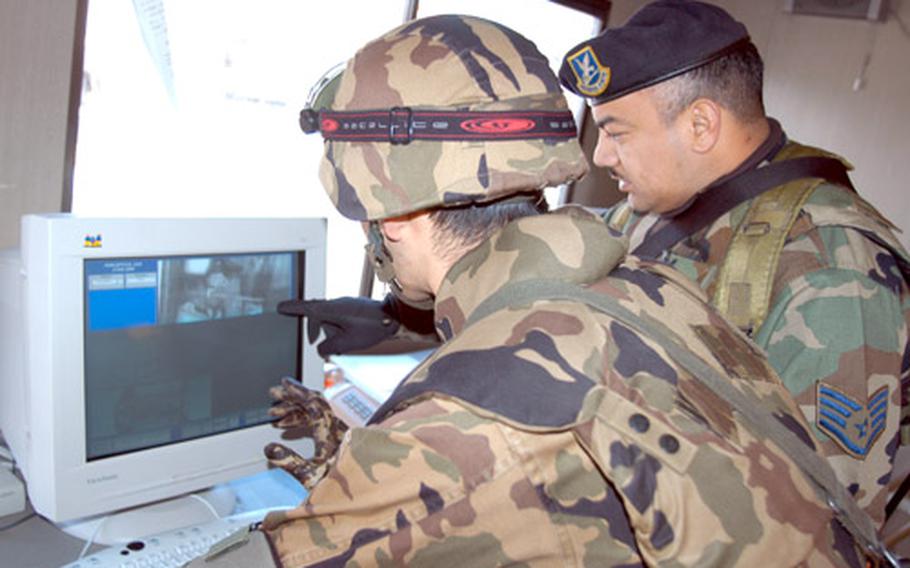 MISAWA AIR BASE, Japan &#8212; Master Sgt. Doyle Horsley doesn&#8217;t make a habit of driving onto base with a knife laid across his back seat.

He didn&#8217;t go to great lengths to hide it, just put it underneath a tennis racket and pillow. The Japan Air Self-Defense Force airmen who searched his vehicle discovered it when they asked Horsley to remove those items for examination.

Voila, there was the knife. Horsley calmly answered it was for hunting. He was detained and U.S. law enforcement was alerted, thus ending the first surprise scenario in a two-day exercise that began Wednesday incorporating JASDF and U.S. security troops.

In a real security breach or a higher force-protection condition, JASDF security specialists from Misawa&#8217;s 3rd Air Wing are to team with base law enforcement to protect the base.

The exercise tested recently updated main-gate security features including a separate entry for random vehicle checks and in- ground cameras to photograph a car&#8217;s undercarriage.

Staff Sgt. Antonio Gomez, 35th Security Forces Squadron, and Senior Airman Arima Norikazu, 3rd Air Wing, practiced examining the digital images, relayed to a computer in a nearby guard shack, for anything suspicious. &#8220;If the engine is dirty and there&#8217;s a little speck that&#8217;s shiny, then we question it,&#8221; Gomez said.

After the knife incident, the exercise scenarios were to escalate: A fake improvised explosive device was to be planted near a suspicious vehicle and a Japanese taking part in the exercise was to try to reach the flight line after breaching security checks at the gate.

Both sides would be dispatched to try and stop the driver, Lee said.