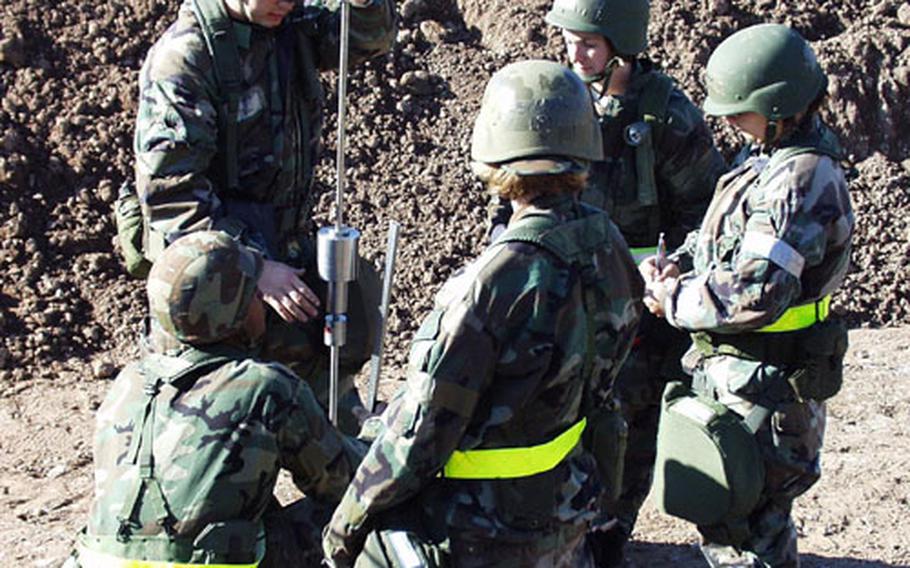 RAMSTEIN AIR BASE, Germany &#8212; More than 250 airmen from around Europe have transformed a muddy corner of Ramstein Air Base into a base you might find in Iraq, Afghanistan or Kuwait.

A tent city &#8212; a bank of generators, a chow hall and cooking area complete with tinned rations &#8212; is up and running at the fictional deployment area.

The exercise, which usually includes only support forces, such as civil engineers and services airmen, is larger than ever. For the first time, security forces, a communication unit, personnel and medics are on board to bring greater realism.

&#8220;When you go downrange, everyone has to operate together, but you don&#8217;t always train together,&#8221; Bushnell said. This exercise is meant to change that trend.

The exercise is highlighting some rough spots, said Master Sgt. Chris Robbins of the 100th Security Forces Squadron from RAF Mildenhall, England. Robbins said the exercise is not in sync with the security forces&#8217; regular training regimen.

About one-quarter of the airmen at the exercise are new to the Air Force, so they haven&#8217;t been to a deployed camp yet. They&#8217;ll see things at Ramstein that they&#8217;re sure to see in Iraq, such as a water purification system that makes life possible in the desert, said Staff Sgt. Craig Conrad of the training squadron.

The exercise started with four days of classroom instruction, then the troops set up the mock base camp, where they will live and work until Sunday, Brubaker said.

It is the first of seven such exercises scheduled for this fiscal year.