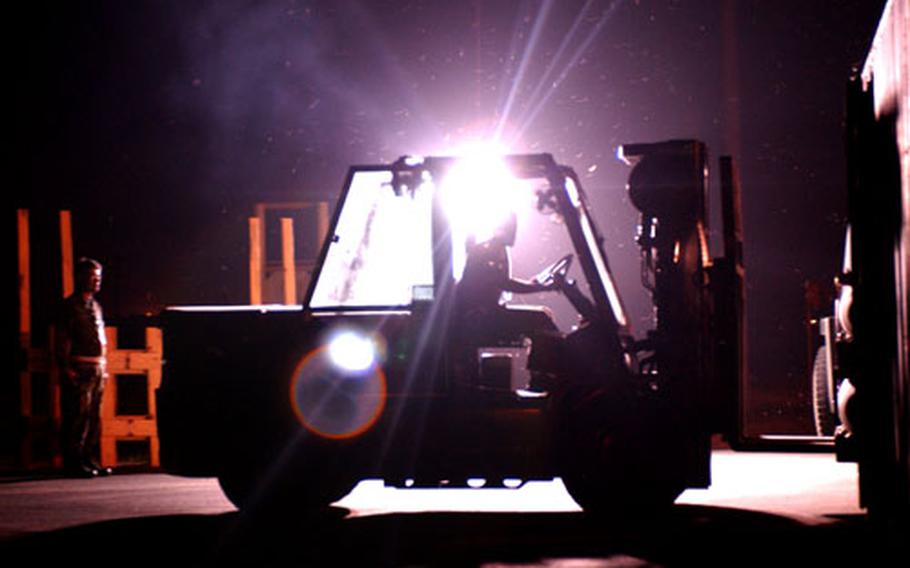 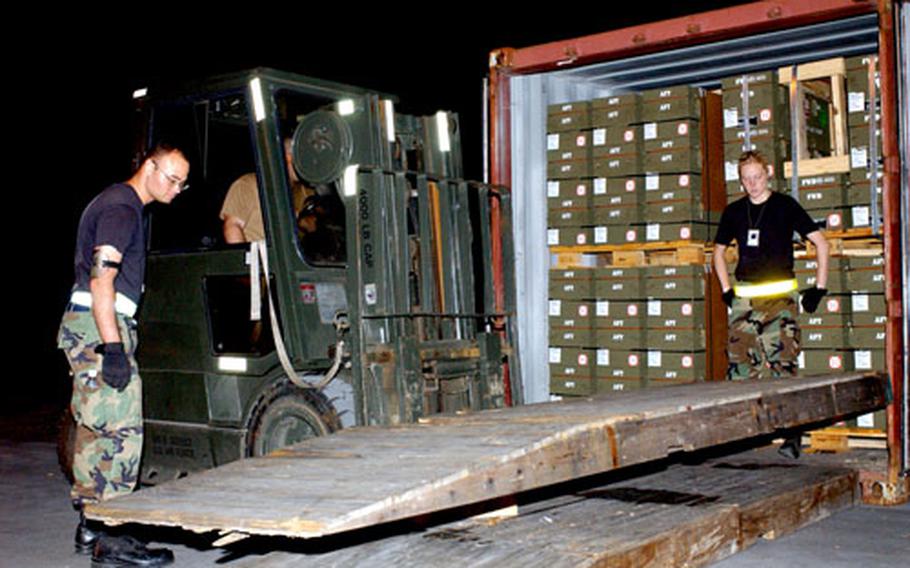 Airmen at Kunsan Air Base in South Korea have completed an annual resupply exercise that has increased the 8th Fighter Wing&#8217;s inventory of newer munitions, including high-tech, precision-guided &#8220;smart bombs.&#8221;

For the Wolf Pack, this year&#8217;s Turbo Cads, which began in early May and ended last week, brought in 200 20-foot steel shipping containers of new munitions valued at $144 million. They were trucked in from the Army&#8217;s Kimhae ammunition pier.

Among items the Wolf Pack shipped out of South Korea were old kits for attaching fins to bombs, said Newton.

Included in the incoming shipment were kits that allow airmen &#8220;to turn a dumb bomb into a JDAM,&#8221; Newton said.

The state-of-the-art JDAM, or Joint Direct Attack Munition, relies on global-positioning satellites to pinpoint its target, which it can home in on targets even at night or in bad weather.

The Wolf Pack put 62 airmen on the job of getting the munitions trucked in or out of the base, Newton said. Of those, 59 were from the Wolf Pack and three were from Holloman Air Force Base, N.M., at Kunsan for training.