Exercise at Kadena clinic focuses on response to anthrax threat 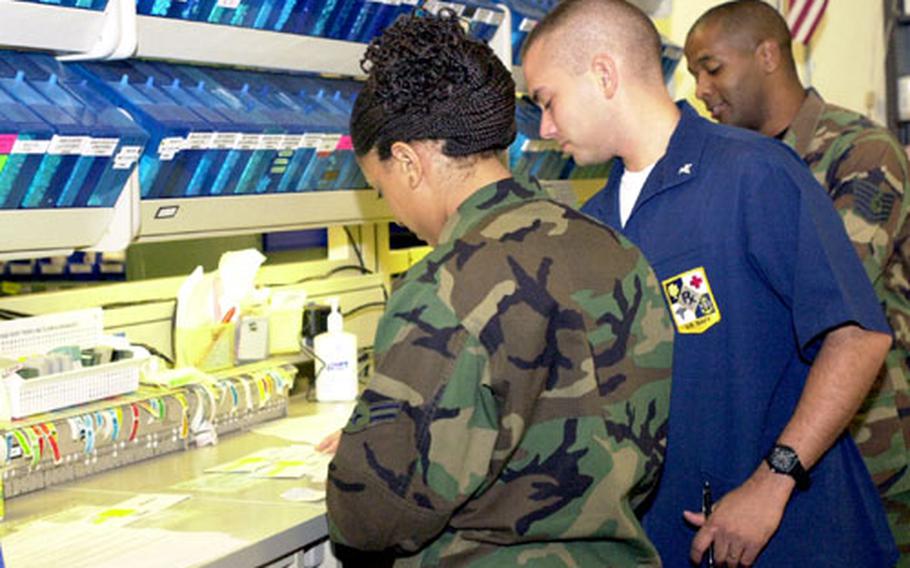 CAMP LESTER, Okinawa &#8212; The 18th Medical Group Clinic on Kadena Air Base was shut down Thursday and almost all operations were moved to the U.S. Naval Hospital here as part of a disaster-response drill.

The scenario had the clinic on the air base being shut down after a letter containing anthrax was received Wednesday night and contaminated the entire building, according to Maj. Christopher Selby, the medical group&#8217;s readiness officer. Once the &#8220;samples&#8221; tested positive, the facility was shut down and the &#8220;alternate facility plan&#8221; kicked in.

Selby said a mock decontamination of one area was completed so a small medical contingency could stay behind Thursday.

He said the group &#8212; including a full range of flight medical services, a family practice team, a pediatrician and technicians &#8212; would work out of another building on base during an actual emergency.

Eighteenth Medical Group support personnel such as technicians and administrators also moved to the hospital.

The drill, the first of its kind between clinic and hospital, helped the staffs learn how to operate together, said Cmdr. Daniel Huhn, the hospital&#8217;s command emergency manager and emergency room department head. &#8220;I was worried the clinics would fill up and patients would come&#8221; to the emergency room &#8220;but that hasn&#8217;t happened,&#8221; Huhn said. &#8220;It&#8217;s working very well. Their staff has integrated with ours and patients are not having to wait too long.&#8221;